Tyron Woodley From The Titan Games: All We Know 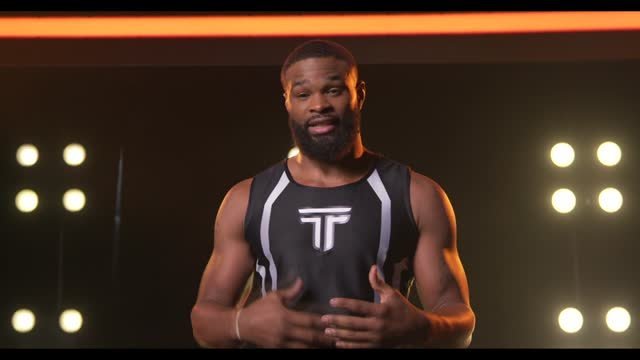 ‘The Titan Games‘ on NBC is a sports reality competition that brings endurance challenges back. We see competitors going through physical and mental challenges, as Dwayne Johnson hosts the series. The show’s tagline is that Titans are not born, they are made, and participants compete to be the last man or woman standing. Amidst the high-endurance contestants, Tyron Woodley stands out for his spectacular credentials. Here’s all you need to know about him.

Where is Tyron Woodley From?

Tyron hails from the Midwest, and Ferguson, Missouri, is his home. Born on April 17, 1982, Tyron studied at McCluer High School, before going to the University of Missouri, and graduating with a degree in agricultural economics. At a young age, Tyron realized that he’d have to escape the life of crime and dedicated himself to athletic and academic excellence.

Who is in Tyron Woodley’s Family?

Tyron is the eleventh of thirteen children, and his parents are Sylvester and Deborah Woodley. While Tyron’s father left the family early in his life, his mother struggled to raise him in a bad neighborhood. However, Tyron remains incredibly close to his mother, as you can see from the appreciative post below.

Woodley is now a father himself, to four kids. He also acts as a father figure to several inner-city males through initiatives like ‘PS Protocol.’ Here’s a picture of Tyron rejoicing that his kids motivate him.

Tyron became a two-time American wrestler in high school, and in college, he became the first Big 12 champion in the school’s history. Soon after, Woodley launched his mixed martial arts career with the Strikeforce organization, exploding on to the circuit with an impressive 7-o record. His bouts ended in knockouts or opponent submissions.

Tyron is not just the king of the hill, but he’s stayed that way by defending his title four times, against Demian Maia, Darren Till, and twice against Stephen “Wonderboy” Thompson. Here’s a photo of Tyron at training.

Outside MMA, Tyron has appeared in several films, and television shows, including ‘Olympus Has Fallen,’ ‘Agents of S.H.I.E.L.D.,’ ‘Sons of Anarchy,’ ‘Straight Outta Compton,’ ‘Hawaii Five-0‘ and ‘S.WA.T.‘ He’s also associated with ‘The Hollywood Beatdown’ on TMZ and appears as a UFC commentator on Fox, and sports analyst on ESPN.

Tyron Woodley Prediction: How Far Will He Go?

Tyron’s past credentials as an MMA champ surely put him on solid footing to progress in the competition. The high-intensity fighting circuit has instilled the participant with a degree of discipline that makes endurance challenges easier. That said, Tyron has to bring his best game forward, as the others will not give him a quarter. Forever a scrapper, we expect Woodley to make it far in ‘The Titan Games.’ We’ll leave you with his most recent post about appearing on the show.