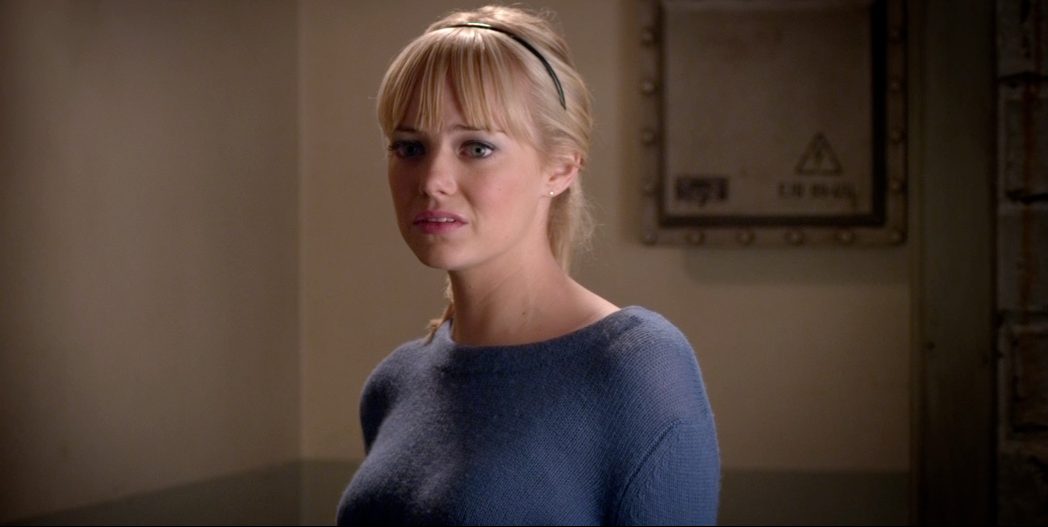 Emma Stone’s Gwen Stacy is one of the most adorable characters in the history of Spider-Man films. The character is the love interest of Peter Parker in two ‘The Amazing Spider-Man’ films, with Andrew Garfield portraying Spider-Man. Garfield and Stone’s charming chemistry conquered the fans, who had to settle with just two films when Spider-Man moved to Marvel Cinematic Universe with a new cast and storylines. When rumors spread about Garfield’s return as Spider-Man in Marvel’s ‘Spider-Man: No Way Home,’ ardent admirers of Gwen Stacy began to wonder whether the character is returning as well. On that note, let us share the answers! SPOILERS AHEAD.

Is Emma Stone’s Gwen Stacy in Spider-Man: No Way Home?

No, Emma Stone’s Gwen Stacy is not in ‘Spider-Man: No Way Home.’ Even though Andrew Garfield’s Peter Parker appears in the film by entering the Marvel universe through the portal created by Ned using Doctor Strange’s Sling Ring, nothing changes regarding Gwen from the events of ‘The Amazing Spider-Man 2.’

At the end of ‘The Amazing Spider-Man 2,’ Garfield’s Peter and Gwen kill the supervillain Electro by overloading his body with power. However, Harry Osborn, who becomes Green Goblin like his father, arrives at the time with his father’s armor and weaponry. He realizes the identity of Spider-Man and as revenge, he abducts Gwen and takes her to the top of a clock tower. Peter tries to rescue her, but Gwen falls from the top and hits the floor despite Peter’s attempt to save her with the web. Gwen dies instantly, leaving Peter in deep distress.

In the final showdown of the film, Garfield’s Peter helps the lot to fight the villains. But during the fight, MJ falls to the ground when she is knocked off a scaffolding. When Holland’s Peter tries to save her, he gets intervened by a villain. Seeing MJ’s fall and the other Peter struggling, Garfield’s Peter dives and rescues MJ before she can hit the ground. He tears up remembering Gwen’s fall and death.

Even though ‘Spider-Man: No Way Home’ doesn’t revive Gwen from her death, the film depicts a much-needed closure for Garfield’s Peter Parker as he frees himself from the grief by saving MJ. After transporting all the villains to their own universes, he also waves goodbye to Holland’s Peter and others. We can hope that he is overcoming the guilt he experiences over Gwen’s death. If a return from death is possible somehow, we can wish for Gwen to be back with Peter someway.

Read More: Is Venom in Spider-Man: No Way Home? [Spoiler]