Is Euphoria Based on a True Story? 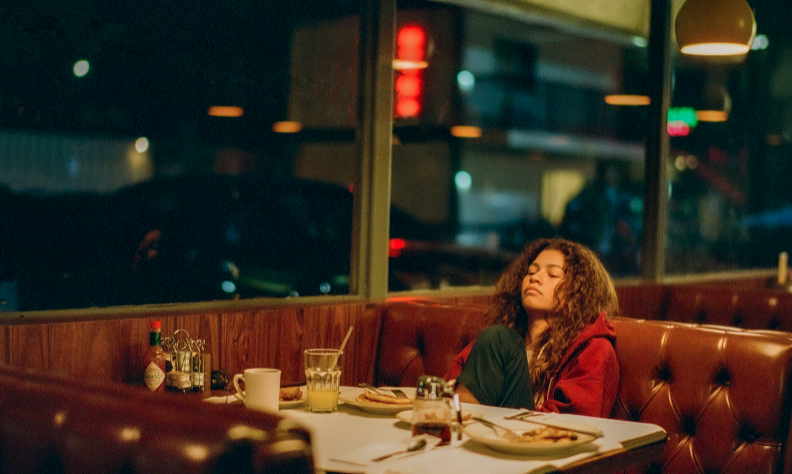 ‘Euphoria‘ is a teen drama series created by Sam Levinson (‘Malcolm & Marie‘) that tells the story of a group of high schoolers who navigate various aspects of life such as love, identity, and friendships while indulging in sex and drugs. Key among the group are Rue (Zendaya) and Jules (Hunter Schafer), whose bond with each other often complicates their lives while simultaneously providing them reprive.

The series deals with numerous sensitive subjects and has received critical acclaim for its story, visual style, and performances. If you have watched the show and the teenagers’ plight made you reflect on your own life, you must be curious whether the narrative is inspired by any real events or true stories. We also got curious about the same and discovered the answers. Here’s everything you need to know about the conception of ‘Euphoria.’

Is Euphoria Based on a True Story?

‘Euphoria’ is partially based on a true story. The series is a loose adaptation of the Israeli drama series of the same name (known as ‘Ophoria’ in Hebrew) created by Ron Leshem. He also served as co-writer alongside Daniel Amsel. The plot of the Israeli series revolves around a group of teenagers who lead callous and carefree lives with little to no parental supervision. While the US adaptation shares the same spirit and some character archetypes as its source material, its core narrative is drastically different. A key plot thread of the original show is reportedly inspired by the real-world murder of teenager Raanan Levy. However, such a storyline is absent from the first season of the US adaptation.

Levinson’s ‘Euphoria’ is instead driven by his personal experiences and those of some of the show’s cast members. The writer-director has stated that he struggled with anxiety and battled drug addiction in his teenage years. Levinson’s experiences are represented in the show through principal characters, Rue, a recovering addict, and Jules, a transgender girl who deals with anxiety.

Levinson opened up about the process behind the show’s creation in an interview with EW. “I was just trying to capture that kind of heightened sense of emotion, when you’re young and how relationships feel. Relationships have such a pull, and people have such a pull, and the world feels like it’s just constantly sort of bearing down on you and that anxiety and those sort of mood swings that I think are inherent to being young, in general then, but are even more so when you struggle with anxiety and depression and addiction,” he said.

Actress Hunter Schafer who plays Jules in the series is also transgender and her real-life experiences also served as an inspiration for her character’s backstory. Similarly, actress Barbie Ferreira who plays Kat also contributed to her character’s personality and backstory by utilizing her personal experiences. Kat is depicted as a body-conscious teenager, and Ferreira’s experiences as a model inform the character’s story arc and dressing style. Zendaya, who plays Rue in the series, has stated that her character is an amalgamation of Levinson and herself. Although the actress confirmed she does not share the same experiences as her fictional counterpart, Zendaya said that her personality syncs with Rue.

The narrative of ‘Euphoria’ deals with real-world issues such as drug abuse, sexual exploitation of minors, anxiety, depression, and many more. It is a raw representation of the malleable minds of young adults and how they navigate these issues. Thus, the series is a realistic portrayal of the problems of modern teenagers and is deeply rooted in real experiences. The characters in the show might be fictional, but the emotions they convey have a semblance of reality and powerfully resonate with the viewers.

Read More: Are Rue and Jules Back Together in Euphoria? Why Did They Break Up?