Is Ferris Bueller’s Day Off Based on a True Story? 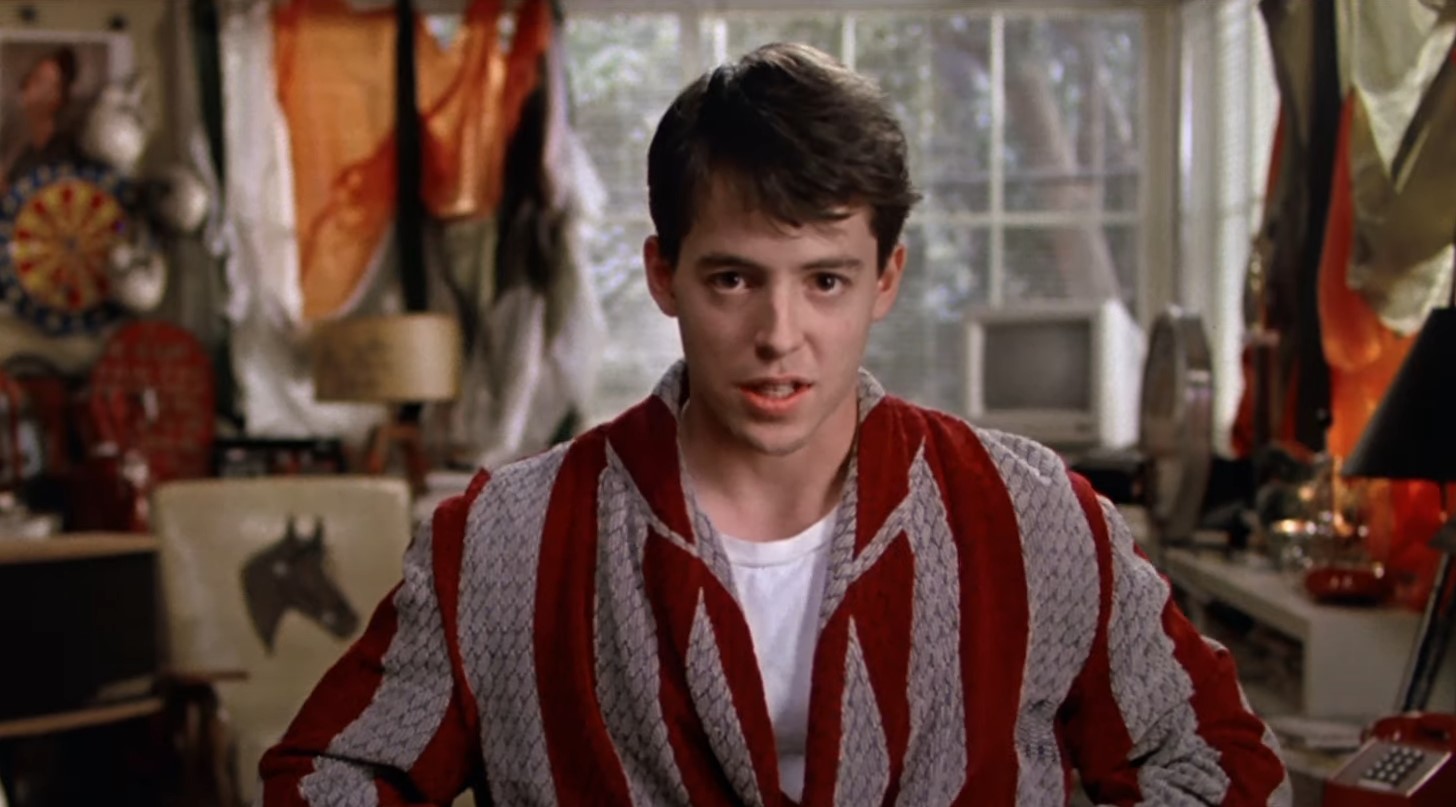 ‘Ferris Bueller’s Day Off’ is a 1986 teen comedy movie helmed by John Hughes. The film revolves around the titular character, who is a high school senior set to graduate in a month. In order to take a day off, Ferris pretends to be ill, convincing his parents to let him stay home. While Ed Rooney, the Dean of Students, is determined to catch Ferris in his lie, the high schooler convinces his friends to go on a day out with him. The events that unfold within a single day are as chaotic as one can hope.

With Matthew Broderick acting as the lead character, the movie has garnered a large fan following due to its unique style of narration, amazing performances, and breezy visuals of the city of Chicago. Throughout the film, Broderick’s character constantly breaks the fourth wall and directly engages with the viewers. Admirers of the movie have been quick to comment upon the narrative and cannot help but wonder how it came about. Is the film inspired by real-life events, or is it purely a work of fiction? Well, we are here to explore the same!

Is Ferris Bueller’s Day Off a True Story?

No, ‘Ferris Bueller’s Day Off’ is not based on a true story. The movie was penned by the iconic John Hughes. The concept originated while John was trying to think hard about what to write. Initially, he thought of the story where he is 17 and knows how his life will proceed. However, that soon morphed into being 17 and having no clue regarding one’s future — and so, Ferris Bueller was born. Notably, the movie seems to be inspired by John’s own high school days.

Edward McNally, a close childhood friend of John, went to the same high school as the director. Edward has several fond memories that seem to bear a resemblance to the incidents in the movie. From what Edward shared about his antics, the character of Ferris Bueller is likely based on Edward himself. He and John went to the same high school in Northbrook, Illinois, called Glenbrook North. “I’ll admit that Ferris-ian high jinks were the everyday stuff of our boyhood lives. Ferris clocked in at nine absences his final high school semester. My own was a breathtaking 27. That might explain the dean’s pursuit,” Edward wrote for The Washington Post. “The key was, from the time I entered high school, all sick notes from our mom were actually penned by our sister Sheila. Even the real ones.”

In fact, Edward, too, was pursued by the dean of his school, who would express his concerns about Edward’s attendance, academic performances, and antics. Combined with the fact that his best friend was called Buehler, it is easy to see why Edward might be considered the main inspiration behind the character of Ferris Bueller. Another similarity between Ferris and Edward is the car escapade that the two went on.

“For one of those Chicago adventures, we secretly borrowed a car almost as ridiculously conspicuous as the 1961 Ferrari 250 GT in the movie: my dad’s purple Cadillac El Dorado (yes, purple). Put an extra 113 miles on the odometer,” Edward reminisced. “Hoping to erase that telltale mileage, we raised the back on a pair of jacks and ran the car in reverse. The Caddy did not fly backward into a ravine, as in the film. What it did do is quickly take off a clean 10,000 miles. Oops.”

On February 25, 1985, the writer developed the storyline for the film and pitched it to Paramount Studios the next day. While Ned Tanen, the chief of the studios, was happy with the concept, he was afraid of the writer’s strike that was to commence within a week. However, John took up the challenge and would spend around 20 hours on his computer in a single sitting while writing the script. The director cum writer adopted the policy of simply writing without pre-meditating a lot about the details. The strategy seemed to have worked since John was able to complete the script before the start of the strike. Just like ‘The Breakfast Club,’ ‘Ferris Bueller’s Day Off’ was shot in John’s alma mater, Glenbrook North in Northbrook, Illinois. The suburban area also served as the setting for the film.

Though the teen comedy is not purely a true story, several elements were reportedly based on people in John’s life. While some aspects were picked straight from the director’s life, other traits were based on the people John knew. He weaved several instances and people from real-life into a craftily narrated story. The characters have their own arc that is a delight to watch. While some of them grow throughout the story, others remain the same. Overall, ‘Ferris Bueller’s Day Off’ provides a realistic and nostalgic feeling to the viewers as they can easily see their own high school days reflected through Ferris Bueller and company.

Read More: Where Was Ferris Bueller’s Day Off Filmed?