Is Fire Island Based on a True Story or a Book? 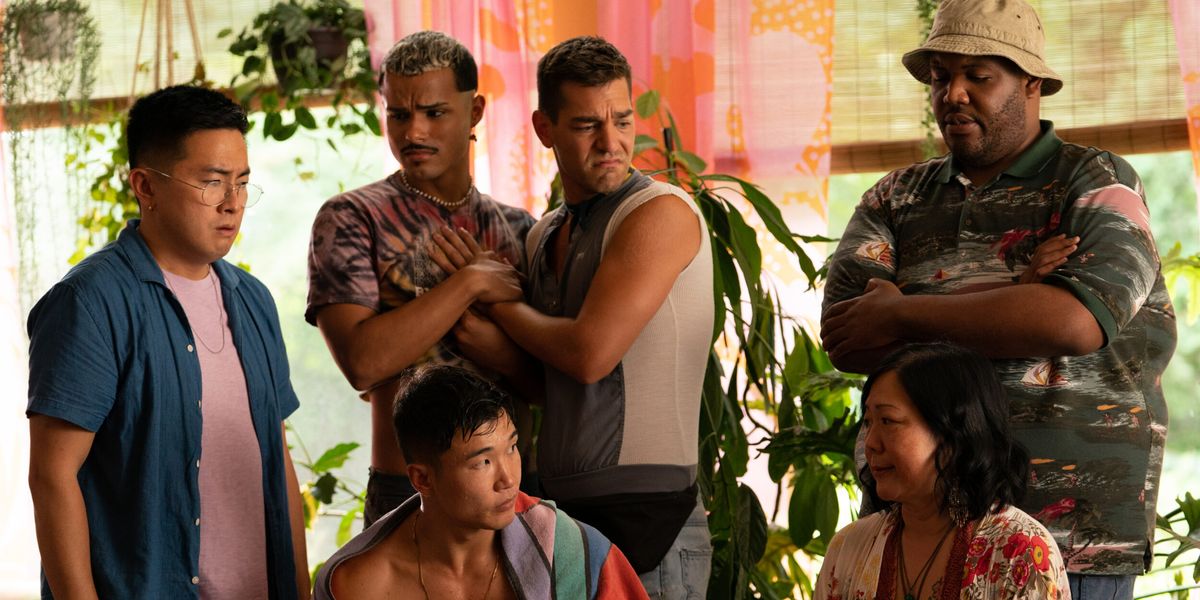 ‘Fire Island’ follows the story of best friends Noah (Joel Kim Booster) and Howie (Bowen Yang), who embark on a week-long vacation on Fire Island, a paradise for the queer community. However, the duo soon grapples with emotional and romantic issues derived from classism and cultural disparity. The romantic comedy movie is directed by Andrew Ahn from a screenplay penned by Booster.

Given the film’s universal themes of friendship, love, and familial bonding, viewers must be wondering whether any real events inspire the movie. On the other hand, the narrative also revokes the essence of classic English literature. Hence, if you wish to find out whether ‘Fire Island’ is inspired by a true story or a book, here is everything you need to know! SPOILERS AHEAD!

Is Fire Island a True Story?

No, ‘Fire Island’ is not based on a true story. The film is a loose adaptation of author Jane Austen’s 1813 novel ‘Pride and Prejudice.’ The film takes the narrative outline of Austen’s novel and populates it with new queer characters, and adapts the story in the context of a gay community. However, it retains some of the essential themes of classism, superficial goodness, and judgmentalism from the original novel.

In an interview, writer and star Joel Kim Booster opened up about the conceptualization of the movie. Booster explained that much of the film is based on his friendship with co-star Bowen Yang. However, the idea to adapt ‘Pride and Prejudice’ has its roots in the duo’s first trip to Fire Island, an island on the south shore of Long Island, New York. Booster stated that he brought along a copy of Austen’s ‘Pride and Prejudice’ on the trip. He felt an instant connection with Austen’s work and how it resonated with a gay man like himself.

Booster likened Austen’s comments about classism in the 17th century to the artificial class system gay men have created within their own community. Initially, the idea of an adaption of ‘Pride and Prejudice’ set in the gay community started as a joke Booster would make. However, after several trips to Fire Island, Booster carved out a script.

The actor/writer revealed that he based a lot of the film’s interpersonal relationships on his friendship with Yang. He stated that the film derives from his personal experiences on Fire Island with Yang and their late-night conversations. Moreover, Booster also added that he attempted to include his personal experiences within the gay community to craft the film’s story.

Director Andrew Ahn boarded the project during the Covid-19 pandemic. He was attracted by the film’s focus on the relationships between the main characters and the community aspects of the story. Ahn noted that Booster’s script stood out because it celebrates the queer Asian American community. The film also tackles the theme of chosen family and highlights the need for love and support from our near and dear ones.

Ultimately, ‘Fire Island’ is a fictional story inspired by Jane Austen’s timeless novel ‘Pride and Prejudice’ and its themes that remain relevant even today. It is immersed in the real experiences of its creative team and shines a new light on the intricacies of the queer community. At the same time, the film is a celebration of friendships, familial relationships, and love. Thus, these universal themes make the story emotionally resonant for viewers from all walks of life.