Is Flag Day Based on a True Story?

‘Flag Day’ is a drama film directed by Sean Penn, who also stars in the lead role. It revolves around a young girl who finds that her father is a conman and struggles to deal with the truth. The movie tells a beautiful yet flawed father-daughter relationship story that will certainly connect with the audience. Penn’s real-life daughter, Dylan Penn, plays his on-screen daughter in the movie. However, does the story itself share any connections to reality? We got curious regarding the same and did a little research. Here’s everything we learned!

Is Flag Day a True Story?

Yes, ‘Flag Day’ is based on a true story. The movie is an adaptation of Jennifer Vogel’s memoir titled ‘Flim-Flam Man: The True Story of My Father’s Counterfeit Life.’ Dylan Penn plays Jennifer Vogel while Sean Penn essays the role of her father, John Vogel. If you avidly watched ‘Unsolved Mysteries’ in the 90s, you might remember the name of John Vogel, who was featured in an episode of the show.

Vogel was a notorious conman known for smuggling drugs, counterfeiting currency, and evading law enforcement. In 1986, Vogel was apprehended and put in jail for an armed bank robbery. After his parole in 1991, Vogel set up a printing business and made counterfeit currency. In January 1995, Vogel tried to ship a package to his office in Minnesota. However, the shipping clerk’s suspicion made her alert the U.S. Customs Department, who found cocaine, some $100 bills, and test strips used for counterfeiting currency.

Secret Service officials then searched Vogel’s business office and found fake bills worth $19 million. Vogel was apprehended but later allowed to leave custody on personal recognizance. However, he disappeared and remained in hiding for the next few months. On July 12, 1995, the FBI tracked down Vogel, who had robbed a bank in Sioux Falls, South Dakota. In the ensuing car chase, he ended up in a ditch and shot himself.

“A federal fugitive who for nearly six months had dodged the best man-hunting efforts of the Secret Service and the U.S. Marshals Office. He was trapped, with a decision to make,” Jennifer wrote in her memoir about her father’s death. 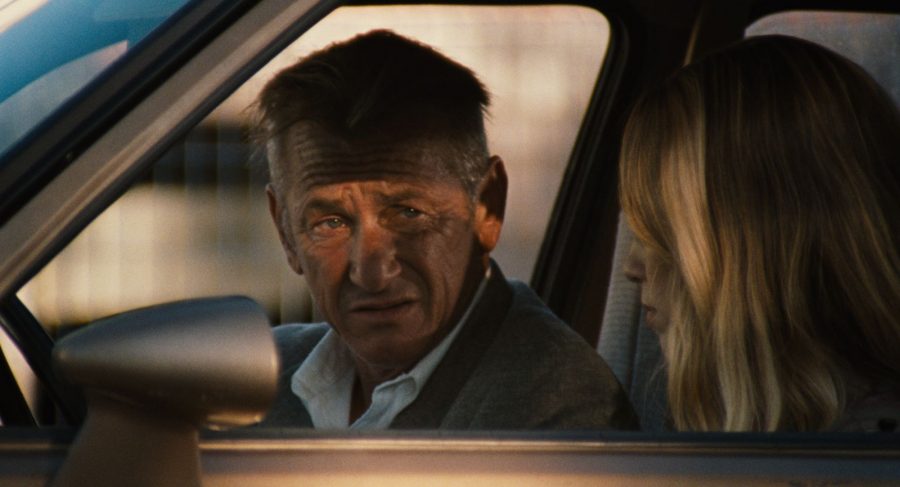 Jennifer detailed her experiences during the six months her father spent evading law enforcement officers and the effect of her father’s shady activities on her life in her memoir. She also shed some light on her childhood and relationship with her father, all of which served as an inspiration for the film. Jennifer went on to become editor in chief of the Seattle-based newspaper The Stranger.

Jennifer, who now resides in her hometown of Minneapolis, was involved with the film adaptation of her memoir. She gave the screenwriters (Jez Butterworth and John-Henry Butterworth) a trip around the parts of the town she grew up in and visited with her dad. This helped the writers understand her relationship with her father and their worldview. During filming, Jennifer also provided the makers with notes that helped them keep the movie realistic. However, the film isn’t completely devoid of cinematic liberties and fictionalization.

Ultimately, ‘Flag Day’ is based on the true story of Jennifer Vogel’s life and her relationship with her father. Despite her father’s life of crime and cons, he had a human side that the film deeply explores. The father-daughter relationship helps us recognize the flaws within our relationships with our loved ones and thus, truly speaks to the viewers’ hearts.