Is Freddie Prinze Jr Married? Who is His Wife? Does He Have Kids? 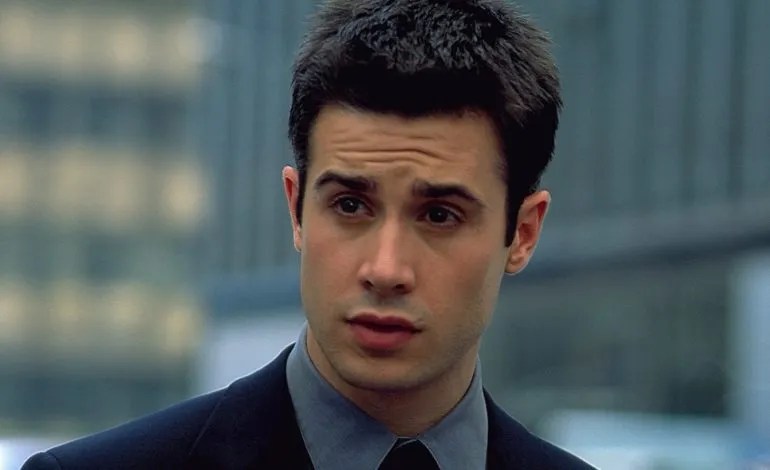 Freddie Prinze Jr. is a famous actor who became a household name for his performance and charming smile in the 1997 film ‘I Know What You Did Last Summer’ and its sequel ‘I Still Know What You Did Last Summer.’ His leading role in the romantic comedy film, ‘She’s All That’ made him the ultimate heartthrob among the teenage audience in the 90s. After appearing in projects like ‘Wing Commander,’ ‘Down to You,’ ‘Boys and Girls,’ ‘Head over Heels,’ and ‘Summer Catch,’ Freddie bagged the role of Fred Jones in the live-action/computer-animated ‘Scooby-Doo’ movies, which garnered him further acclaim.

Freddie can also be seen in a cameo role in ‘Friends,’ as Sandy, the male nanny. The actor kept going from strength to strength, appearing in ‘Freddie,’ ‘Boston Legal,’ ’24,’ ‘Bones,’ ‘Punky Brewster,’ and being the voice behind ‘Star Wars: Rebels’ and ‘Robot Chicken.’ After disappearing from the big screen for over a decade, Freddie is back in his first major on-screen film role in Netflix’s Christmas-themed rom-com, ‘Christmas With You.’ Naturally, his fans must be eager to know more about the special person in his life as well as his family and kids. Well, here is what we found out!

Freddie Prinze Jr. and Sarah Michelle Gellar: How Did They Meet?

Since 2002, Freddie Prinze Jr. is married to his ‘I Know What You Did Last Summer’ co-star, actress Sarah Michelle Gellar. The tale of how the two met is a heartwarming and sweet one. Freddie and Sarah didn’t click right away when they first met on the set of the 1997 film ‘I Know What You Did Last Summer.’ In an exclusive interview with US Weekly in February 2020, Freddie said that since the New York native didn’t know how to drive, he drove her to work and also took her on road trips between takes.

The LA native said, “We just would talk about life and stuff like that, and we had completely different philosophies on just about everything.” The friendship between the pair began with Freddie’s desire to cook for his now-wife, who he thought “was too skinny” at the time. He recalled, “So, we started this weekly barbeque thing at her place, and I’d come over and make stuff for her and her friends. Then we would make sure everyone had enough to eat, and that was kind of how our friendship got started.”

Back in 2000, an accidental date owing to the absence of a mutual friend got the pair together. Sarah recalled their first date to PEOPLE, saying, “We were friends for a very long time. We’d had many dinners before. And we were supposed to go with someone else, and the third person didn’t make it out, and we still decided to go. We were just two people at dinner catching up. We had a long car ride, and a long dinner, and things just happened.” After their first date, the couple never looked elsewhere for love. As they got to know each other better, their bond kept strengthening.

After dating for a year, Freddie and Sarah got engaged in April 2001. The couple got married in September 2002 in Mexico at the El Careyes resort in the presence of their family and friends. Talking about how they keep the spark in their marriage alive even after over two decades, Freddie said, “If you love and respect someone, what brings them joy should make you happy, whether you’re involved with it or not. So, let your girls watch what they want to watch. Let your dudes watch what they want to watch. Don’t give them a hard time.”

Freddie and Sarah’s accidental love story has now made the pair one of the strongest, everlasting couples in Hollywood who has been married for two decades. In the same interview with US Weekly, the ‘Christmas With You’ star spilled the beans about the key to a happy marriage. He shared, “There’s no keys. There’s no rules. There’s nothing like that. I don’t believe in false expectations. I just believe in knowing who you are when you start a relationship. And if you don’t, then that relationship probably isn’t going to work.”

Freddie and Sarah cherished their lives together as a family of two before deciding to expand their family. The couple welcomed their first baby, beautiful and superbly talented little Charlotte Grace Prinze, on September 19, 2009. The duo became proud parents to their second baby, Rocky James Prinze, on September 20, 2012. After becoming mother and father to their wonderful children, the pair’s lives changed forever.

Since having children, Freddie and Sarah have alternated projects to guarantee that a parent is always present with the kids. “That was pretty much it for me when my daughter was born, and I started working full-time as a parent. Not a job at all. It’s what I enjoy doing,” he said to E! News. Sarah continues to appear on TV shows but is mostly focused on Foodstirs, the company she co-founded that sells organic, non-GMO baking kits and mixes.

As parents, the duo is on the strict end, where their children are not allowed to be on social media. However, that has helped the kids focus more on their extracurriculars. Charlotte, now 13, is following in her parents’ footsteps and is interested in performing on stage. She made her acting debut as baby Simba in ‘The Lion King’ in 2016. The young performer is also interested in boxing and loves to show off her impressive moves. Rocky, now 10, loves to skateboard and box like his older sister. The family of four enjoys every tiny moment in their home in LA, and we wish them the best for their future.

Read More: Is Aimee Garcia Dating? Who is Her Boyfriend?