Is Free Guy on HBO Max, Netflix, Hulu, or Prime? 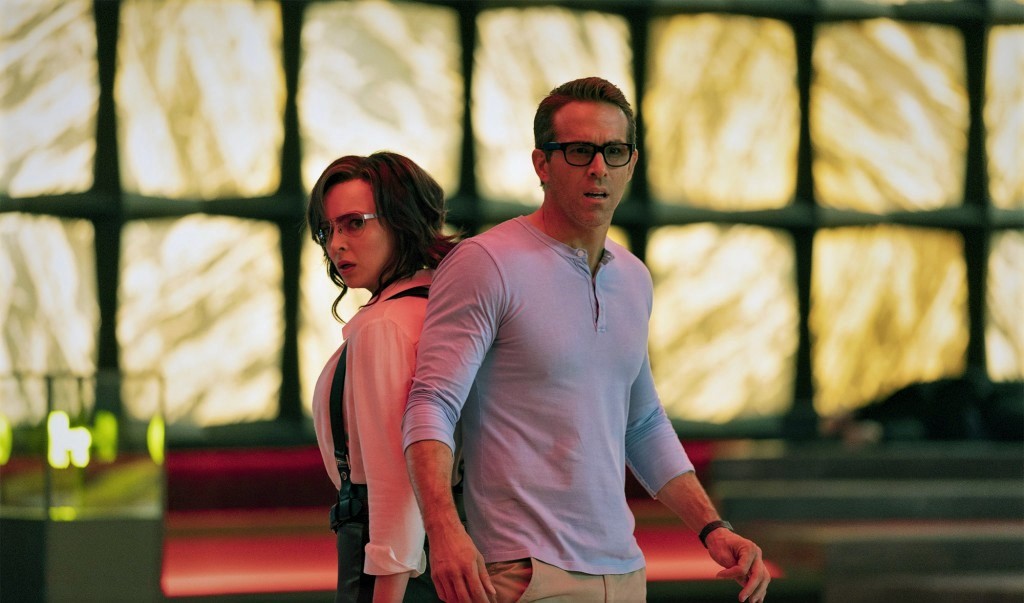 Directed by Shawn Levy, ‘Free Guy’ is a science fiction comedy movie that features Ryan Reynolds, Jodie Comer, Lil Rel Howery, Utkarsh Ambudkar, Joe Keery, and Taika Waititi. It recounts the story of an innocent and kind bank teller who comes to the realization that he is a non-playing character in a game. After his unexpected epiphany, he begins to use his newfound knowledge to do experiments that befuddle the game’s programmers and changes his world in unthinkable ways. The entertaining story of unplanned misadventures can get anyone hooked and if you plan on watching it then here’s everything you need to know.

What is Free Guy About?

In the open-world video game Free City, Guy is a non-playing character who is honestly committed to his work as a bank teller unbeknownst to the reality of his existence. However, one careful observation he slowly begins to realize the bitter truth of the world which is further cemented after an encounter with a girl named Molotov Girl. However, behind the scenes, there is a much bigger conflict at play that Guy can’t comprehend in his wildest dreams.

For the development of Free City, the source code of a game named Life Itself was stolen. One of its co-creators Millie Rusk now wants to find proof of the theft to establish beyond proof that he deserves credit for the development of the now-famous open-world video game. In order to do so, he himself enters the game and ends up changing the game world in unexpected ways. In order to find out how the story unfolds you have to watch ‘Free Guy.’ Here’s how you can do that.

Is Free Guy on Netflix?

People who are looking for ‘Free Guy’ on Netflix on the platform will be disappointed since the movie is not accessible on the streaming giant. We recommend our readers alternatively stream ‘6 Underground.’

Is Free Guy on Hulu?

Hulu subscribers will have to check for the movie on other platforms since ‘Free Guy’ is not part of its other impressive catalog of films and television shows. Viewers who wish to watch other somewhat similar movies on the website can instead watch ‘Boss Level.’

Is Free Guy on Amazon Prime?

Although ‘Free Guy’ is not part of Amazon Prime’s current offerings, people who wish to rent the film can head here. It is accessible as on-demand content for $19.99.

Is Free Guy on HBO Max?

Although the Shawn Levy directorial is not available on HBO Max. But the film is expected to be available on the website in the future. However, there has been no official confirmation of the same as of now. We recommend you check the official website regularly. In the meantime, viewers looking for something similar can stream ‘Ready Player One.’

Is Free Guy on Disney+?

Disney+ subscribers who are expecting the film to be available on the platform in the future should know that it’s highly unlikely. The science-fiction movie will probably release on HBO Max as mentioned above. Subscribers can alternatively watch ‘Tomorrowland: A World Beyond.’

Where to Watch Free Guy Online?

‘Free Guy’ was released theatrically all over the United States on August 13, 2021. People who wish to watch the movie in cinema halls can head here to book their tickets. You can also rent/purchase the science-fiction comedy film on the popular Microsoft Store, Vudu, Redbox, iTunes, Play Store, and YouTube. DirecTV also has the Rey Reynolds-starrer in its catalog.

How to Stream Free Guy for Free?

Since you can only watch ‘Free Guy’ on VOD platforms and in theaters it is currently not possible to watch the movie for free. We recommend our readers always pay for the content they wish to consume online.