Is From Paris With Love a True Story? 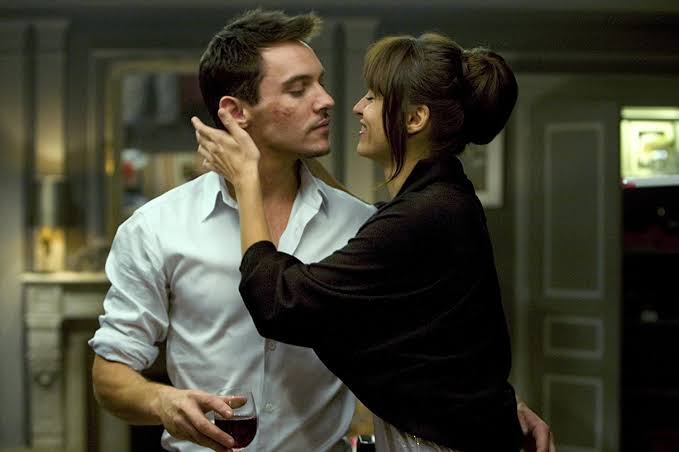 ‘From Paris With Love’ takes ‘Training Day’ to a whole new level. The action-thriller is directed by Pierre Morel, better known as the director of the smash-hit, ‘Taken’. Although ‘From Paris With Love’ released in the year 2010 to a lackluster response from audiences, its nerve-wracking plot peppered with hilarity earned it a spot as fan-favorite on streaming platform Netflix. The movie stars the effervescent John Travolta, Jonathan Rhys Meyers, Kasia Smutniak, and Richard Durden.

In the movie, Rhys Meyers plays the role of Reese, an ambassador’s aide who moonlights as a rookie CIA operative. Reese is living the good life in Paris, complete with a high-end job and wonderful girlfriend. Still, the multi-talented Reese fantasizes about living life as large as 007. He is eager to up the ante and get his hands dirty with more CIA work. Reese’s wishes are granted when he is paired with top-level secret agent, Charlie Wax, played by Travolta.

Wax is far from what Reese imagined the quintessential CIA agent to be. Instead of oozing slick and suave à la Bond, Wax is brutish, brash, unconventional in his methods, and unethical in his ways. Yet, Wax takes Reese under his wing, so to speak, and attempts to teach him the tricks of the CIA trade. Wax reveals to Reese that their present mission is an important one: to trace and track down a notorious drug ring. The two are more in-sync than may seem, and they end up making some inroads with the drug case. But when Wax reveals to Reese that they are, in fact, hot on the trail of terrorists, as opposed to drug dealers, the rookie Reese realizes he may have bitten off more than he can chew. The two then proceed to foil a sinister plot to blow the US Embassy in Paris to bits. The two put their heads together to best the terrorists and save hundreds of lives.

Given that Morel’s work has often taken root in reality – ‘Taken’ is thought to be based on the tragic life and times of William Hillar –  one might be compelled to wonder if ‘From Paris With Love’ follows this trend. Here, we uncover how the movie came to be.

Is From Paris With Love Based on a True Story?

No, From Paris With Love is not based on a true story. The film is actually based on an original screenplay up by famed writer, director, and producer Luc Besson (of ‘La Femme Nikita’, ‘Léon: The Professional’ and ‘The Fifth Element’ fame). It becomes clear, however, that the filmmakers of ‘From Paris With Love’ (FPWL) drew inspiration from several cinematic greats – scenes from the movie feature nods to many a movie masterpiece.

The Besson film emulates the classic chess scene from the James Bond flick, ‘From Russia With Love.’ The movie features an engaging chess match between an ambassador and federal agent Reese. Orson Welles’ ‘Lady From Shanghai’ also appears to have served as an inspiration to Besson and co-writer Hasak. As a nod to the Welles’ film’s epic fun-house fight sequence, featured in FPWL is a nail-biting battle that takes place in a mannequin factory. Travolta’s Wax also utters the phrase, “Check me!”, made popular by previous year’s release ‘The Taking of Pelham 123.’

The actors also brought their own insights and inputs to their respective roles. In fact, to prepare for the role of Wax, Travolta took to the streets of his hometown to get an in-depth unfiltered look at what transpired underground. Of the experience, says Travolta, “And, of course, I hung out with some undercover guys in my hometown. They were kind enough to let me hang out with them, so I would spend the night driving the streets of Ocala and going into these different areas that were in trouble, and see what these guys do, and it was like a microcosm of where it is all over the world.”

In an interview, director Morel also revealed that Travolta and Meyers’ own personality fed into and resonated with that of the characters they played in the film. Morel clarified, “The two guys in real life are very similar to the two guys in the movie. John’s character, Wax, is a crazy guy that improvises all the time, when Jonathan’s character, Reese, is an everything-meticulous, by-the-book type of guy.”