Is Grand Crew A True Story? Where Is It Filmed? 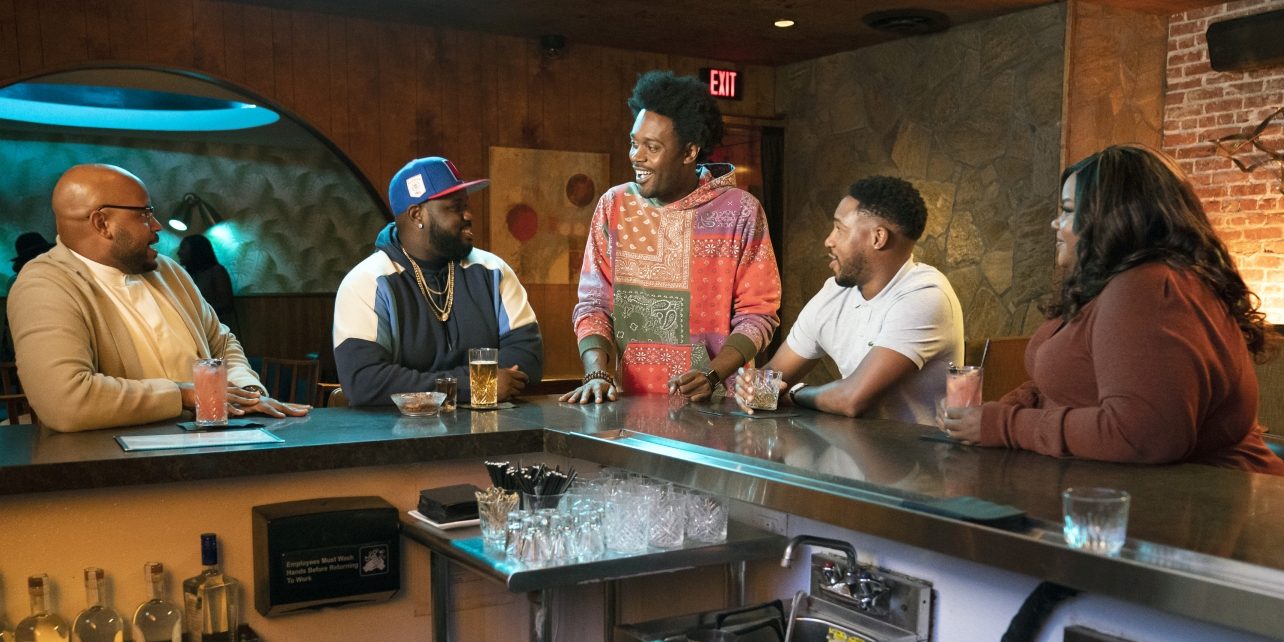 The duo of writer-producer Phil Augusta Jackson and co-creator/executive producer Dan Goor packs a range of emotions in the NBC original sitcom series ‘Grand Crew.’ The story revolves around a group of friends, who traverse the ups and downs of urban life, seldom catching up in a wine bar. They cannot be more different, but the only connection is that they all belong to the African American community.

Following its premiere, the wild and passionate series gained widespread fan praise for its brilliant characterization, ambient setting, and deadpan comedy. Some critics have also likened the series with ‘Friends,’ and the similarities are anybody’s guess. One should add that the wine bar is also a timely upgrade on Central Perk. However, you may want to know where the series is filmed. Also, does the dimly lit wine bar exist in real life? Let us find out!

‘Grand Crew’ is filmed in its entirety in the US, especially in and around California. Sitcoms often “dupe” their viewers by setting the story in one city and filming it differently. This series steers clear of such tricks. Let us now visit the specific site where the show is filmed.

The entirety of the series is filmed in and around Los Angeles, the vast and gorgeous metropolis on California’s west coast and a sort of Mecca for the cinema industry. Thankfully, unlike other sitcoms set elsewhere, this series is also set in Los Angeles. The producers and creative members do not have to head far out, and commuting to the sets is somewhat less hectic, as most production members hail from the city.

Paramount Picture Studios, a central motion pictures production facility located at 5555 Melrose Avenue, lent its premises to film the series’ first season. The vast sixty-five-acre premise has thirty soundstages and some backlot area, including the one-of-a-kind New York Street backlot. One of Hollywood’s so-called Big Five production companies, the studio has previously produced sitcoms like ‘Everybody Hates Chris’ and ‘Frasier.’

Is Grand Crew Based on A True Story?

No, ‘Grand Crew’ is not based on a true story. However, the friendship and the comedy come off as genuine, thanks to the seamless collaboration of the cast and crew members. Moreover, some characters are written with possible actors and actresses in mind. Phil Augusta Jackson created the series with Dan Goor and a slew of talented writers. The two previously collaborated in the writing room of ‘Brooklyn Nine-Nine‘ and thus knew each other’s creative strengths and boundaries.

Nicole Byer of ‘Nailed It!’ fame brings her ubiquitous comic energy into the character of Nicky from the series. When she heard that Phil Augusta was writing a character with her in mind, Nicole could not help but board the exciting journey. Nicole and Phil first met years ago while working in New York. Thus, Phil knew parts and aspects of Nicole’s life, which he incorporated into the character. For instance, Nicole lost her mother in her teenage years, much like her character Nicky in the story.

The death of Nicole’s mother has been a pivotal point in her life and influenced her career choices in adulthood, attested the prolific performer. However, she would also laugh and have a nice time over fretting over something, assured Byer. And if staying happy and alive is all that matters, the series surely packs a great deal of banter, laughter, and equations to set you up for the binge. Therefore, considering Nicole’s character, the show has quite a realistic overtone even if it seamlessly mingles imagination with realism.