Is Hello, Goodbye, and Everything in Between Based on a True Story or a Book? 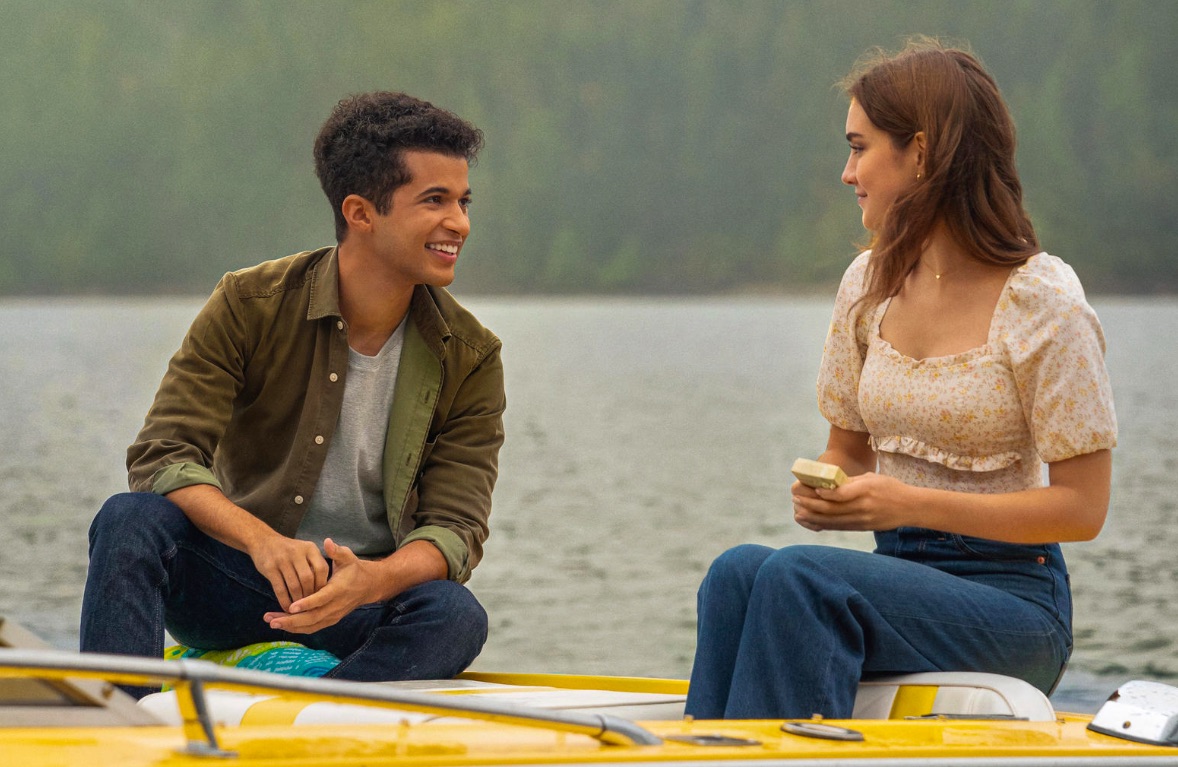 ‘Hello, Goodbye and Everything in Between’ follows the story of Clare and Aidan. At the beginning of their relationship, they’d decided to end things before leaving for college. They spent a wonderful time together during school, but with the expiration date of their relationship knocking at their doorstep, they have to make a decision. Should they stay together, or should they split up?

Directed by Michael Lewen, the film has a very real conflict at its core. The prospect of long-distance often makes people reconsider the terms of their relationships. The characters in this film go through a similar struggle. If this makes you wonder whether this story has its roots in reality, we have the answer. SPOILERS AHEAD

Is Hello, Goodbye, and Everything in Between a True Story?

‘Hello, Goodbye and Everything in Between’ is not inspired by a true story but is based on a book of the same name by Jennifer E. Smith. The novel was first published in 2015. While Smith had previously written a couple of YA novels, the stories had always focused on the beginning of something promising, exploring the first steps of a relationship. In ‘Hello, Goodbye’, she wanted to explore the end of something great. “It’s a deeper relationship right off the bat, which means more emotion, more baggage, more intensity,” she said.

What made writing this story challenging was condensing the two years of a relationship into something that would allow the audience to not only connect with the characters but also root for them. Limiting the timeline didn’t make things any easier, but it did help her create mileposts in the story. Smith also considers time and fate more potent villains in a love story than a bad guy. “I don’t like to write bad guys. I prefer to let time and fate and circumstance be the obstacles in my stories.  But I’m also fascinated by those same themes – time and distance, chance and serendipity – and so they’re a lot of fun for me to explore, and I tend to keep returning to them in different ways,” she said.

Her fascination with the themes of fate and timing also appears in her other books, which allows “a certain amount of nostalgia” as a lot of flashbacks are employed to fill in the story. Smith feels that this approach also creates a deeper connection with the characters. “When you’re really in the moment with a character and you’re present, it almost doesn’t matter that you’re tracing your lives out over multiple years, because you’re seeing a profound moment in their lives and seeing how they react in these situations, and seeing what they do at every fork in the road. You just feel like you get to know them, and then because of the short time frame you feel like you’re with them,” she said.

The limited timeframe also gives Smith the opportunity to leave the fate of the characters in the hands of the reader. She likes to end her books “on ellipses rather than an exclamation point”. Keeping things open-ended gives readers the opportunity to toy with the future of the characters, giving a more personal touch to the “what if” scenarios that often appear in Smith’s stories. While they are primarily centered on romance, Smith doesn’t like to categorize her books that way. “I don’t really think of my books as romances. I realize they have couples on the cover – and hearts! – but the family elements to the stories are really important to me too, so I think of them more as just realistic fiction,” she said.

The realism clearly appears in ‘Hello, Goodbye, and Everything in Between’, where the characters tussle with a question that often plagues people in real life. Actor Jordan Fisher, who plays Aidan, was attracted to this side of the book. He found several elements relatable and understood that the importance of the story lies in the fact that, at its core, it follows a very real dilemma.

Read More: Hello, Goodbye, and Everything in Between Soundtrack: Where to Listen to its Songs?