Is Honey Girls Based on a True Story? 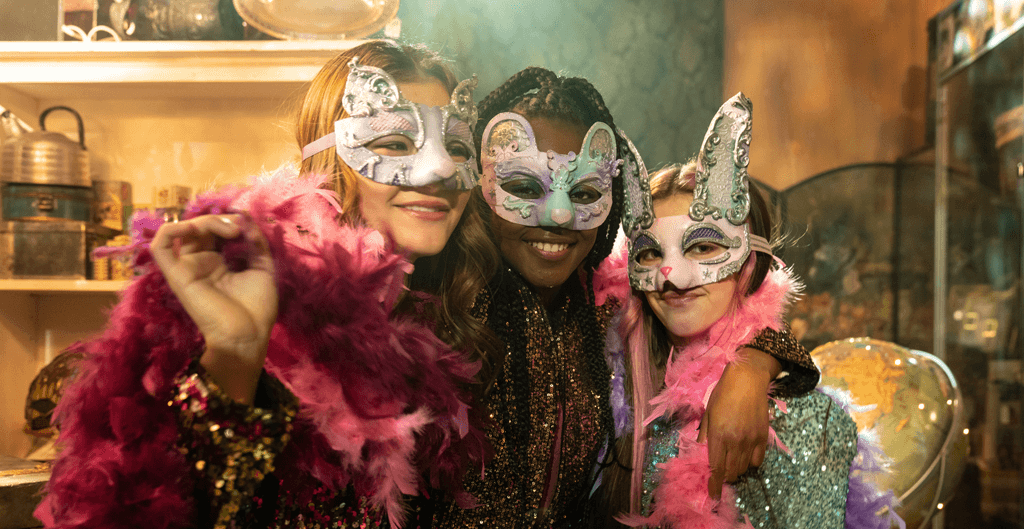 Directed by Trey Fanjoy, Honey Girls is a musical family comedy movie that revolves around three girls Maya, Alex, and Charlie, who meet as contestants on a music contest organized by Fancy G, a global pop sensation. While vying for the title of the next big solo artist, the trio forms an unbreakable bond that leads them to create a secret band named Honey Girls. As they begin performing under disguises, they instantly become famous. However, the girls are soon faced with the risk of Fancy G uncovering their ruse and eliminating them from the contest.

Starring Ashanti, Ava Grace, Aliyah Mastin, and Frankie McNellis among others, ‘Honey Bears’ focuses on the themes of friendship, passion, and standing up for one’s beliefs. The refreshing performances of the talented cast members as well as the inspiring journey of the protagonists as they follow their dreams make the audience wonder whether the movie is based on a true story. In case you wish to find out as well, we’ve got you covered. Let’s find out together.

Is Honey Girls Based on a True Story?

No, ‘Honey Girls’ is not based on a true story. However, the main three protagonists Alex, Charlie, and Maya are based on the Honey Girls toy collection from Build-A-Bear. It consists of three pop star teddy bears named Teegan, Risa, and Viv who travel all over the world while performing music. The toy characters also have several interactive animated music videos and stories depicting their adventures.

Furthermore, Ashanti who plays Fancy G is a real-life R&B musician who has several hit studio albums such as ‘Concrete Rose’ and ‘Braveheart’ to her name. Ava Grace who portrays Charlie is also a budding musician apart off-screen. Moreover, ‘Honey Girls’ shares commonality with the ‘Hannah Montana’ series, which features the titular pop star who leads a dual life as she hides her famous identity from the world. Another similar movie is ‘Pitch Perfect‘ which follows the all-girls a capella group of Barden University as they navigate their path to winning the Nationals.

Apart from the musical talent of the protagonists, these movies also highlight the importance of friendship, as well as girl power. Also, ‘Honey Girls’ bears resemblance to the stories of numerous young girl bands such as GForce, an all-girl pop band from Ontario that appeared on ‘America’s Got Talent’ season 14. In addition, the music contest format depicted in the movie draws from various music-based TV reality shows.

Thus, even though ‘Honey Girls’ is not based on a true story, it has several elements that have been inspired by real life. On top of that, the acting skills of the cast members as well as the hard work of its writers Mike Mariano, Cindy McCreery, and Sharon Price John adds to its believability.