Where Was Honey Girls Filmed? 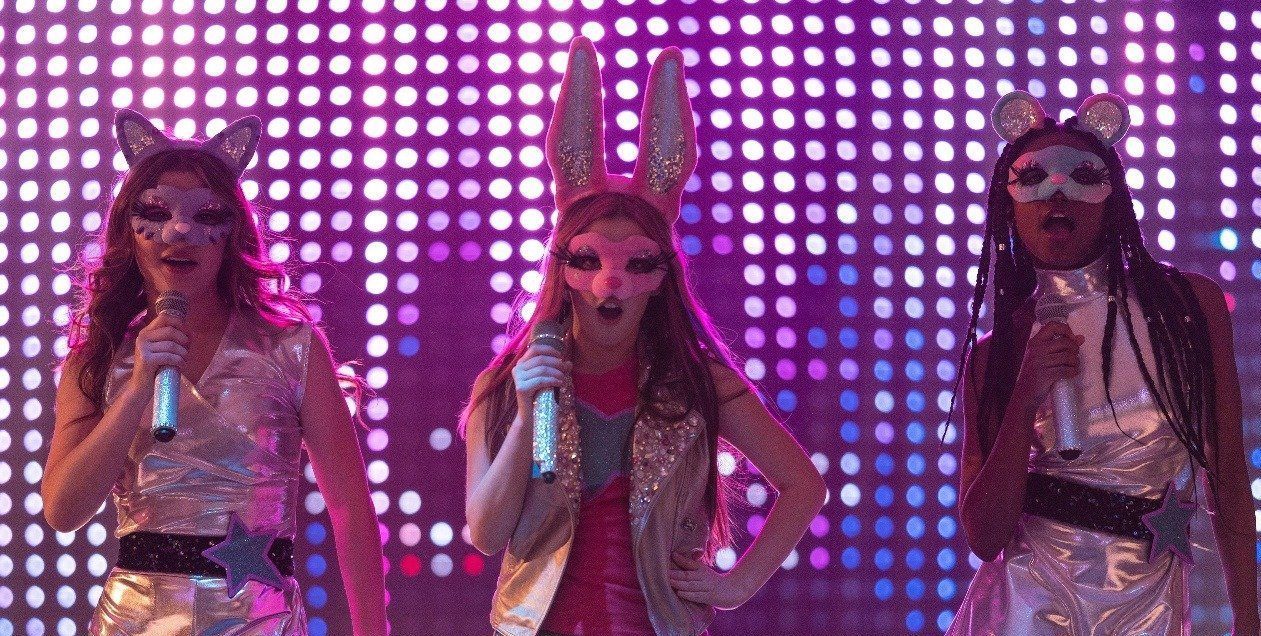 ‘Honey Girls’ is a musical comedy movie directed by Trey Fanjoy, based on the eponymous Build-A-Bear toy line. The story revolves around Fancy G, a mega pop star who hosts a big-level contest in search of the next big solo music artist. Maya, Charlie, and Alex are three of the contestants who form an instant friendship due to their common love for music. The trio thus decides to divert from the contest and form their own secret band named Honey Girls. Soon, they rise to fame and have hilarious escapades while trying to hide their identity from Fancy G.

A tale of sisterhood, girl power, and finding where one truly belongs in life, ‘Honey Girls’ is a fun movie to enjoy with family. The glamorous backdrop of a music contest and backstage visuals add a touch of excitement to the narrative. In case you’re curious to find out where this musical delight was filmed, we’ve got all the details you need. Let’s dive in!

‘Honey Girls’ was filmed entirely in the British Columbia province, particularly in Vancouver. Principal photography for the movie commenced on February 17, 2021, and was most likely completed in mid-March 2021. The cast and crew quarantined together for two weeks and had a great time working with each other.

British Columbia is a highly popular filming destination due to its picturesque and diverse landscape. In addition, the province provides regional tax concessions on film and TV production and has an established network of trained artists and crew. Now, here are more details about the filming locations of ‘Honey Girls.’

‘Honey Girls’ was filmed entirely in Vancouver, a lively seaport city on the western coast of British Columbia. Popularly called Hollywood North, Vancouver is a hotspot for filming movies and TV shows. The hi-tech movie studios and the consistent cloud cover that creates ideal natural lighting for filming are a few of the benefits of filming in the city. Furthermore, some of the most prominent actors and production artists are based in Vancouver, thus giving filmmakers access to infinite talent.

The movies ‘Brazen,’ ‘Deadpool 2,’ and ‘Fifty Shades of Grey,’ as well as the TV series ‘Resident Alien,’ ‘Superman and Lois,’ and ‘Midnight Mass‘ were filmed there. Vancouver is also a known center for art, ethnic diversity, music, and theater, and has several museums and performing spaces. Some of the most major landmarks in the city include the University of British Columbia campus, Vancouver Art Gallery, Museum of Anthropology, and Orpheum Theater.

Read More: Is Honey Girls Based on a True Story?