Is Jack Ryan’s Alexei Petrov Based on a Real Russian Politician?

Prime Video’s ‘Tom Clancy’s Jack Ryan’ is a fictional spy thriller that uses some very real-world conflicts to create an engaging story. In the third season, the show turns its focus toward Eastern Europe where a conflict with Russia creates a rather tense situation. Despite its fictional elements, the story has parallels to real-life political conflicts, especially in the Russia-Ukraine war. The show’s close mirroring of reality makes one wonder what else in it is based on real things. One such question arises about Alexei Petrov, one of the main antagonists in Season 3. He plays the role of Russia’s defense minister. If you are wondering whether is based on a real person, then here’s what you should know.

Is Alexei Petrov Based on Real Russian Defence Minister?

Per the show, the entire story and characters are fictional, and there is no confirmation about the inspiration for Alexei Petrov’s character. The writers came up with him on their own and wrote him in a manner that would make the mission all the more perilous for the protagonist. Even though he is completely made up, there are a couple of people that he could have been inspired by. 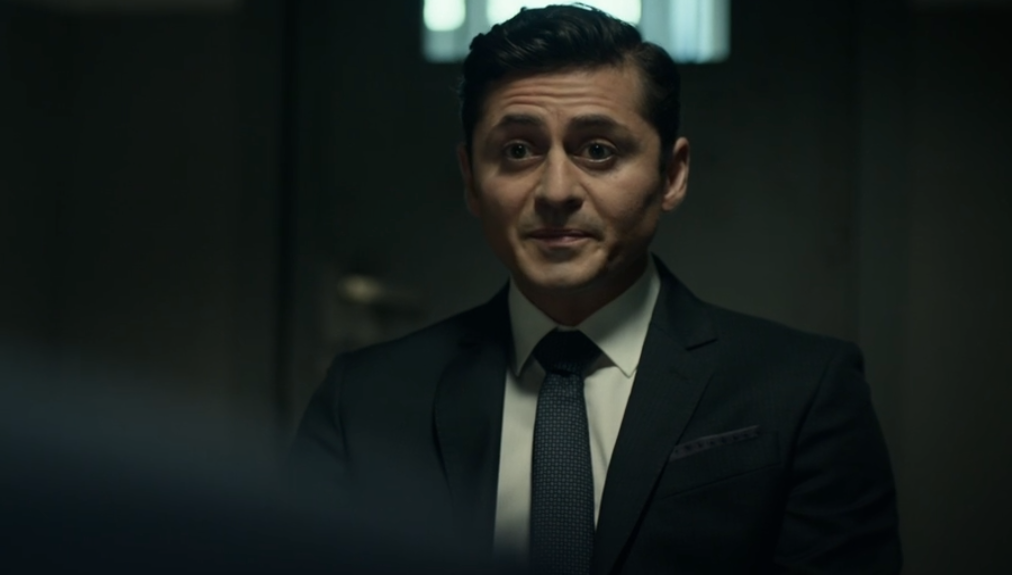 One of the main plot points in ‘Jack Ryan’ Season 3 is Crossbow. It is a secret coup orchestrated by Petr Kovac to install Alexei Petrov as the President of Russia so that they can continue with their plans to create chaos in Eastern Europe leading to war, giving Russia an opportunity to reclaim the territories it lost when the Soviet Union dissolved. Something similar happened in August 1991, when Russian President Mikhail Gorbachev had to deal with a coup concocted by the Communist party that disliked his approach to running the country.

The plan was to secretly hold Gorbachev captive while installing then-Vice President Gennady Yanayev as the President citing serious health concerns for Gorbachev. No one needed to know how the power transfer took place, but then Gorbachev loyalists, including Boris Yeltsin, fought back and the whole plan fizzled out in a matter of days. It is possible that Alexei Petrov’s character was written keeping Yanayev in mind, but while Alexei is shown to be dedicated to the cause and determined to do whatever it takes, Yanayev was of much feebler resolve.

The real people in charge of the coup were defense minister Dmitry Yazov, KGB chief Vladimir Kryuchkov, and interior minister Boris Pugo. It is likely that once the coup succeeded one of them would have taken charge as the President, but things never got to that point. Considering that they had much more active involvement in planning and executing the coup, it is possible that the character of Alexei Petrov was modeled after them.

In the end, Alexei loses and is in fact killed as soon as President Surikov takes back power. Parallel to this, in real life, Boris Pugo was the main conspirator who died following the coup’s failure. It is said that he received a call for the investigation of the event. Pugo feared arrest and what would happen to him when he was found guilty. To escape the consequences of his actions, he killed himself. His wife also died the same day, though it is not confirmed whether he killed her or if she killed herself.

As for the rest of the people involved in the conspiracy life was much more forgiving. All of them, including Yanayev, were sent to prison and served time for committing an act of treason. They didn’t however, spend too much time in prison, with most of them being pardoned or getting out on amnesty. Gennady Yanayev died at the age of 73 in 2010 due to lung cancer. Dmitry Yazov died at the age of 95 in 2020 due to “a serious and prolonged illness”. Vladimir Kryuchkov died at the age of 83 in 2007. Considering all this, it looks like Alexei might be a mix of these real-life figures, but one with his own personal and professional trajectory.