Is Lea Michele Married? Who is Her Husband? Does She Have Kids?

The 2006 Broadway rendition of ‘Spring Awakening’ is a coming-of-age rock musical based on the eponymous 1891 play. The original cast of the musical included many notable names, one of them being Lea Michele Sarfati or Lea Michele, who took up the role of Wendla. After her theatre performance, Lea went on to join the cast of ‘Glee,’ through which she became a household name. Through her acting and singing talents, Lea brought the role of Rachel Berry in the musical comedy to life and gained a huge fan following.

Born on August 29, 1986, in The Bronx, New York, Lea is the only child of Edith Thomasina and Mark David Sarfati, who supported her theatre dreams wholeheartedly. Lea’s theatre career started as early as middle school. The actress dropped her last name at a young age and started using her middle name. With an established career in the entertainment industry, fans have always been curious about her personal life and relationship status. Well, here’s all you need to know!

Lea Michele and John Lloyd Young were part of the 2008 version of ‘Les Miserables.’ After the production wrapped up, the two dated for a year before splitting up. The Tony-winning actor makes a guest appearance on ‘Glee’ season 1 as Henri St. Pierre. Lea also dated her ‘Glee’ co-star Matthew Morrison, who plays the character of Will Schuester, Rachel Berry’s teacher in the musical series. However, the actors were not in a relationship during the show. The two met during their Broadway days and are close friends. 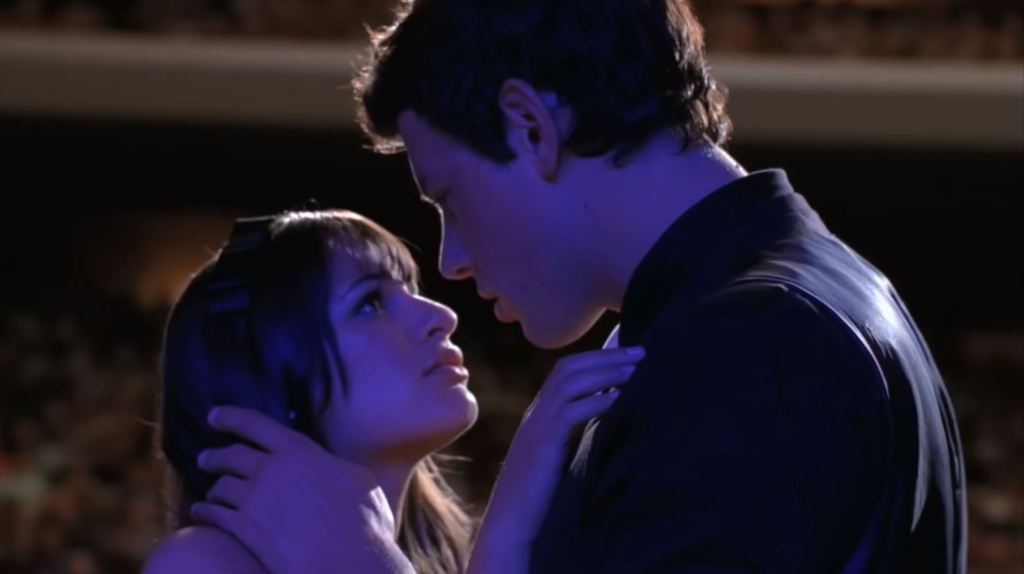 In Lea’s memoir titled ‘Brunette Ambition,’ she explained, “I had worked on Broadway with Jenna Ushkowitz and Matthew Morrison before. Matt had been a friend of mine for years, and in fact, we’d actually dated back in the day for a Broadway beat.” However, the relationship ended sometime before the production of ‘Glee.’ In fact, during her time on the Fox show, Lea dated her co-star Cory Monteith. The actor can be seen in the show as Finn Hudson, Rachel’s on-screen sweetheart.

Lea and Cory supposedly started dating in 2012 and were quite happy in the relationship. But soon, tragedy struck, as on July 13, 2013, Cory died of a toxic combination of heroin and alcohol during his stay in a Vancouver hotel. The death shocked many and devastated Lea. “I only have happy memories of Cory. He was not his addiction — unfortunately, it won,” Lea shared with Seventeen Magazine. “But that wasn’t who he was. Cory made me feel like a queen every day. From the minute he said, ‘I’m your boyfriend,’ I loved every day, and I thank him for being the best boyfriend and making me feel so beautiful.”

Lea Michele tied the knot with Zandy Reich – President of clothing company All Year Round (AYR) – on March 9, 2019. Zandy is from Pennsylvania and used to play lacrosse. The two met each other via Lea’s friend Stephanie Levinson, whose husband is best friends with Zandy. After a long friendship, Lea and Zandy reportedly started dating in 2017. Their friends were quite happy that the two had found each other and thought they made a perfect pair.

Most importantly for Lea, her dear friend Ryan Murphy – who is a television writer, producer, and director – approved of Zandy, which meant a lot to her. According to the actress, Ryan’s seal was what made her relationship with Zandy a done deal. Zandy proposed to Lea in April of 2018 while the two were in the Hamptons, New York. The proposal was apparently a beautiful and private affair. While Lea had not expected the question, she was happy to say yes. Lea told People Magazine, “I think the first thing I said to him was, ‘Stop joking around!’ So I was super surprised.”

Lea and Zandy’s wedding ceremony – which took place in Napa, California – was officiated by Ryan Murphy. Several celebrities like Jonathan Groff, Darren Criss, Becca Tobin, and Emma Roberts attended the event. “We are so excited to be married and grateful to be surrounded by our friends and family,” Lea and Zandy stated. The happy couple added, “And most of all, we’re so happy to spend the rest of our lives together.” In March 2022, they celebrated three years of their marriage.

In May 2020, Lea took to social media to announce the news of her pregnancy and showed off her baby bump. The happy news was soon followed by the birth of a baby boy named Ever Leo Reich in August of 2020. The ‘Glee’ star posted the first picture of her son on Instagram that only showed his foot with a caption that read, “ForEver grateful for this true blessing.”

In January of 2022, fans saw Ever’s face for the first time on Instagram as Lea posted the picture of her son in his father’s arms to celebrate Zandy’s birthday. The couple’s joy as new parents has been quite evident, and we wish the happy family the very best!