Is Lifetime’s A Baby at Any Cost a True Story? Where Was it Filmed? Who is in the Cast? 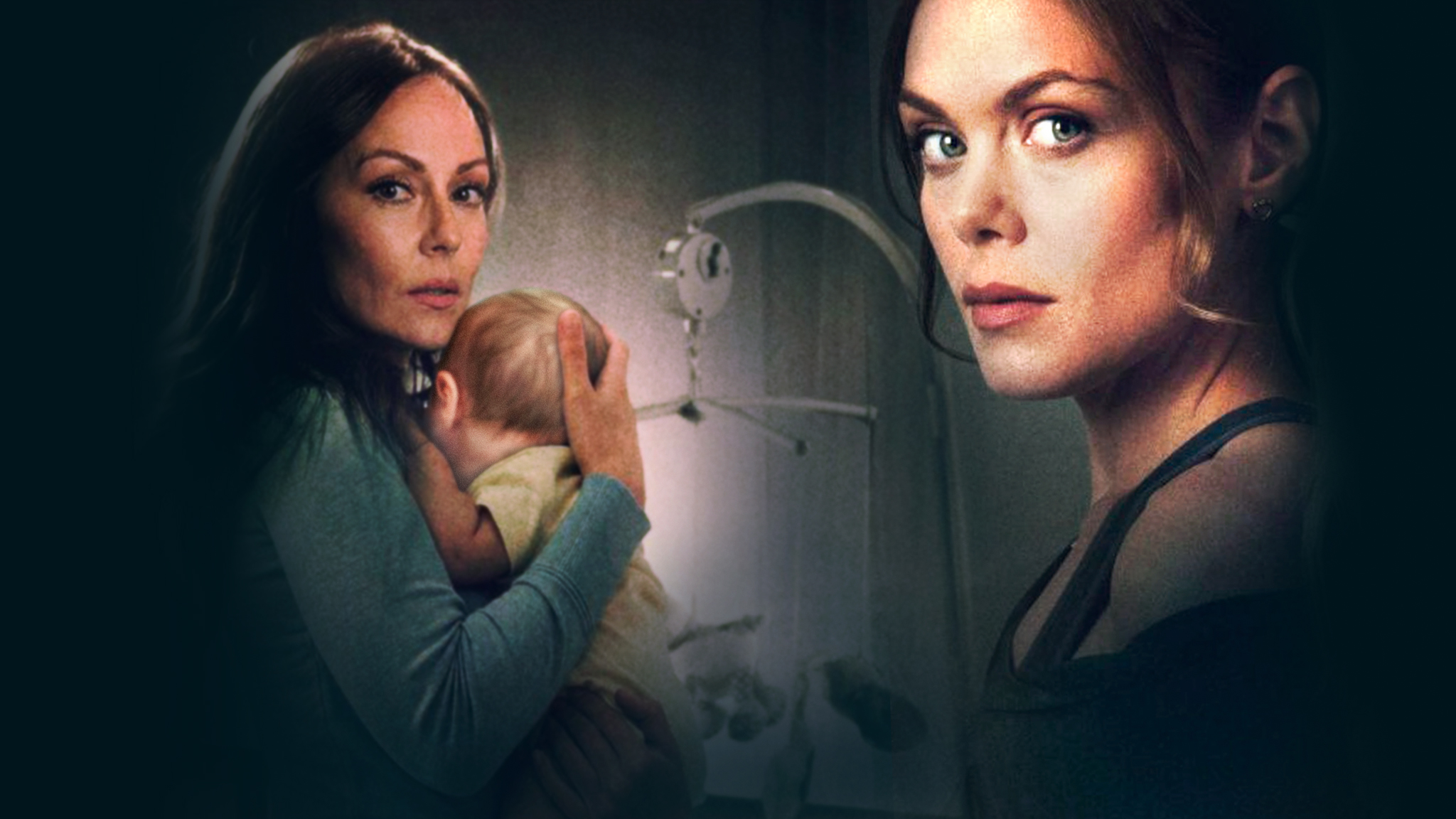 Lifetime’s ‘A Baby at Any Cost’ is a thriller drama film directed by Tamar Halpern. The narrative follows a couple — Monica and Brad— who hire their surrogate, Lily, to nanny their newborn child. As Lily gets closer to Monica and the baby, Monica’s sister, Jennifer, becomes increasingly jealous. Soon, the three women find themselves in a web of distrust and lies, which results in people around them getting hurt. But lines are crossed when one of them goes to dangerous lengths to get the baby, the husband, and the perfect life she always dreamed of.

The dark undertone of the visuals highlights the thrilling and suspenseful storyline of the Lifetime film. The setting of a suburban neighborhood makes us wonder about the actual location of the place that appears in the movie. Moreover, the narrative has several relatable elements of human nature. Therefore, it begs the question —  is the film based on actual events? Well, here is everything we know!

A Baby at Any Cost Filming Locations

‘A Baby at Any Cost’ was filmed in Oklahoma, particularly in Oklahoma City and El Reno. The principal photography for the thriller film commenced in August 2021 and wrapped up in early September 2021. Now, let’s navigate through the specific locations used to record the movie!

Various pivotal sequences for the film were shot in the capital and largest city of Oklahoma — Oklahoma City or OKC. The city is home to a number of tall buildings, museums, and theaters, which seemingly allowed the cast and crew to create interesting backdrops for the storyline.

For filming purposes, the production team also traveled west to the city of El Reno. It appears that the hospital and the car crash scenes were filmed in the county seat of Canadian County. The city is named after the nearby Fort Reno, a former United States Army cavalry post. El Reno features in several movies, such as ‘Stillwater,’ ‘Rain Man,’ and ‘I Can Only Imagine.’

A Baby at Any Cost Cast

Sarah Fisher essays the character of Lily in the Lifetime thriller. You may recognize the Canadian actress from some popular movies and TV shows, including ‘Degrassi: The Next Generation,’ ‘Kiss & Cry,’ and ‘#Roxy.’ Christy Tate plays the role of Monica Hunt. The actress is seen in pivotal roles in a number of films, including ‘The Adventure of A.R.I.: My Robot Friend,’ ‘Sorority Sister Killer,’ and ‘Adventures of Rufus: The Fantastic Pet.’ Other cast members that feature in the Lifetime film are Brianna Cohen (Jennifer), Ryan Francis (Sam), Johnny Ramey (Brad Hunt), Colleen Elizabeth Miller (Margret), Brooks Ryan (Officer Miller), and Ava Torres (Ruby).

Is A Baby at Any Cost Based on a True Story?

No, ‘A Baby at Any Cost’ is not based on a true story. Thanks to the creative minds of Tamar Halpern, George Saunders, and Meredith Stack, the thrilling narrative of the movie is gripping as it seems true-to-life. Since Halpern has a solid experience in writing and directing a number of female-driven thrillers over the course of her career, she worked with the other two writers to develop a unique premise for the Sarah Fisher and Christy Tate-starrer. 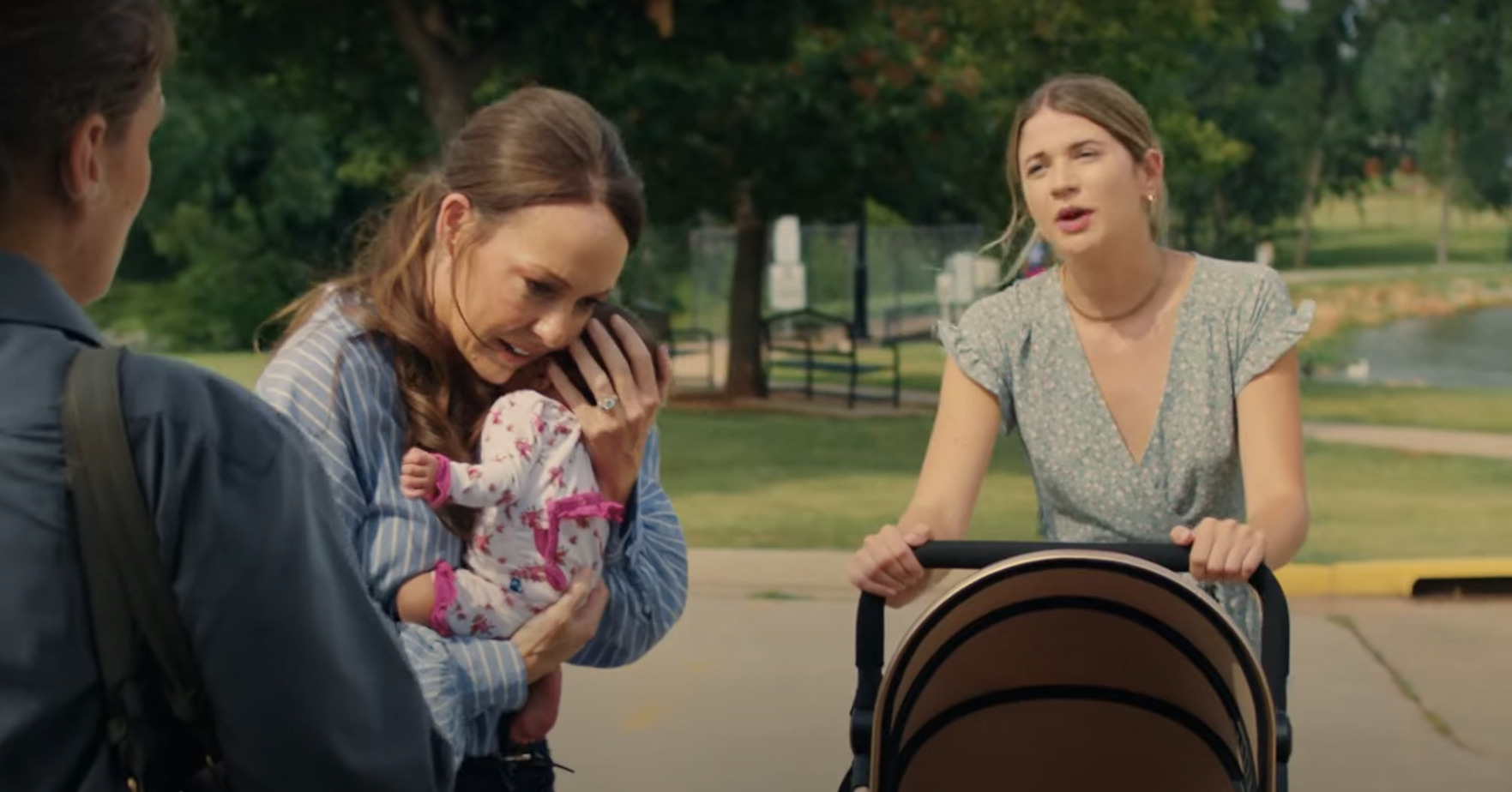 The Lifetime thriller tackles the sensitive subject of surrogacy. Other than that, the movie also highlights the jealousy that a surrogate mother tends to feel as Lily finds it hard to let go of the child she birthed. This idea is not unheard of, as it is natural to form a bond with the baby a woman carries for nine months. The idea is even explored in the 1995 drama film ‘The Surrogate.’

The Alyssa Milano-starrer revolves around Amy, who agrees to be a surrogate for a couple, Joan and Stuart Quinn. However, when she discovers a dark secret about the family, Amy kidnaps the baby girl she gave birth to and flees. Therefore, the subject of surrogacy and the emotional complications it may bring is not something we as viewers have not seen on the screen before. But all said and done, the fact that the Lifetime film is a work of fiction still stands true.