Is Lifetime’s Fallen Angels Murder Club: Heroes And Felons a True Story? Where Is It Filmed?

Reared by director Rhonda Baraka (who is credited for writing ‘The Ivy League Farmer,’ ‘Chasing Waterfalls‘), ‘Fallen Angels Murder Club: Heroes And Felons’ is a brooding mystery thriller movie on the roster of Lifetime Network. The storyline brings together the titular “Fallen Angels Murder Club,” a detective organization whose members have a past criminal record and a penchant for reading about other ominous mysteries. The group must head to the bottom of the puzzle as one of their own winds up dead.

The mystery deepens following the death of a journalist investigating the case, and Hollis must act against the ticking clock to prevent further bloodshed. Following its release, the Lifetime original thriller garnered attention from the fans, thanks to the clumping mystery and eye-catching production value. Most of the events in the film unfold in a suburban setting, while the old set of the titular club grabs some of our attention. You must be eager to know where the movie was shot and whether it is based on an actual incident. Moreover, you may want to be familiar with the cast. If these questions are bugging you, let us end them once and for all.

Is Fallen Angels Murder Club: Heroes And Felons Based on a True Story?

No, ‘Fallen Angels Murder Club: Heroes And Felons’ is not based on a true story. Although the mystery seems pretty taut, you would get the impression that the story is closer to mystery fiction than a true-crime report featured in a newspaper. Rhonda Baraka directed the movie from her own screenplay, which she based on a book from R. Franklin James’ bestselling series ‘Hollis Morgan Mystery.’ 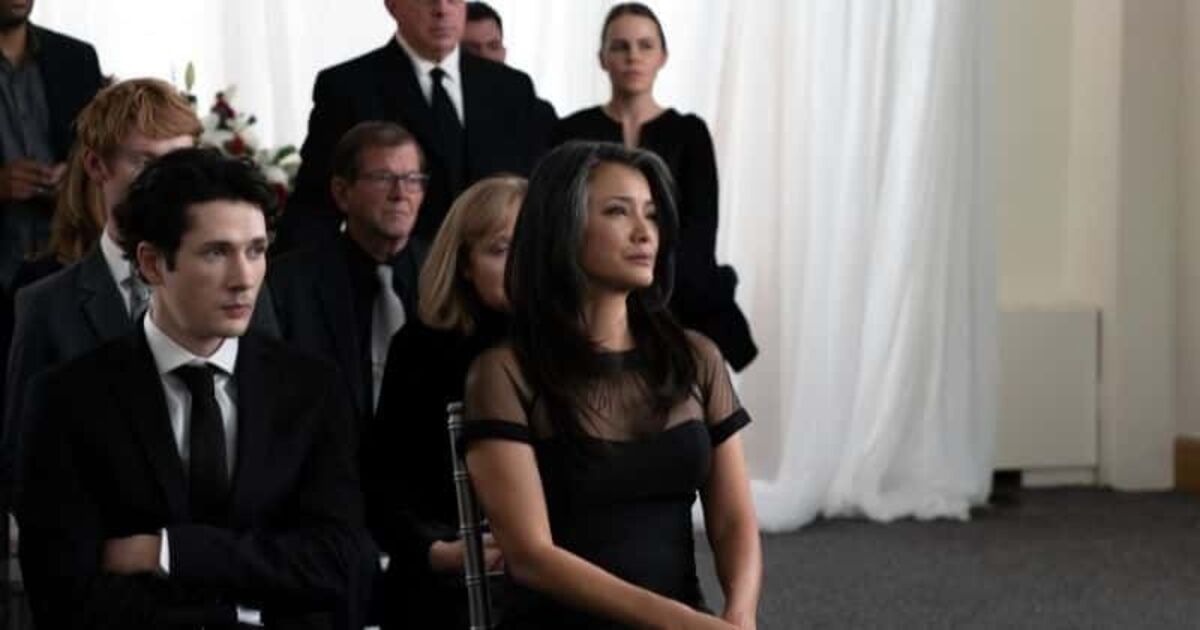 This movie is the second installment of a media franchise in the making, the first installment being ‘Fallen Angels Murder Club: Friends to Die For,’ also directed by Rhonda Baraka. The book series garnered much excitement among its readership, churning out a total of six books in the process. The movie’s realistic aspects derive from the enticing dynamic between the cast ensemble and the director’s personalized treatment of the material. However, the scope of the film remains fictional to the core.

‘Fallen Angels Murder Club: Heroes and Felons’ was seemingly filmed in Canada, especially in and around the province of Ontario. Thanks to its abundance of natural and urban landscapes, veteran technicians, and fully equipped filming facilities, Canada has established itself as a major global center for cinematic productions.

As per the Ontario Film & Television Tax Credit (OFTTC), eligible productions get a 35 percent refundable tax credit, with first-time producers getting a 5 percent bonus credit rate. Moreover, films and television projects filmed outside the Greater Toronto Area receive a ten percent added credit on the Ontario labor expenses. Let us now take you to the specific locations where the filming occurred.

Most of the filming seemingly took place in and around Barrie, a picturesque city in Simcoe County, on the western end of Lake Simcoe. Brain Power Studio, a world-class media company and studio facility on 526 Bryne Drive, aided the production alongside Lifetime Network. The facility has a 7000 square feet vast studio space equipped with cutting-edge technology. Barrie is a windy city due to its geographical location, and if you ever visit, make it before spring to save yourself from the dramatic thunderstorms that unfold in the spring and summer.

Seemingly some filming took place in another facility of Brain Power Studios. Apart from the studio facility in Barrie, Brain Power has a 4000 square feet set in Newmarket, a serene township in the Regional Municipality of York. The crew possibly visited the entire city in search of suitable locations, but the majority of the filming took place in the vicinity of the movie set, in all likelihood.

Read More: Is Fallen Angels Murder Club: Friends to Die For Based on a True Story? Where Was it Filmed?