Is Lifetime’s Perfect High Based on a True Story? Where Was it Filmed? Who is in the Cast?

Directed by Vanessa Parise, Lifetime’s ‘Perfect High’ is a drug-centered film that revolves around a group of high schoolers whose lives turn upside down during the school pep rally. During a pep rally performance, Amanda dislocates her knee while dancing. At the hospital, she is given hydrocodone for the pain. When she returns to school, another girl named Riley asks Amanda if she could have one of her pain medications. Later, she introduces Amanda to her boyfriend, Nate, and her brother, Carson.

The group soon finds themselves delving into the world of heroin and the consequences of intaking it. The bold subject topic and the compelling performances by the actors attracted many viewers, giving rise to questions regarding the authenticity of the narrative. Many fans further praised the 2015 drama movie’s visual settings and can’t help but wonder where it was shot. If you’ve got the same questions, we have your back. Let’s explore the inspiration and production of ‘Perfect High’ in detail.

Is Perfect High a True Story?

Yes, ‘Perfect High’ is based on a true story. Written by Anne-Marie Hess, the movie takes into account the real-life instances of people whose life gets severely affected by drug abuse. In particular, the film focuses on how addiction impacts the lives of suburban teenagers. “It’s a slippery slope,” director Vanessa Parise explained. “It’s a cautionary tale about the problem of heroin use among suburban kids. The point of the movie is not to glorify drugs in any way, but to warn kids not to do it.” 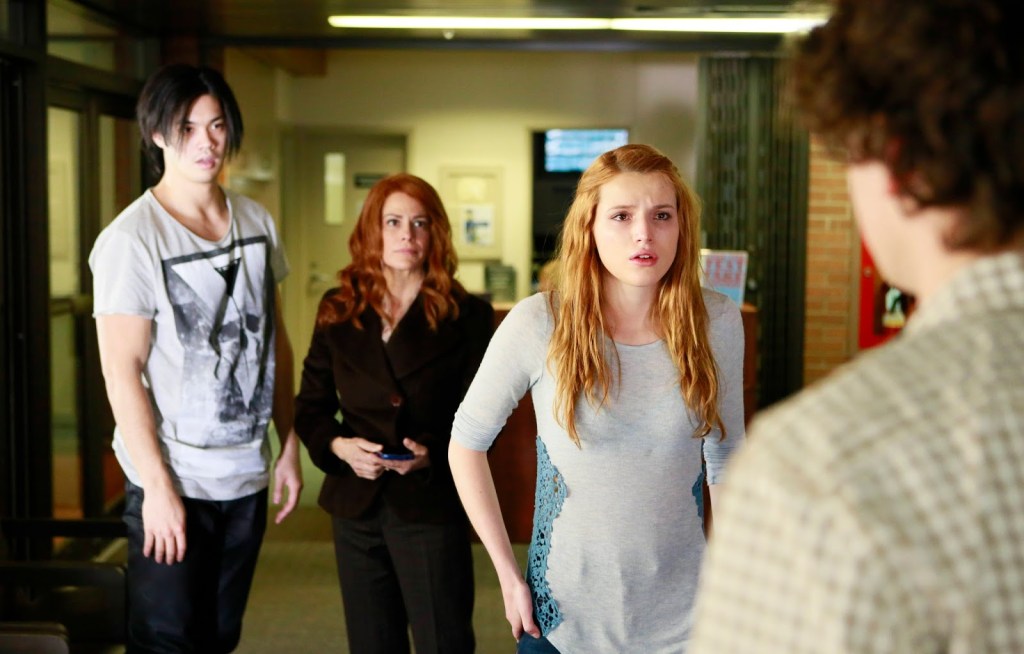 Talking about what ignited the passion for making the film, executive producer Sheri Singer stated, “Heroin was no longer a street drug that was bought in back alleys but in fact was being sold at schools, Starbucks, parking lots. Normal, good kids were getting involved in doing it and often the gateway drug is painkillers from the medicine cabinets of their parents and relatives.” Producer Tina Pehme added, “One thing you’ll see in our film is the realistic progression, how just an ordinary girl goes from getting a prescription for an injury into a full-blown drug addict. It’s one little step at a time.”

Pehme continued, “And it can happen to anyone. It could be you. It could be your child.” The movie shows how Amanda’s heroin addiction starts with prescribed pain medications. Unfortunately, that particular scenario is also common enough in the real world, especially at a young age. Take the real-life case of Roman Montano, who had been playing baseball since he was a child. Though he participated in several other sports while growing up, baseball remained his favorite game of all. Roman’s introduction to OxyContin came after a foot injury in his junior year.

After a minor surgery and a few doses of OxyContin, the teenager was back on his feet. However, Roman was removed from the team in his senior year because he and his friends reportedly used a stolen credit card at a mall. Humiliated and frustrated beyond belief, he recalled the numbing feeling of OxyContin and learned about the pill parties that took place all around Albuquerque, New Mexico, his hometown. Soon, Roman was addicted to the drug and lost interest in everything else, including baseball. When his mother JoAnn caught him in action, she took him to an addiction center.

Roman was given Suboxone to treat his dependency, but he could not fully overcome the opioid addiction. Before graduation, he had switched to a cheaper alternative with the same high — heroin. This continued for a few years until May 2, 2012, when Roman was found slumped in the driver’s seat of his car with a syringe in his arm behind a FedEx store. He sadly passed away in his still-running car due to a heroin overdose at the age of 22. 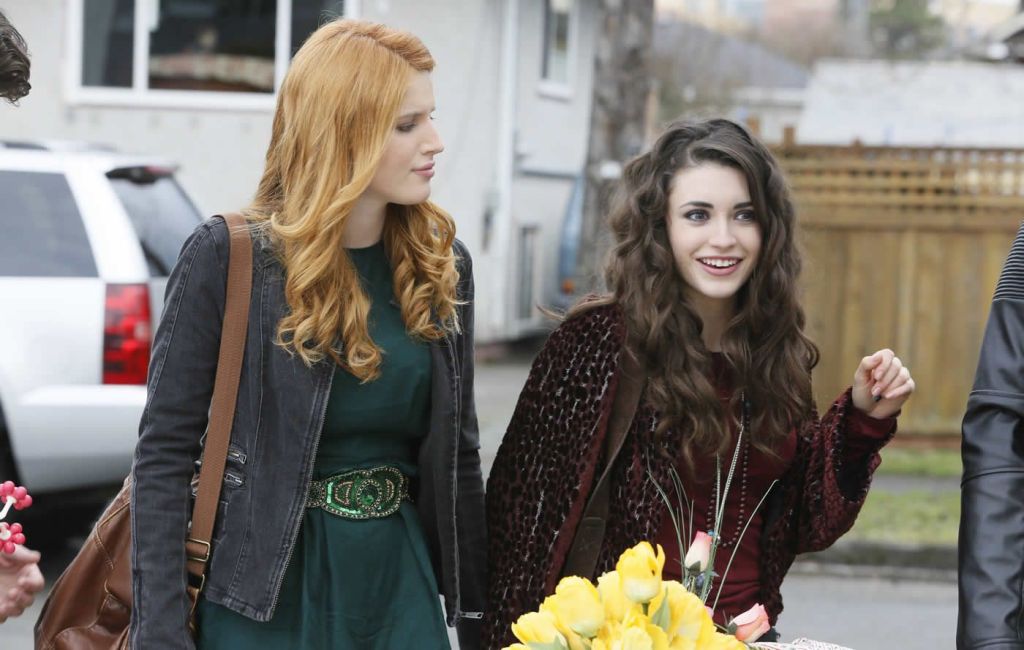 Though chilling, the story bears quite a resemblance to the events that transpire in ‘Perfect High.’ From Amanda’s injury and dependency on pain medications to Riley’s fate, the movie reflects what takes place in the real world. Although the writer, director, or producers haven’t revealed the particular real-life story/stories that inspired the narrative of the Lifetime production, we can infer that the experiences of several individuals, just like Roman, are represented in ‘Perfect High.’

‘Perfect High’ was filmed primarily in the westernmost Canadian province of British Colombia. Principal photography for the movie went on for 17 days between February 1, 2015, and February 22 of the same year. Here’s a closer look into the details of the filming location.

Day 17 / That's a wrap! What an amazing time with an amazing cast and crew #PerfectHigh pic.twitter.com/tAsLLSuvRt

Victoria, the capital of British Columbia, served as the primary shooting spot for the Lifetime movie ‘Perfect High.’ The city was used to lens several scenes set in suburban Chicago. The scene depicting the school pep rally was lensed in February 2015 at a high school in the Saanich district. As per reports, 150 background performers were called to be a part of the scene from morning to early afternoon. 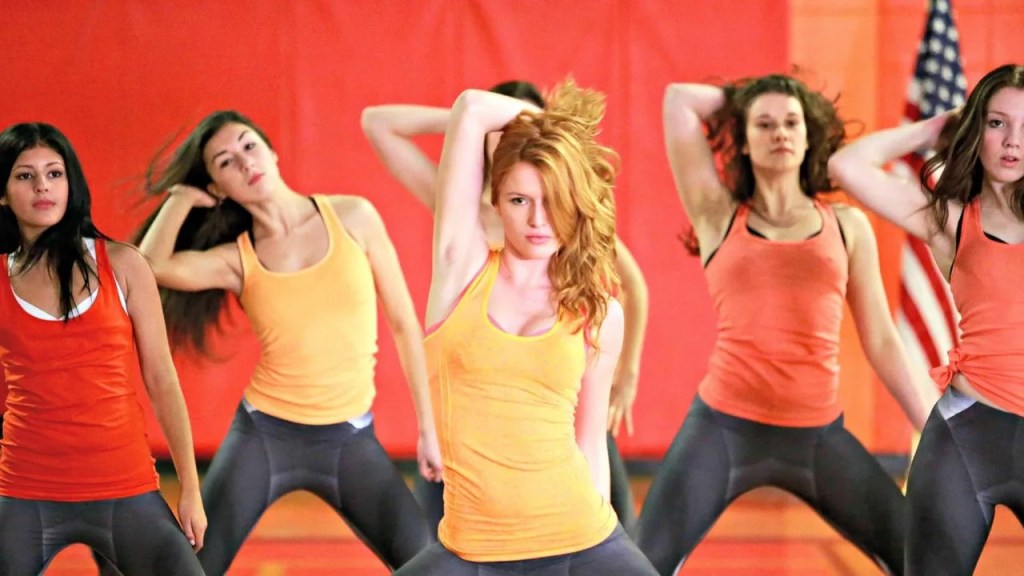 Thanks to the vast number of facilities available, Victoria is a popular filming site among filmmakers. The city’s temperate climate and proximity to Los Angeles, both by distance and in time, add to its appeal. Other popular movies that have been lensed in the region are ‘2012‘ and ‘Deadpool 2.’

Bella Thorne AKA Annabella Thorne takes up the role of Amanda in ‘Perfect High.’ The actress is well-known for her performances in ‘Shake It Up!’ and ‘The DUFF.’ Daniela Bobadilla joined Bella by essaying the character of Riley in the Lifetime movie. Her other works include ‘The Middle‘ and ‘Anger Management.’ Israel Broussard portrays Carson, Amanda’s love interest. He can also be seen in ‘The Bling Ring’ and ‘To All the Boys I’ve Loved Before.’

The quartet is completed by Ross Butler, who plays Nate. You may know him from ‘13 Reasons Why‘ and ‘K.C. Undercover.’ Other actors who appear in the movie are Jasmine Sky Sarin as Alexis, Matreya Fedor as Brooke, Peter Benson as Dean Walker, Venus Terzo as Katherine Walker, and Cassidy Alexa as Bridget. Ryan Grantham (Robbie), Patrick Sabongui as Mark Taft, and Michael Bean as Dr. Taheri. Aren Buchholz (Rick), and Lucia Walters (Coach Yost) also star in ‘Perfect High.’

Read More: Where Was Lifetime’s Imperfect High Filmed? Is it a True Story?