Is Lifetime’s The Walls Are Watching Based on a True Story? Where Was it Filmed? Who is in the Cast? 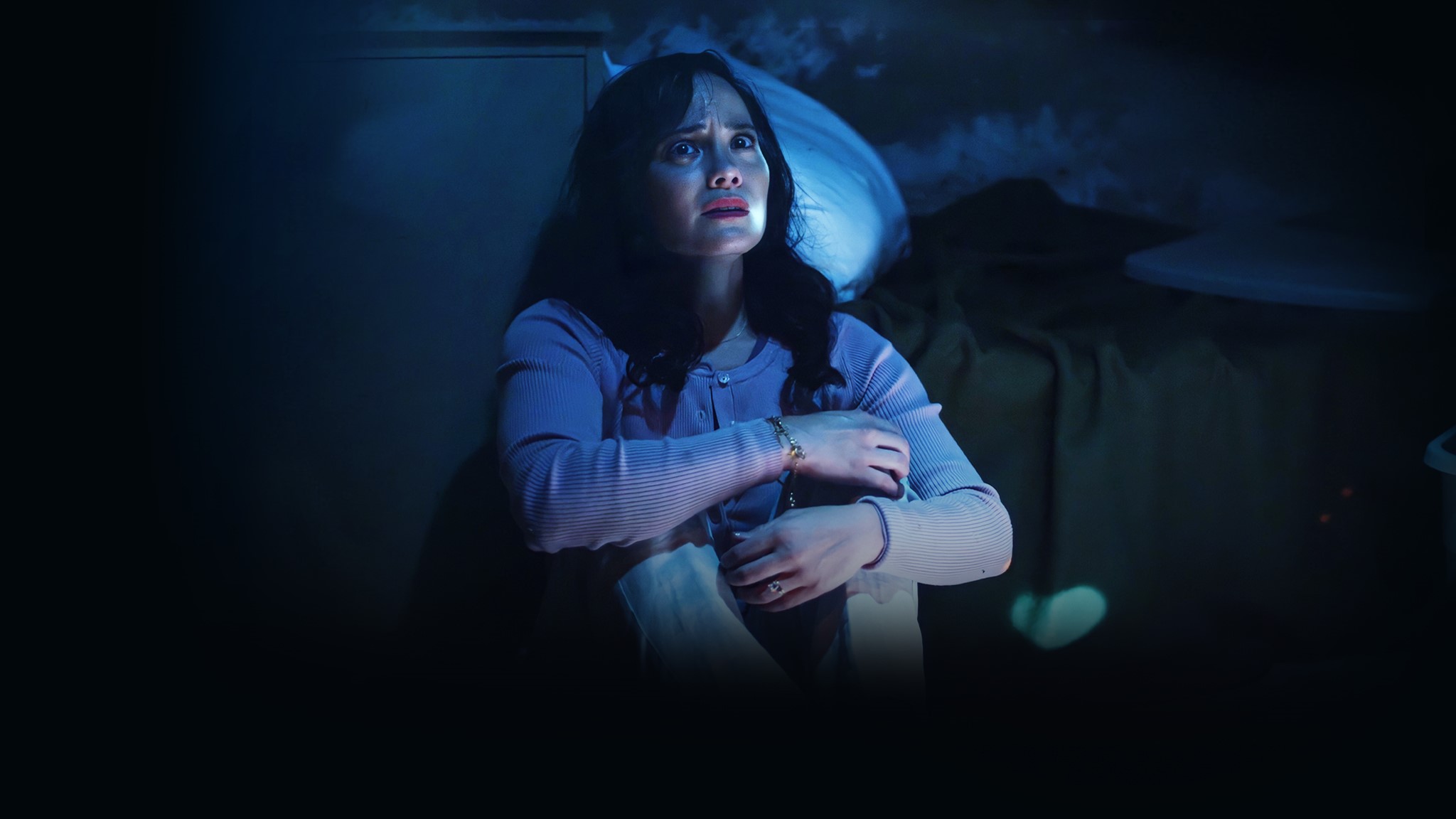 Directed by Brian Herzlinger, ‘The Walls Are Watching’ is a thriller film that revolves around a young and newlywed couple — Erica and Mitch — who move into a home previously owned by Theodore Souza (Branscombe Richmond). Theodore is a blue-collar worker who has lost everything, his family, his job, and now his house. Failing to come to terms with the fact that his house is no longer his, Theodore goes to extreme lengths to get the new owners of the house out of it. The newlywed couple tries to survive from the clutches of Theodore, who knows the residence way better than they do.

The thriller narrative of the film is filled with haunting and violent elements, which keeps the viewers on the edge of their seats till the very end. The dark undertone coupled with the dramatic visuals enhance the thrilling aspect of the storyline. This is bound to keep you guessing about the locations that appear in the Lifetime movie. Moreover, the narrative touches on some realistic themes, making you question if ‘The Walls Are Watching’ has something to do with reality or not. Well, allow us to get rid of all your doubts!

The Walls Are Watching Filming Locations

Since the movie’s production company, Fade to Black Films, is based in Los Angeles, and the fact that a majority of Lifetime films are lensed in and around LA, it would be safe to believe that ‘The Walls Are Watching’ was also filmed in the Southern Californian city, possibly at a production studio and maybe a few other locations in the state. The principal photography seemingly took place in early 2022, specifically in January. Here are the details regarding the specific locations that you might want to know!

The production team of ‘The Walls Are Watching’ seemingly set up camp in Los Angeles and utilized the city’s vast and versatile landscape. Also known as the City of Angels, LA houses a number of luxurious private residences in posh neighborhoods, gorgeous beaches, impressive cityscape, and not to mention, several major film studios. All the aforementioned features make the sprawling South Californian city one of the prominent hubs of the filming industry as it is used as a production location by many filmmakers.

Talking about the production studios in LA, there are many iconic ones that call this metropolis their home, including Universal Pictures, Walt Disney Pictures, Warner Brothers Pictures, and many more. What makes the production complexes more impressive is the fact that most of these studios are so advanced and well-equipped that they can stand in for almost any location around the world, be it a town or city in the US itself or a foreign location.

The Walls Are Watching Cast

Branscombe Richmond essays the character of Theodore in the Lifetime film. He may seem like a familiar face as he has featured in several movies and TV shows over the course of his long career in the industry. Most notably, he appears as Bobby Sixkiller in the TV series ‘Renegade.’ In addition, Lana McKissack portrays one-half of the newlywed couple, Erica, in the Lifetime production. She is known for a number of films, including ‘A Christmas Movie Christmas,’ ‘Countdown,’ and ‘Dark/Web.’

Is The Walls Are Watching Based on a True Story?

No, ‘The Walls Are Watching’ is not based on a true story. The thrilling and gripping narrative is the product of the creative minds of Jay Black and Brian Herzlinger, who also serves as the director of the Lifetime film. The duo has penned together a few other movies, including the rom-com ‘Meet My Valentine.’ With a solid experience under his belt when it comes to writing thrillers, Jay collaborates with Brian as they come up with a unique narrative that fits the genre perfectly. 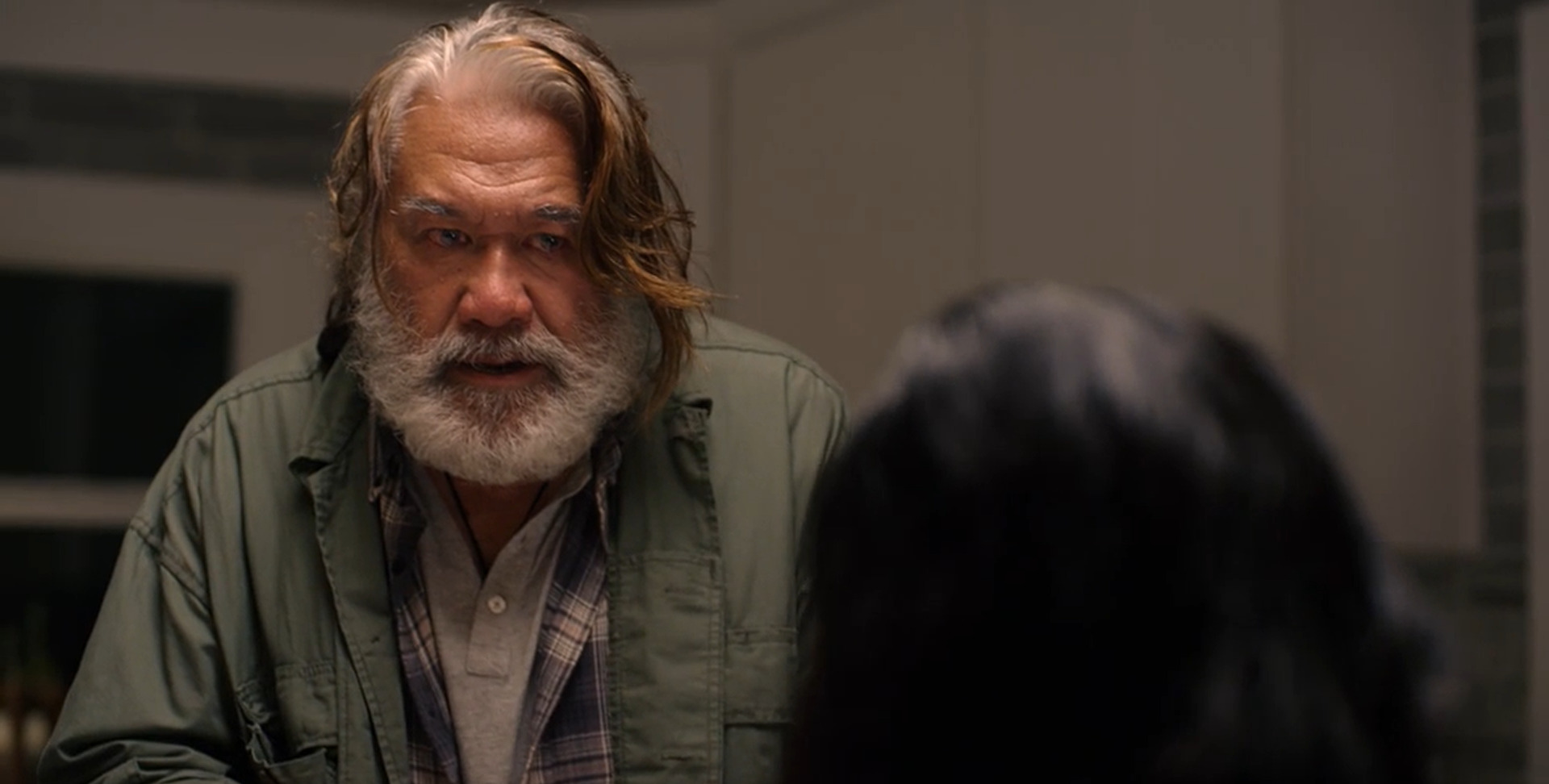 The Lifetime film involves characters breaking bad in the face of adversities and portrays how unpredictable people can be, especially when they have nothing to lose. These themes are not unheard of in real life as even wilder things have occurred to people. There have been quite a few films involving characters who give in to the evil side after losing something valuable to them; one solid example of that would be the character of Harvey Dent in ‘The Dark Knight.’

Harvey Dent, much like Theodore in ‘The Walls Are Watching,’ faces a psychological break from the trauma of not just physical pain but also emotional distress after the death of his love. The loss acts like the nail in the coffin of his former values as he loses his sense of right and wrong. So, movies and characters like these are a reminder that there is a possibility of such horrifying situations taking place in real life.

Moreover, the brilliant performances from the cast members make the seemingly authentic narrative even more enthralling. Thus, despite touching on a few realistic themes, the storyline and characters in ‘The Walls Are Watching’ are not rooted in reality, as some of you might have thought.