Is Man vs Bee Based on a True Story?

Created by Rowan Atkinson and William Davies, ‘Man vs Bee’ is a British comedy series that follows a housesitter named Trevor Bingley. While working for a woman named Nina in a luxurious mansion, Trevor comes across an unlikely but dangerous adversary, a bee. As the man and the bee battle it out, everything around them is caught up in the chaos. As the unexpected war wages on, the world around them goes up in flames, sometimes even literally.

Thanks to the phenomenal work by Rowan Atkinson, Tom Basden, Julian Rhind-Tutt, and Jing Lusi, the series is sure to leave you laughing out loud. Apart from the expected shenanigans from Atkinson, the series also presents a hilarious and somewhat nostalgic show. Many viewers of the comedy series are curious to know just how the show came about. Is it inspired by events in real-life or a work of fiction? Well, here’s what we know about the same!

Is Man vs Bee a True Story?

No, ‘Man vs Bee’ is not based on a true story. The show was written by William Davies, who worked alongside Rowan Atkinson as the co-creator of the show. This is not the first time the duo has worked together on a project. In fact, Davies has been credited as a writer for all the movies in the ‘Johnny English‘ trilogy. 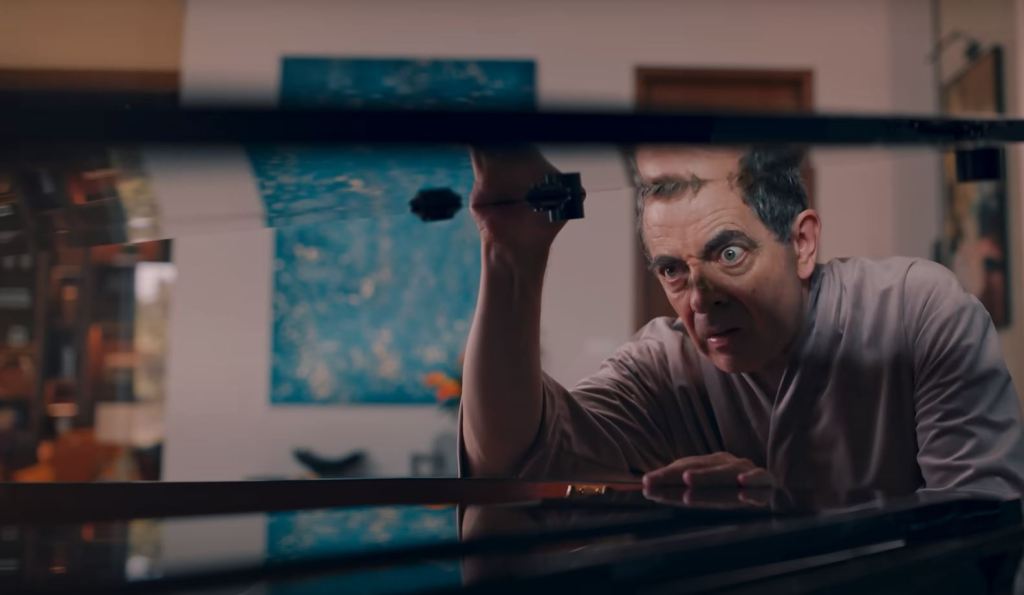 Interestingly enough, during the initial phase of the show’s writing, ‘Man vs Bee’ did not actually have the villainous bee. “It started off actually without a bee, the idea of just a house sitter. And the show was called – even actually after we shot it – House Sitter,” Rowan Atkinson told British Comedy Guide. “We just liked the idea of a house sitter who was clearly underqualified for the task he had, which was to look after a very wealthy couple’s house, full of extremely valuable objects. That felt like a funny idea. And then the bee really became a catalyst to generate the story, to enable us to see him mistreating the house in different ways.”

Atkinson’s experience shooting the scenes with him and the bee is also noteworthy since the bee was not actually there and was meant to be added through CGI. “That was probably the hardest thing. I mean, it sometimes was there, on the end of a rod,” the actor said talking about his on-screen nemesis. “We had the puppeteers who came in and they performed it and I was able to follow something, but a lot of the time I had to imagine it. It wasn’t there at all. So yeah, a slightly lonely experience, which is hard. But I’ve been there before.” 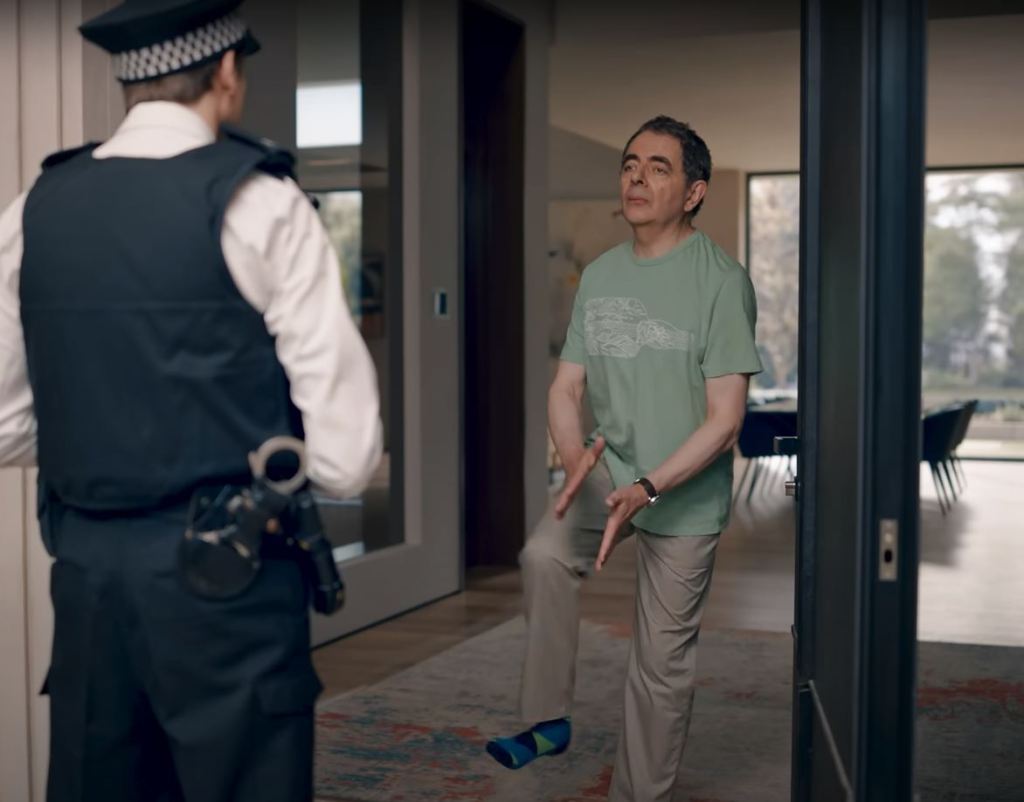 The whole experience made Atkinson quite thankful for the time that he did get to work with other actors. The scenes featuring Tom Basden’s character as a police officer were not only a relief for the actor but also a joy to work in since they involved a lot of improvisation. Atkinson’s other animal companion in the show is a dog, who was actually not a fake one. Though the canines we see on the screen are often well-trained, they are also easily thrown off their momentum.

“Suddenly, there’s a loud bang, or someone comes in the door the wrong way or something. And then suddenly, for two hours, you can’t shoot with them,” Atkinson explained. “You’re thinking, “we’re supposed to be shooting the dog in these two hours, what else can we shoot?” and suddenly, the shooting schedule goes out the window. So that was occasionally tricky.” 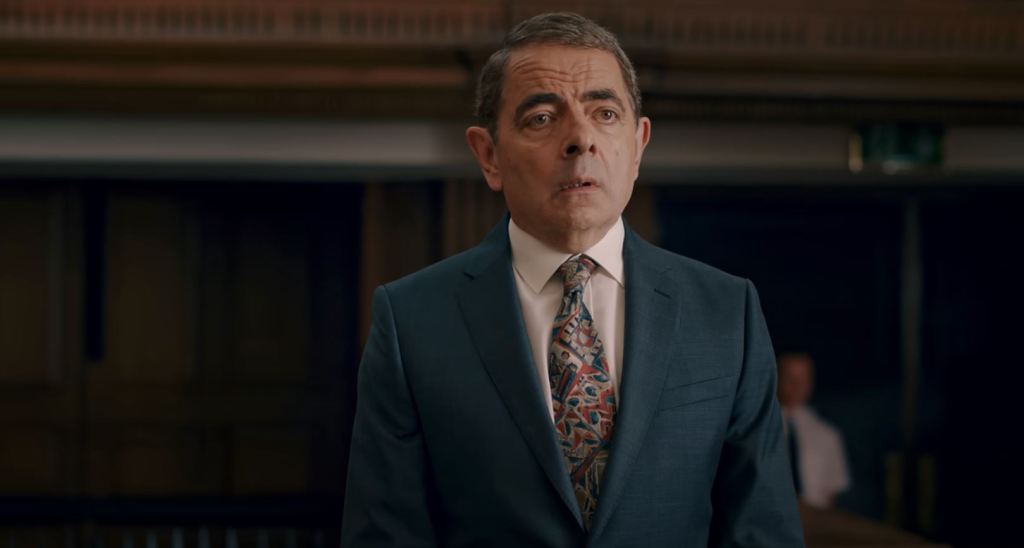 Many viewers could also not help but draw parallels between Trevor and Mr. Bean, the legendary character portrayed by Atkinson. However, according to the actor, the characters are different. “There are jokes which are redolent of the kind of difficulty that Mr. Bean might get into, but I think Trevor is quite a different character. To play a genuinely good-natured and sweet character is quite rare for me because Mr. Bean certainly isn’t,” Atkinson elaborated about his different characters. “Johnny English isn’t really, he’s another sort of self-consumed weirdo. And The Black Adder was pretty inward-looking, ironic… a sort of cynic. Trevor Bingley is not.”

‘Man vs Bee’ might not be a true story, but the work that went into its creation is extensive. The short episodes featuring Trevor’s battle against a bee will certainly make many reminisce about Atkinson’s previous works. In the end, it is a story of a simple man driven to extreme lengths because of a small yet irritating factor, a bee.

Read More: Where is Man vs Bee Filmed?