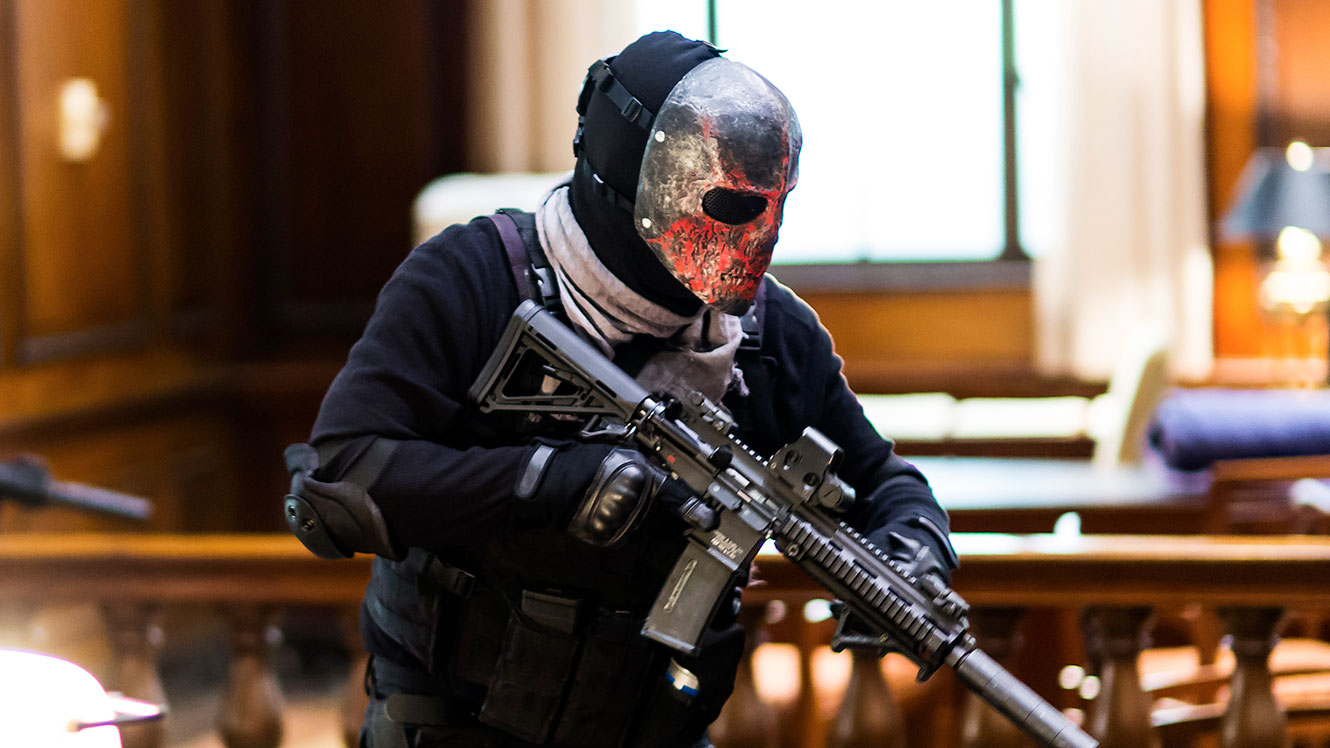 Starring Bruce Willis and Christopher Meloni, the suspense thriller ‘Marauders’ has a complex plot that questions the concept of the greater good and how believing in that can be quite dangerous. Special Agent Jonathan Montgomery (Meloni) leads an investigation into a series of bank robberies. The robbers are only targeting the branches of Hubert National Bank, owned by Jeffrey Hubert (Willis). The authorities soon realize that they are chasing after a unique group of criminals.

The robbers don’t want the money and are giving most of it away. Instead, they are more focused on exposing how Hubert had become the sole owner of the family business after the demise of his brother, Alexander. If the movie’s central plot involves the robberies, it has several subplots that add to the complexity of the tale – for instance, the story of Detective Brian Mims (Johnathon Schaech).

Mims has been a corrupt police officer all his life. He tries to make a desperate attempt at redemption in the latter part of the film. ‘Marauders’ has multiple storylines that come together to reach a cohesive ending. If the movie’s realistic characters and gritty plot have made you wonder whether the film is based on actual events, here is what we know.

Is Marauders Based on a True Story?

No, ‘Marauders’ is not based on a true story. Director Steven C. Miller (‘First Kill’) developed the film from a screenplay by Michael Cody and Chris Sivertson. Aside from Willis and Meloni, the movie also stars Dave Bautista, Adrian Grenier, and Texas Battle. ‘Marauders’ shares multiple similarities with the 2006 heist thriller film ‘Inside Man.’ Directed by Spike Lee, the movie tells the story of NYPD Detective Keith Frazier (Denzel Washington), who must negotiate with a man simply known as “Steve” (Clive Owen).

“Steve” is the ringleader of a group of robbers that has occupied a Manhattan bank. As the film progresses, new information is revealed, making the audience question whether they can fully trust what they see on their screen. ‘Inside Man’ also stars the incomparable Jodie Foster as a ruthless power broker Madeleine White, who is brought in to fix everything after the incident. The film is one of Lee’s finest works and was a critical and commercial success.

In both ‘Marauders’ and ‘Inside Man,’ the robbers are portrayed as vigilantes of justice who seek to expose powerful and influential people. ‘Marauders’ also bears some resemblance to Steven Soderbergh’s 2011 heist comedy film ‘Ocean’s Eleven’. With the likes of George Clooney, Brad Pitt, and Matt Damon as main stars, ‘Ocean’s Eleven’ chronicles the story of one sophisticated group’s attempt to steal money from a casino chain.