Is Master of None a True Story? 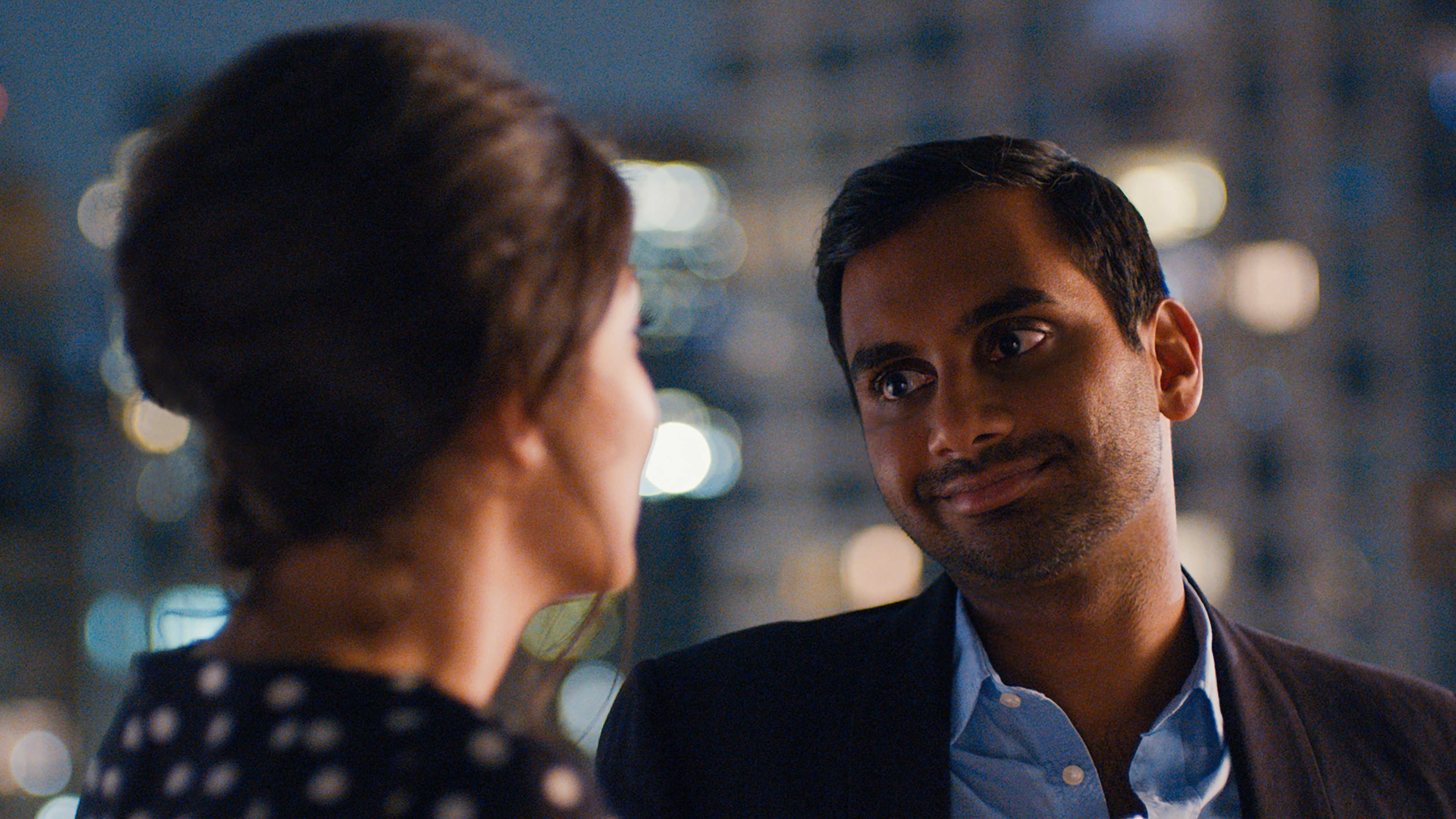 As a Golden Globe and Emmy Award-winning series for its brilliant writing and artistic depictions of how complex real life can be, Netflix’s ‘Master of None’ is a comedy-drama series that first came to our screens in 2015. By focusing on the day-to-day experiences of a person struggling to identify what they want, both individually and professionally, writers Alan Michael Yang, Aziz Ansari, and Lena Waithe explore everything from romance to modern etiquette. Over three seasons, the universally acclaimed show has managed to garner a solid fanbase. Naturally, many fans must be wondering whether the show is rooted in reality or not. Let’s find out, shall we?

Is Master of None Based on a True Story?

‘Master of None’ is partially based on a true story. The first two seasons of this series follow the character of Dev Shah (Aziz Ansari), a 30-year-old New York-based actor who is having trouble resolving who he is and what he wants. However, the third installment, aptly entitled ‘Master of None Presents: Moments in Love,’ focuses on the turbulent experiences of Dev’s friend Denise (Lena Waithe), who serves as the supporting personality in seasons 1 and 2. 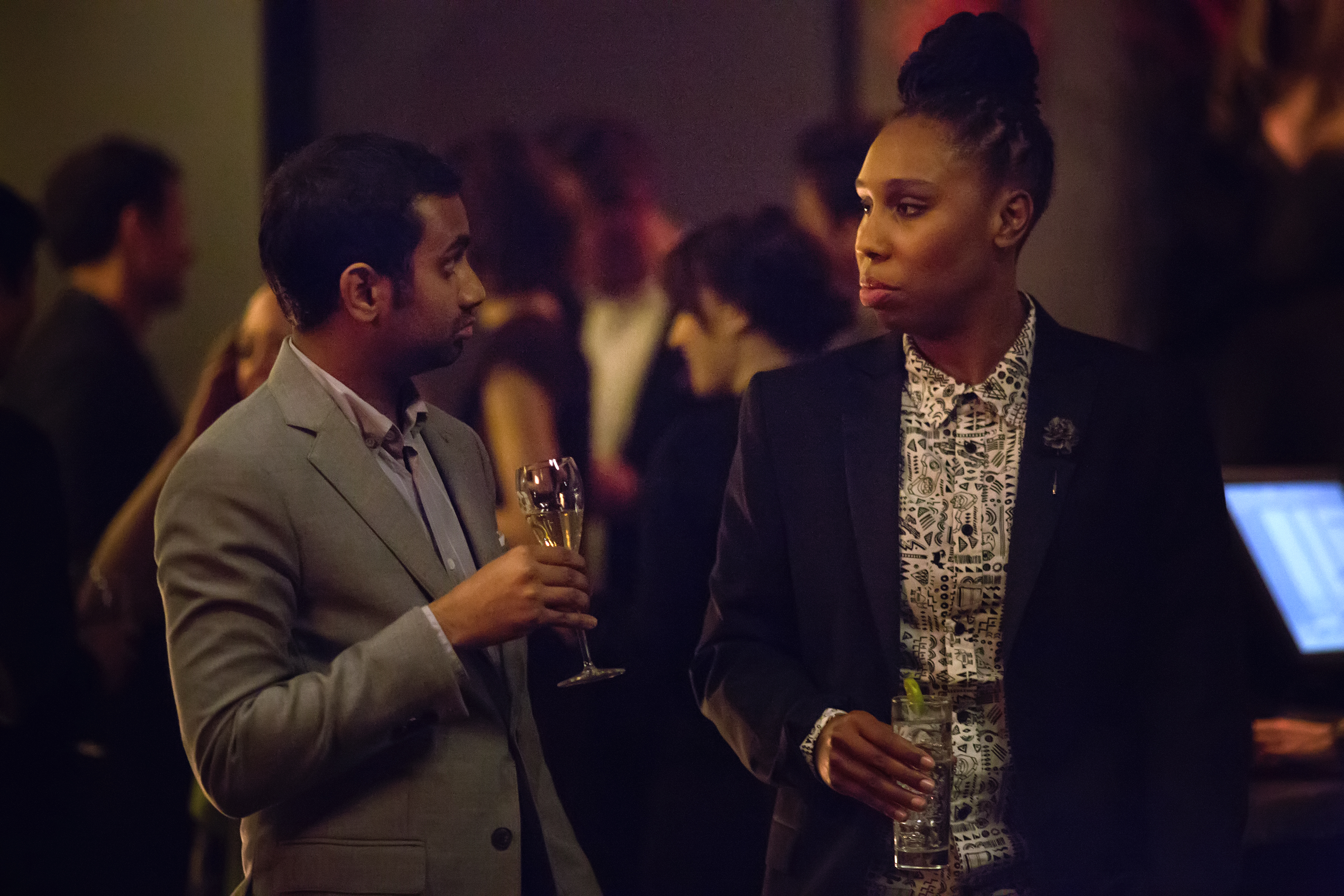 It is no secret that the exploits of Dev in the first two chapters have been loosely inferred from Aziz Ansari’s real adventures. But probably the most notable draw from his life on the series has to be the fact that his parents, Fatima and Shoukath Ansari, play the role of Dev’s parents. In season 2, his real-life cousin, Harris Gani, is cast as Dev’s cousin, Navid. The comic and actor, though, swears that it is not autobiographical. It’s just that the time he has spent as an Indian-American, and the observations made, were too intriguing not to be brought to television.

“There is some overlap with real life,” Aziz explained to Los Angeles Times in 2015, adding that they particularly concern matters like the portrayal of Indians in media, ingrained racism, and three-dimensional brown parents. Still, he asserted, everything has been fictionalized or over-dramatized for entertainment purposes. Moreover, although we see a remarkably intense immigrant story in the first season, it is not until season 2 that we actually delve more into the cultural aspects and how a combined upbringing can lead to both benefits and problems in the long run. 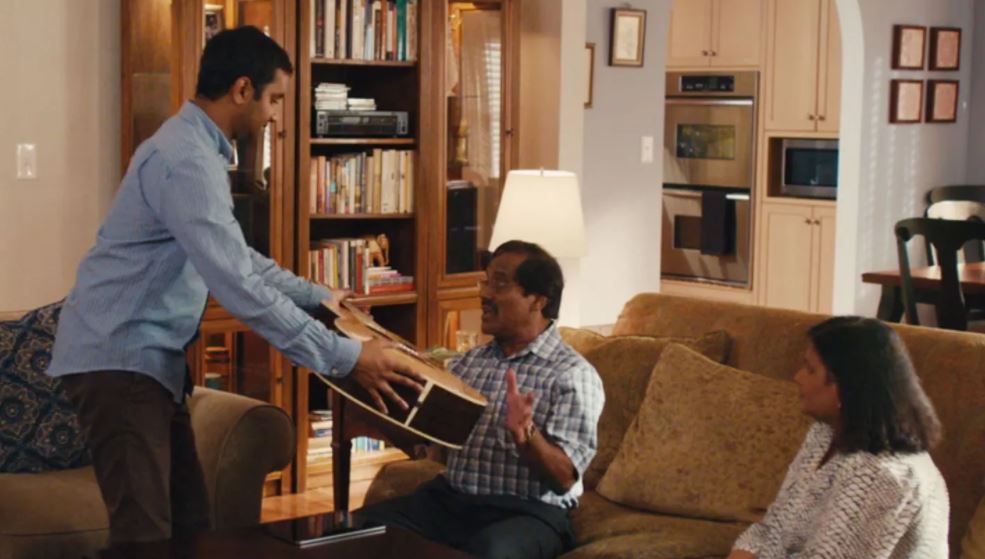 “The chance for…immigrant guys to run their own show and do an episode like ‘Parents’ — that doesn’t happen all the time. The chance for an Indian guy to star in his own show and do an episode like ‘Indians on TV’ — that doesn’t come around a lot, right?,” Aziz added. He then verified that one of his goals was to bring the Muslim faith into a relatable light. True to his words, like Dev, he has argued with his Muslim family about eating bacon. After all, Aziz wanted to depict diversity because he thinks that a lack of “representation is part of the problem.”

As if all this wasn’t enough, the aspects like humor are also derived from Aziz’s personal experiences. This includes his father’s fun nature inspiring his career decisions and the fact that he truly did get a car stuck between two buildings in Italy. For this once-in-a-lifetime role, not only did Aziz move to Modena where he learned to make pasta and speak Italian, but it also appears as if he and Eric Wareheim, who plays Arnold, really do call themselves “Big Bud” and “Lil Bud” in real life. Whatever the situation may be, Aziz Ansari’s art reflects his actual being.

Season 3 revolves around the tumultuous alliance between Denise (Lena Waithe) and Alicia (Naomi Ackie), along with their efforts to become parents via insemination and then IVF. Well, you would be surprised to learn that even this is partly based on real experiences. Since Lena Waithe is a lesbian herself, who was once married to Alana Mayo, she provided inputs that helped set the tone for exactly how the relationship between Alicia and Denise in this chapter should progress.

Furthermore, during an interview with Entertainment Weekly in 2015, Lena said, “[My character is] a heightened version of me. She’s very straightforward, a lot like myself, and she loves her friends.” Denise was never intended to be African-American or gay, she then added, but that changed once she met Aziz, and he decided to make her a little more like Lena. Thus, the two got together and rewrote the entire part to “reflect more of [Lena’s] personality, which was amazing.”