Is Melia Kreiling Dating? Who is Her Boyfriend? 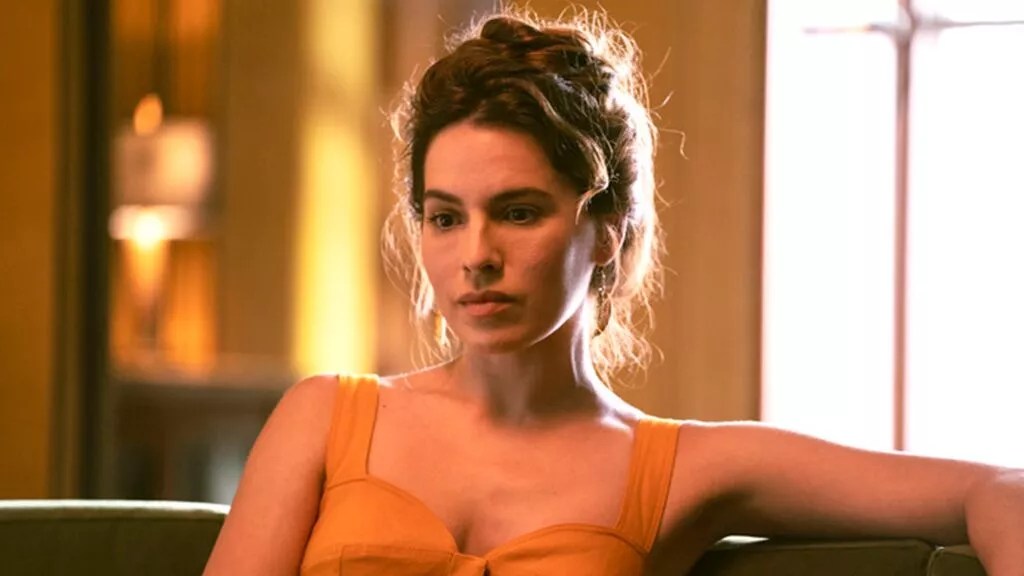 Following her debut in the world of entertainment in 2011, Melia Kreiling has gained significant fame for her compelling performances, especially for her portrayal of Alycia Vrettou in ‘Salvation,’ Ginger Sweet in ‘Filthy Rich,’ and Daliyah Al-Yazbek in ‘Tyrant.’ She garnered a lot of attention for her lead role as Amandine in the television series ‘Mammals’ alongside James Corden.

Over the years, Melia has garnered a dedicated fanbase that deeply adores her. Her performance in ‘Emily in Paris’ as the addition in season 3 has added to her ever-increasing fanbase. She plays the role of Sofia Sideris, who works closely with Camille Razat as one of her new clients. Naturally, we got intrigued to dig deeper into her personal life, and here’s everything we found!

Melia Kreiling was born on October 6, 1990, in Geneva, Switzerland and grew up in Athens, Greece. Her father, Randal A. Kreiling is American, while her mother, Katia Dimopoulou, is of Greek origin. Melia opened up about her complicated childhood in an interview with Paste Magazine. She revealed that she comes from a broken household, and her mother, a jet-setting journalist, raised her and inspired her to become an actor. Melia said, “I had a great childhood and upbringing, but it was all complicated in many ways. With the divorce from all sides… it was a complicated childhood.”

Melia added, “And I think that performance was a perfect escape from what was going on in the house, whether it was good or bad. But it was my space. When I would go to dance class or if I was in a play at school, it was my time and I could sort of calm down there.” The 32-year-old star spent her childhood in beautiful Athens, where she obtained her high school graduation degree and later attended the National State School of Dance.

Following this, during her teenage years, she eventually moved to the United Kingdom, where she attended the Northern School of Contemporary Dance in Leeds. Interestingly, Melia did not always want to become an actor. Her ever-supporting mother and godfather motivated her to get into the field after the severe injury that stopped her from achieving her dream career in dance. After which, she enrolled at the London School of Dramatic Art alongside the University of Winchester, and the rest is history.

Melia is among the actors passionate about acting in TV series and in films alike. She told Kettle Magazine, “I love doing both! TV is incredible nowadays…. Film has a certain magic about it because you only have one chance to get the movie right. There is no episode next week to further develop a story or character. I always feel like film extends an invitation to you and TV asks for an invitation from you.”

The gorgeous star has quite a few hobbies, which she loves doing as a form of relaxation. She is an avid reader and loves horseback riding along with traveling across different destinations. The star loves animals and frequently works for the cause of animals and organizations that relocate animals. She promotes adoption over buying animals and frequently posts with her adopted pet.

Is Melia Kreiling Dating Anyone?

It seems like Melia Kreiling is not fond of sharing personal details about her life in the public sphere and is rather private when it comes to her dating life. However, it is rumored that she may be romantically involved with someone outside the film industry. Melia posted very few pictures with her supposed significant other, Evan Schiller, back in 2019. Apart from that, Melia has tightly kept the details about this part of her life brushed under the carpet.

We are unsure if the two are still dating since the actor has provided no recent updates on the same. It could be possible that with Melia’s rising fame, she wishes to keep her love life away from unnecessary media attention. It must be noted that they are still following each other on social media, which means they are still in touch. Thus, from what we can tell, until Melia throws light on the subject, we cannot say anything for sure. Nonetheless, the talented actress is busy in her individual life, rocking it both on and off the screen.