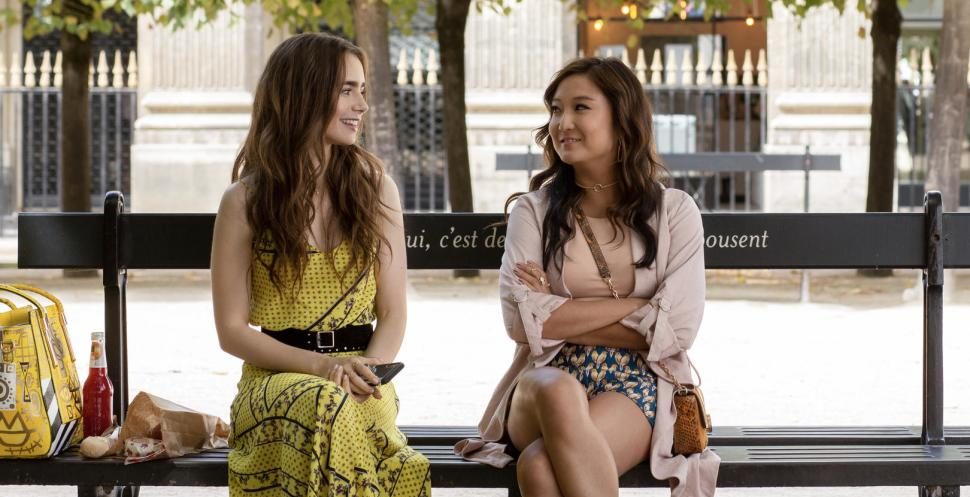 Created by the ‘Sex and the City’ and ‘Younger’ genius Darren Star, ‘Emily in Paris’ made quite a splash upon its release in October 2020. The Netflix series stars Lily Collins as the titular character, an ambitious marketing exec from Chicago who lands her dream job working in the City of Love, but it isn’t as smooth sailing as she anticipated. What ensues is a wild adventure filled with workplace politics, complicated romantic entanglements, and the incredible fashion moments. However, the beautiful visuals had the viewers turning their heads during every scene throughout the ten-episode-run.

In a time where the only route taken by most of us is from the couch to the refrigerator, we are vicariously living through the mesmerizing scenic magnificence of Paris as Emily flounces around the City of Lights in oh-so-gorgeous fashion pieces. If you are as whisked away to the exotic locations of ‘Emily in Paris’ as we are, and wondering where the filming took place, we have all the details right here.

Part of the charm created by the show is attributed to the arresting beauty of the location. Not every project set in a foreign location has the opportunity to actually film there, but the cast of ‘Emily in Paris’ lucked out, as all ten episodes were shot on location in France. Here are the specific shooting sites!

The show has unlocked some of Paris’ most glittering and glamorous locations. We see Emily attending the opera at the renowned Palais Garnier, the splendid monument to Napoleon III’s profligate reign in the late nineteenth century, all marble and intricate gilt and aged French aristocrats. She dines in the historic and equally glorious Le Gran Véfour on rue du Beaujolais, which is among Paris’s oldest and most distinguished restaurants.

One of the episodes finds her on the Pont Alexandre III, the flamboyant baroque Beaux-Arts bridge that looks up towards the Champs-Elysees and down to the exceptional dome of Les Invalides. If you’re wondering where have you seen that bridge before, it is in Woody Allen’s ‘Midnight in Paris’, as is another ‘Emily in Paris’ location, the Musée des Arts Forains, the funfair museum on avenue des Terroirs de France, located on the south-eastern outskirts.

Emily is seen taking a stroll in the picturesque surroundings of another favorite film locale – Jardin du Luxembourg. Emily’s apartment is just around the corner from there. It’s also the place where her friend Gabriel’s (Lucas Bravo) restaurant is situated, along with her local bakery. However, the interiors of her apartment have been filmed on a soundstage.

In the penultimate episode, the imposing 18th-century construction of Monnaie de Paris is used as one of the locations. Situated on the banks of the Seine, its exteriors dubbed as the venue for a stunning fashion show. There’s also a brief visit to one of Paris’ recently-built galleries, L’Atelier des Lumières, on rue Saint-Maur in the 11th.

The filming crew even heads out of the city and into the Loire Valley, where Emily visits a friend’s home, which is ostensibly in the Champagne region. The place where Emily is seen taking a cycle ride through the vineyards is none other than Sonnay, an impressive country estate.