Is Monster Garage Real? Where is it Located? Where is the Show Filmed?

‘Discovery Network’s ‘Monster Garage’ is a reality show that centers around Jesse James, an entrepreneur and television personality famous for his work in the automotive industry. The show, now a Discovery+ original, focuses on teams aiming to turn regular cars into full-fledged, over-the-top machines while still maintaining a car’s functionality. The process, as one can expect, is dramatic and the results—outrageous.

There are many reality shows focused on automotive customization, and ‘Monster Garage’ is one of the more audacious ones in the segment. These shows generally have varying levels of truth and fabrication (no pun intended) in their depictions, so we decided to take a closer look at ‘Monster Garage’ and see whether the famous workshop actually exists.

Yes, the garage seen on ‘Monster Garage’ is real. The reality show is filmed predominantly in the fully equipped workshop where Jesse also carries out build-projects for his other company— West Coast Choppers. Jesse James is a well-known and highly skilled fabricator and the founder of West Coast Choppers, known for building custom motorcycles (though a large chunk of their revenue allegedly comes from branded apparel and other products that speak to motorcycle culture). ‘Monster Garage’ is based on the objective of converting regular automobiles into specific machines. According to the show’s rules, teams have to meet their objective within a specific budget and period of time. 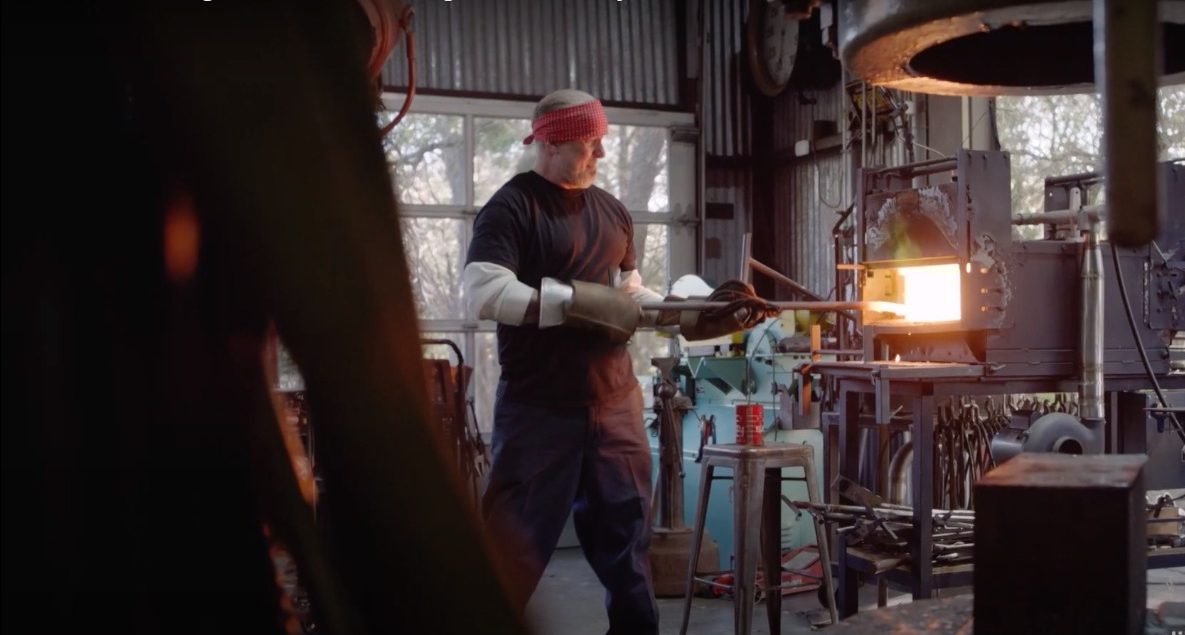 While most of the fabrication and modification work to build the audacious cars is carried out in the garage itself, sometimes external suppliers are used for specific parts that are not technically automobile-based but have to be put into a car as part of the ‘Monster Garage’ challenge. For example, the sliding trays to support a bar and grill, which were then fitted into a Cadillac Escalade for an episode centered on turning the car into a party tailgater.

The “Monster” garage is likely Jesse’s primary place of work and therefore moved with him when he shifted base from California to Texas. Jesse’s California workshop where ‘Monster Garage’ was originally filmed was reportedly sold in 2011 and subsequently turned into creative offices for a company’s corporate headquarters. The land, which measures around 17,214 square feet, was seemingly once again for sale in 2020 for about $3 million.

Jesse’s new workshop is where the current iteration of ‘Monster Garage’ is filmed, and the garage promises to be as well equipped if not better than its predecessor. Jesse will seemingly continue fabricating and customizing choppers, hot rods, and possibly even guns at his new workshop. The garage where ‘Monster Garage’ is filmed is, therefore, genuine and seems to move locations with the show’s central automobile expert— Jesse James.

Where is Monster Garage Located? Where is the Show Filmed?

‘Monster Garage’ is filmed in Jesse’s West Coast Chopper garage in Austin, Texas. It was earlier located in Long Beach, California, but was later moved to a compound about half an hour away from downtown Austin. It seems like Jesse currently houses his multiple businesses, including West Coast Choppers, Jesse James Firearms, and Texas Hot Rods, all within the same compound located at 12285 Trautwein Road, Austin. It is here that the ‘Monster Garage’ builds happen and where the show is seemingly filmed as well.