Is Moonshot’s Leon Kovi Based on Elon Musk? 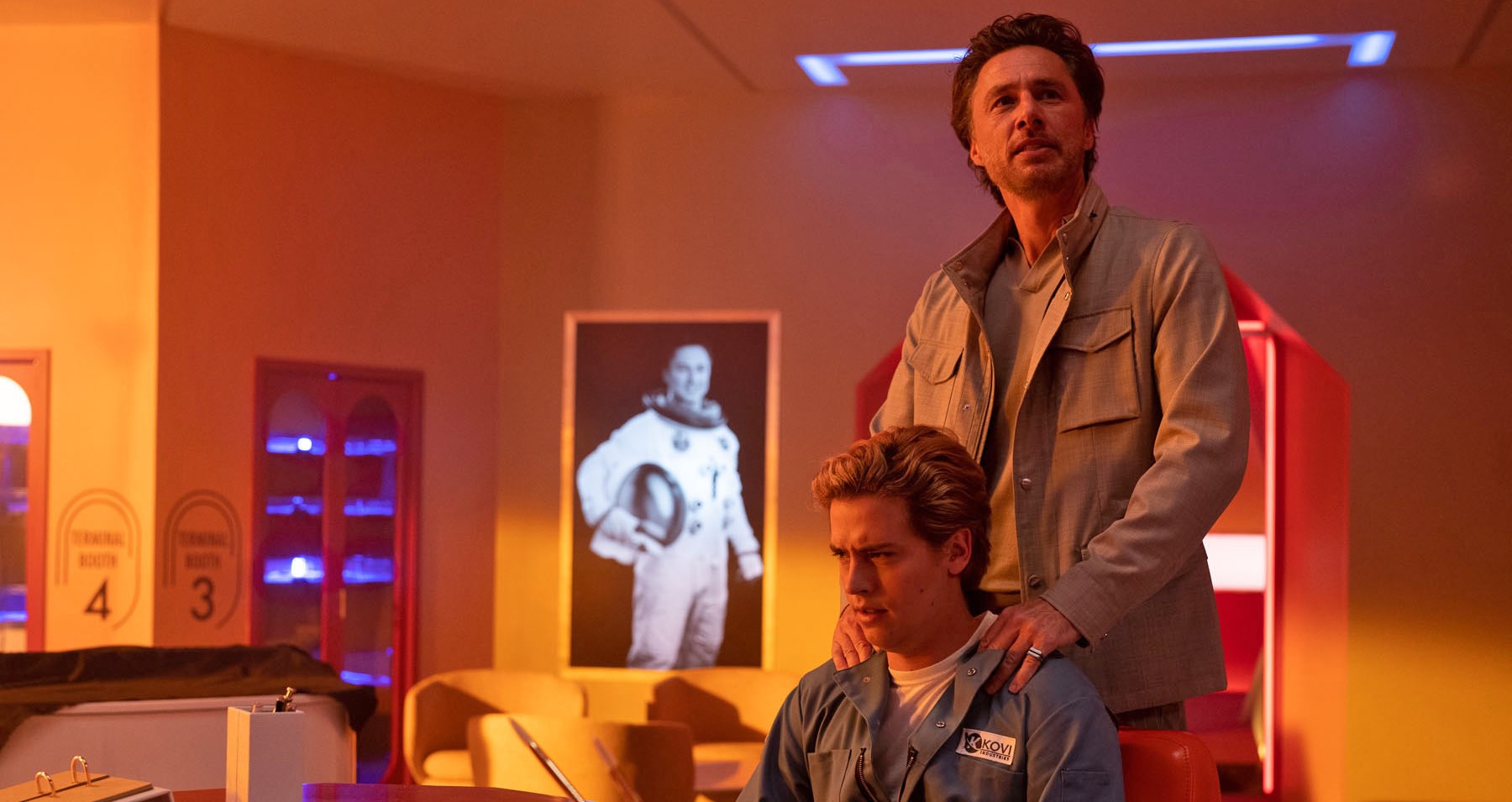 Written by Max Taxe and directed by Christopher Winterbauer, ‘Moonshot’ isn’t an ordinary romantic comedy movie. Set in 2049, it explores ever-green themes such as immigration, wealth disparity, and discrimination in a science fiction setting. In the film, Mars has been colonized under the leadership of billionaire Leon Kovi (Zach Braff), who was also the first person to set foot on the Red Planet. Since then,m everything has been going according to plan. The protagonist, Walt, is imbued with an old-school adventurous spirit. He virtually worships Kovi and dreams of going to Mars. The problem is that only high-performing science geniuses are accepted into Kovi Industries Student Mars Program, and Walt is extraordinarily mediocre.

Kovi is a remarkable character. He is evidently brilliant and adventurous. If he weren’t, he would have remained on Earth, and by extension, probably so would have humanity. But at the same time, he seems to radiate a sense of apathetic detachment and alarming pessimism toward life on Earth. We know that certain billionaires are planning to colonize Mars, including Elon Musk. If You are wondering whether Leon Kovi is based on the founder and CEO of SpaceX, this is what you need to know. SPOILERS AHEAD.

Is Leon Kovi Based on Elon Musk?

Braff portrays Kovi as both whimsical and driven. It seems that the character is supposed to be a satire on Musk and other billionaires involved in the privatized space race of the 21st century. Because this is a satire, certain things are justifiably exaggerated. As mentioned above, immigration and discrimination are major themes in the film. ‘Moonshot’ looks back to the past and present to conceptualize what might happen in the future. Immigration and discrimination are issues that are often interconnected. In the American context, immigrants have regularly faced discrimination at the hands of people who or whose families arrived earlier than them. The latter group’s behavior often stems from their ingrained racism. In the world of ‘Moonshot,’ racism appears to have taken a backseat to merit-based discrimination. Walt is constantly reminded of his mediocrity by almost everyone he meets, including Kovi. The billionaire chooses him for the Ceres Mission because people have become inspired by his ordinariness.

On Mars, Kovi has created a merit-based society. Because of his student program, many bright young people have immigrated, creating a brain drain issue on Earth. It seems that according to the film, billionaires like Kovi are so attached to their vision that they forget the cost of it. Or maybe they don’t, and still go through with it anyway. In ‘Moonshot,’ one of the main reasons for colonizing Mars is the overflow of trash on Earth. As the film points out, Mars doesn’t have any trash because they sent it to Earth. So, to keep a desolate planet clean, they are contributing to the slow death of the only place currently able to sustain human life, Earth.

Kovi tells Walt that he could have solved problems such as poverty and hunger on Earth, but he chose to colonize Mars. He also states that billionaires don’t pay taxes. In real life, billionaires such as Musk have faced scrutiny for allegedly not paying their fair share of taxes. Ultimately, it seems that Taxe and Winterbauerhave used Musk and other billionaires as templates while developing the character of Leon Kovi.