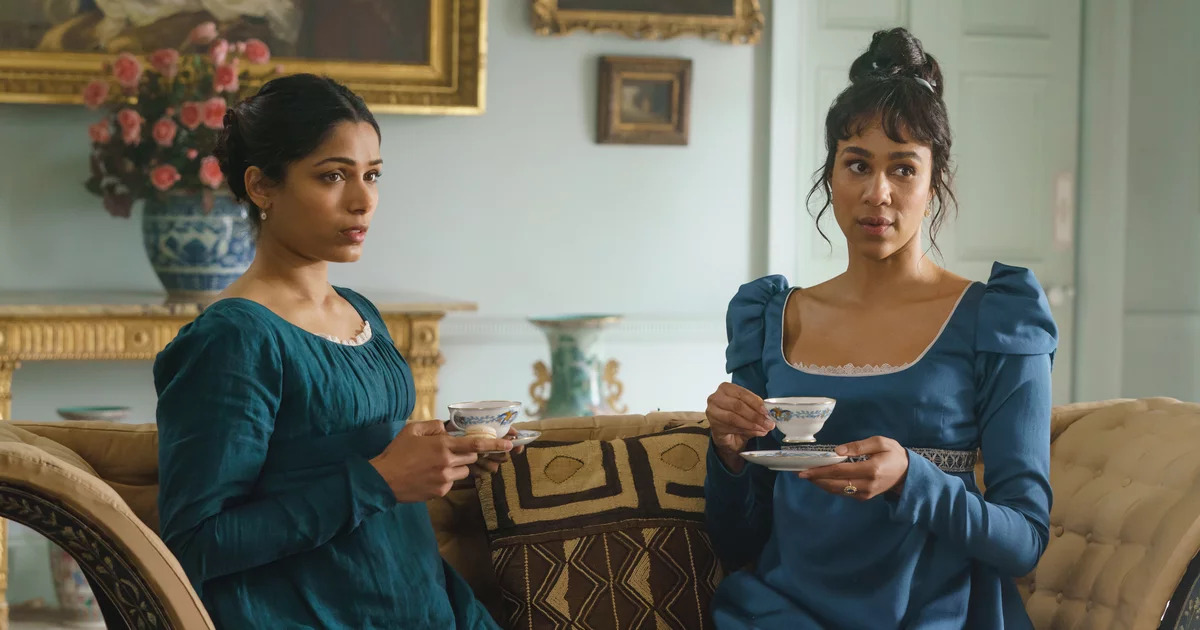 Based on Suzanne Allain’s eponymous novel, ‘Mr. Malcolm’s List’ is a period romance film that revolves around friends Julia Thistlewaite and Selina Dalton as they plan to exact revenge on a distinguished bachelor named Mr. Jeremiah Malcolm. Directed by Emma Holly Jones, the historical movie features stellar performances from a talented group of actors and actresses, including Freida Pinto, Sope Dirisu, Zawe Ashton, and Theo James. Many people find such historical romance dramas quite intriguing, and if you are one of them, you must want to know more about this film and how you can watch it. Well, allow us to share all the necessary details you require!

Set in 19th Century England, the narrative follows Julia, who gets rejected by Mr. Malcolm for missing one of the qualities on his infamous list of requirements for a bride. Naturally, she is humiliated and plans to get back at him, so she manages to convince her dear friend Selina to help her in this mission by posing as a suitable match for him. However, as Mr. Malcolm and Selina spend more time together, he has a hard time believing that he has found the ideal woman while the latter starts feeling some sparks fly. Now that your interest has peaked, let’s see where you can catch ‘Mr. Malcolm’s List’ online!

No, ‘Mr. Malcolm’s List’ is not available on Netflix. Nonetheless, the streaming giant has several other alternatives that you might enjoy, such as ‘Lady J‘ and ‘The Guernsey Literary and Potato Peel Pie Society.’

Hulu subscribers might be disappointed to know that ‘Mr. Malcolm’s List’ is not a part of the streamer’s content library. Nonetheless, there are similar movies that the streaming platform houses, such as ‘A Room With a View‘ and ‘Much Ado About Nothing.’

Although ‘Mr. Malcolm’s List’ is not accessible on Amazon Prime Video, there are some other period dramas you may enjoy watching. We recommend you watch ‘Under the Greenwood Tree‘ and ‘Love and Friendship.’

HBO Max subscribers will have to look for ‘Mr. Malcolm’s List’ on other platforms as the historical film is not included in the streamer’s expansive collection of movies and TV shows. But you can put your subscription to good use by turning to other alternatives, such as ‘Anna Karenina‘ and ‘Emma.’

‘Mr. Malcolm’s List’ has been released exclusively in theatres, so as of now, there is no way you can watch the movie on any of the digital platforms. Currently, the only way you can witness the budding romance between Mr. Malcolm and Selina is on the big screen. So, if you cannot wait any longer and would like to enjoy an immersive experience, you can check show timings and book tickets on the movie’s official website and Fandango.

As mentioned above, the period drama is unavailable for streaming on any of the online platforms; hence, there is currently no way for you to stream ‘Mr. Malcolm’s List’ for free. All you can do is hope that it lands on any of the digital platforms providing a free trial to their new subscribers. Meanwhile, we urge our readers to always pay for the content they wish to consume rather than resort to illegal means to do the same.