Is Mr. Mayor on Netflix, HBO Max, Hulu, or Prime? 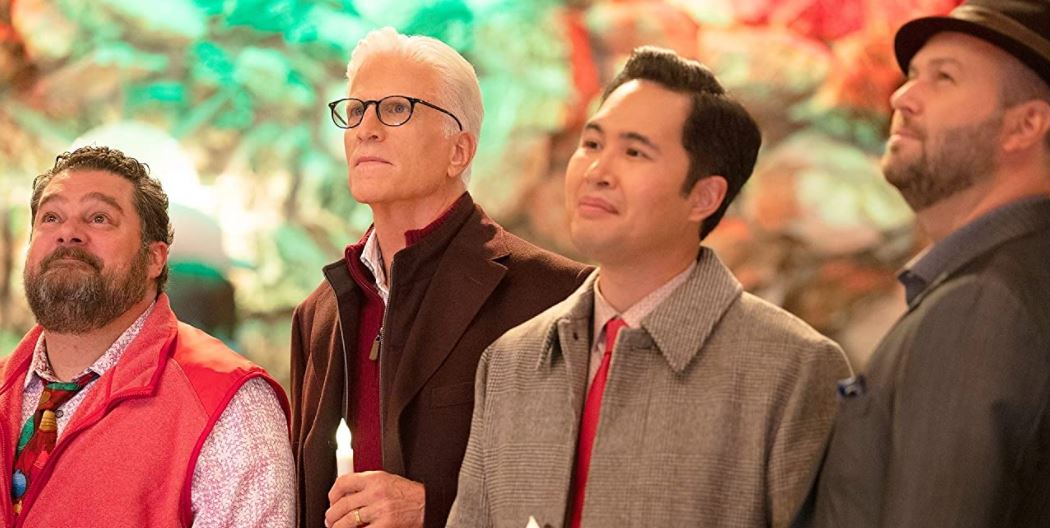 ‘Mr. Mayor‘ is a sitcom that revolves around a retired businessman Neil Bremer who decides to run for the position of mayor of Los Angeles. He ends up winning the election and chaos ensues due to his obvious inexperience. Created by Robert Carlock and Tina Fey, the show is full of humorous situations, hilarious punches, and amazing performances. It stars Ted Danson, Holly Hunter, Vella Lovell, Mike Cabellon, Bobby Moynihan, and Kyla Kenedy. If you can’t wait to watch this chaotic political circus and are eager to know just where to watch it, we have got you covered!

What is Mr. Mayor About?

Neil Bremer is a retired billboard ad executive who wants to impress his daughter Orly Bremer and gain the respect of everyone around him. In order to achieve this, he decides to run for Mayor of Los Angeles after the current mayor resigns due to a nervous breakdown. The plan backfires spectacularly as he struggles to understand and navigate his work as “Mr. Mayor.” However, his staff is here to help him through the situation he has trapped himself in.

Bremer’s first piece of trouble comes in the form of Arpi Meskimen, a seasoned politician who wants to be the mayor but was denied. Bremer decides to kill two birds with one stone by giving her the position of Deputy Mayor in order to neutralize her while also taking advantage of her political experience. Bremer and Arpi, along with the staff members – Mikaela Shaw, Tommy Tomás, and Jayden Kwapis –embark on a hilarious journey while trying to make LA a better place. Since you are eager to watch the sitcom, here are all the details you will need!

Is Mr. Mayor on Netflix?

If you are looking forward to watching ‘Mr. Mayor,’ Netflix is not the place for you. Instead, you can check out the comedy-drama ‘The Politician.’ It revolves around Payton Hobart, who has dreamed of being the president of the United States of America since he was seven. Now, he is doing everything he can to achieve his goal. In case you are in the mood for something more serious, the streaming giant offers thriller political drama shows such as ‘Designated Survivor.’

Is Mr. Mayor on Hulu?

Hulu subscribers will be delighted to know that ‘Mr. Mayor’ is indeed available for viewing on the platform. You can watch this entertaining sitcom right here!

Is Mr. Mayor on Amazon Prime?

Amazon Prime does not feature ‘Mr. Mayor’ as a part of its regular portfolio. Nevertheless, Prime users can use the on-demand video service to watch this amazing show. You can purchase a single episode for the cost of $2.99 or buy an entire season for just $9.99. To know more about this option, you can go head here! Amazon Prime does offer similar shows like ‘Alpha House‘ and ‘Community‘ for Primer members to watch at no extra cost.

Is Mr. Mayor on HBO Max?

Sadly, ‘Mr. Mayor’ is not available on HBO Max. However, we highly recommend watching ‘Veep‘ and ‘Curb Your Enthusiasm.’ The political satires will surely interest fans of the Ted Danson-starter with their comedic tone and talented performances.

Where to Watch Mr. Mayor Online?

The best way to watch ‘Mr. Mayor’ is on NBC’s official website or Peacock. In addition, you can live-stream the series on FuboTV, YouTubeTV, Sling TV, DirecTV, and Xfinity. To purchase or rent the show, you can check out Spectrum, Vudu, YouTube, and iTunes. As for Canadian viewers, they can watch the show on Citytv’s official website.

How to Stream Mr. Mayor for Free?

If you are interested in watching ‘Mr. Mayor’ for free, Hulu’s 30-day free trial for new subscribers might be useful for you. Moreover, you can watch episodes for free on Peacock, but you will have to wait eight days after they air on NBC. Fubo TV and YouTube TV offer a week-long free trial that can be utilized for the same, whereas DirecTV provides a 5-day free trial. While having said that, we advise our readers to avoid any illegal methods and purchase the required subscriptions in order to watch their beloved series. This way you will also support the show and the people involved in its making!