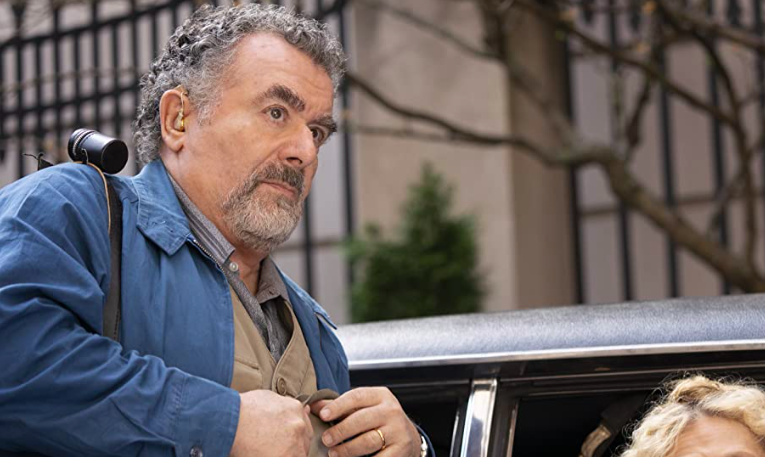 Prime Video’s ‘Hunters’ is a historical fiction series that focuses on the story of a group who have dedicated their lives to hunting Nazis. The story begins with Jonah Heidelbaum and the discovery of his grandmother’s past as a hunter. Soon, however, he connects with more people who have been through a journey similar to his grandmother’s and are still fighting to get justice for themselves and millions of other people who suffered the atrocities at the hands of the Nazi regime.

Murray and Mindy Markowitz went through a harrowing journey, losing their loved ones during the Holocaust, and are now a very important part of the Nazi-hunting group. The second season of the series leads the Hunters to track down Hitler, but Murray Markowitz is nowhere to be seen. If you are wondering what happened to him, then here’s what you should know. SPOILERS AHEAD

Hunting Nazis is a dangerous job and it becomes all the more challenging when it is revealed that they are not only in touch with each other but are also planning something big. In the first season, the Hunters discover that the Nazis that they have been hunting are a part of a bigger conspiracy. They are all working under the leadership of a person known as the Colonel and they aim to bring back the Nazi regime. This time, however, the target is America.

Murray and Mindy are Holocaust survivors. They have not only lived in inhumane conditions, but they also suffered a heartbreaking tragedy just when they arrived at the camp. When men, women, and children were being separated, Murray refused to let go of his son Aaron. The guards tried to separate them but failed. In the end, an SS officer decided that the only way to solve the problem was to kill the child. He shot Aaron point-blank in front of his parents. While Murray survived and moved on with his life, the loss of his son was something that always ate away at him. The couple became a part of the Hunters because they were motivated by the desire for justice and revenge.

After decoding a complicated code that the Nazis had been secretly communicating with, the Hunters arrive at the Grand Central Station, which is revealed to be a key location in the Nazis’ plans. Here, Jonah recognizes Travis, who leaves a bag inside the subway. While Ronny follows Travis, Jonah and Murray are left inside the train. They discover a bomb inside the bag, and they have very little time to stop it. While Jonah leads the people away from the bomb to safety, Murray tries to diffuse it.

Despite his expertise on the matter, Murray knows there is a very good chance that the bomb will go off. He tries to find a way to stop it by cutting off a wire or two, but in the end, it becomes clear that there is no way around it. Seeing that Jonah and the others are at a safe distance, he cuts the last wire and the bomb goes off. Moments before it, Murray sees his son, Aaron, which confirms that the man had made peace with his death.

Murray Markowitz was right next to the bomb when it went off, which means he is dead for good. His character received a proper ending, especially considering that after his death, we get a scene where Mindy meets him and Aaron, reunited in heaven. This wraps up his arc, closing the door for his return in the future. In the second season, however, the story goes back to the past, before the events of Season 1. While this opened the possibility for actor Saul Rubinek’s return as Murray in Season 2, the character didn’t show up.

The reason behind Murray’s absence in ‘Hunters’ Season 2 could be that the timeline in 1975 is more focused on telling Meyer Offerman’s story. The team appears later in that arc, and there are only a couple of scenes in which they appear in the past. To bring back Rubinek without any scope of development on Murray’s arc wouldn’t have been a wise decision, which makes sense why the actor didn’t return to reprise his role.

Considering that ‘Hunters’ has ended with the second season, there is no point in speculating about Rubinek’s return to the series. However, the show leaves some loose ends, which means that should ‘Hunters’ come back to our screens, we can expect to see Murray again, especially considering that there is a lot that we still don’t know about the Markowitz couple.