Is My Policeman on Netflix, HBO Max, Hulu, or Prime? 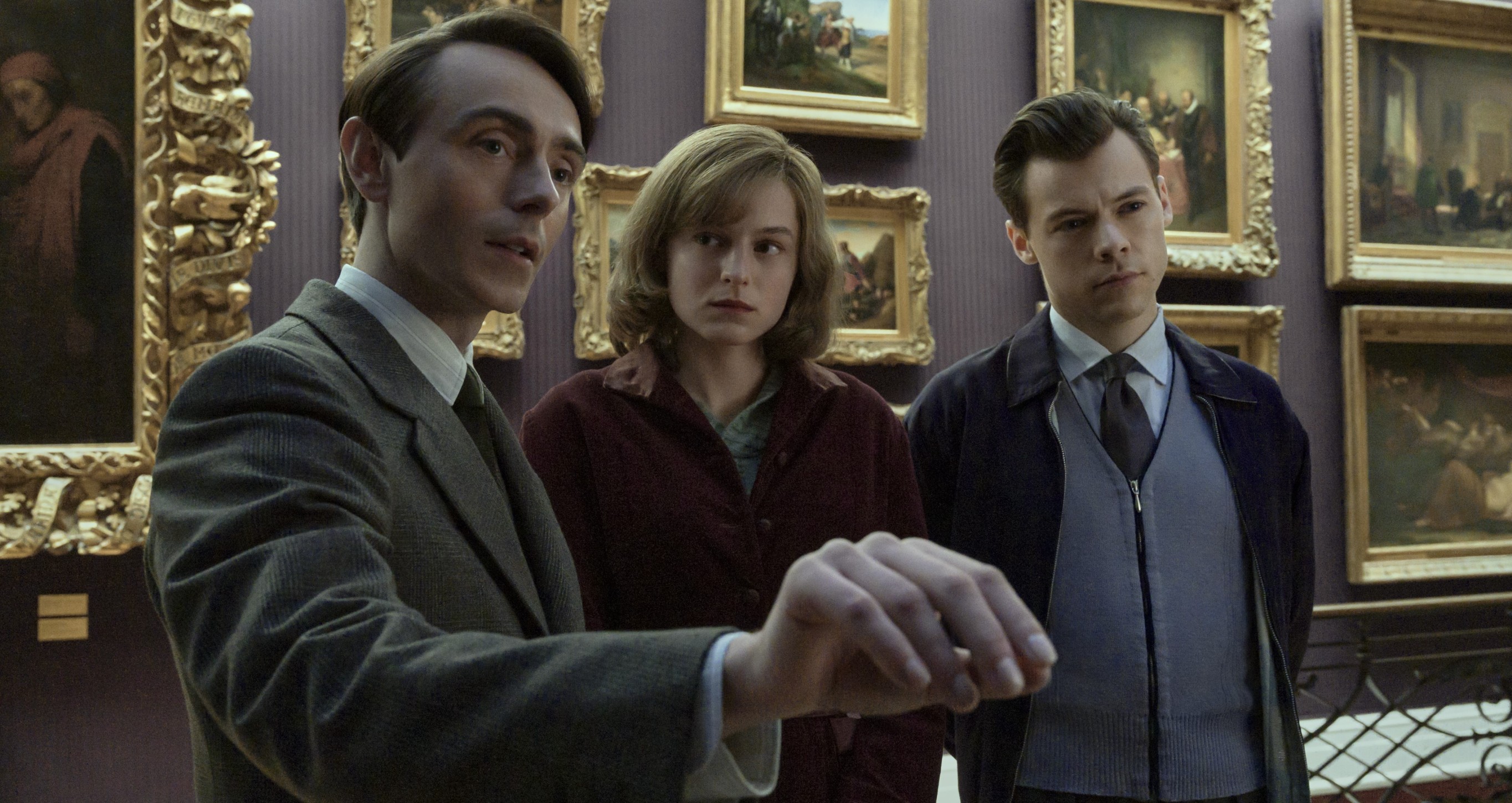 ‘My Policeman’ is a period romantic drama movie that follows the interwoven lives of a gay policeman, a schoolteacher, and a museum curator, in 1950s Britain. Directed by Michael Grandage, the film features stellar performances from a talented ensemble cast, including Harry Styles, Emma Corrin, Gina McKee, Linus Roache, and David Dawson.

The romantic movie has received mixed reviews regarding the direction, screenplay, and Harry Styles’ performance. Nevertheless, most critics have praised Dawson’s performance and acknowledged it as a powerful portrayal of the story of forbidden love and regret. So, if you are interested in learning more about the period drama movie, we have you covered!

What is My Policeman About?

In the 1950s Brighton, a closeted gay policeman named Tom Burgess marries a teacher, Marion Taylor. However, on the side, he indulges in an intimate affair with a museum curator named Patrick Hazlewood. Decades later, the secret of Tom and Patrick’s forbidden love still influences the present lives of all the three people involved. Yet, after all these years, they have a chance to repair their past mistakes and come clean with each other. Now that your interest has been piqued, here are all the ways you can watch the movie yourself!

Is My Policeman on Netflix?

Unfortunately, ‘My Policeman’ is unavailable for streaming on Netflix. Although, you can find other LGBTQ+ romantic movies on the streaming platform, such as ‘I Am Jonas‘ and ‘Operation Hyacinth.’

Is My Policeman on Hulu?

Hulu subscribers might be disappointed that ‘My Policeman’ is not accessible on the platform. Alternatively, you can check out other alternatives Hulu houses, including ‘Benedetta,’ ‘Free Fall,’ and ‘Moffie.’

Is My Policeman on Amazon Prime?

We have good news for Amazon Prime Video subscribers! ‘My Policeman’ is available for streaming on the streaming giant, and you can watch it here!

Is My Policeman on HBO Max?

HBO Max subscribers will need to look for ‘My Policeman’ on other platforms as it is not a part of the streamer’s expansive content library. Nonetheless, don’t let it disappoint you too much as there are other alternatives you can turn to, including ‘Beach Rats‘ and ‘Desert Hearts.’

Where to Watch My Policeman Online?

Apart from Amazon Prime Video, ‘My Policeman’ has also been released in select theatres. So, if you wish to watch the drama between the three protagonists unfold on the big screen, you can check out show timings and book tickets on the movie’s official website and Fandango.

How to Stream My Policeman For Free?

Fortunately, Amazon Prime Video grants new subscribers free access to its content for the first 30 days. You can take advantage of this offer and stream ‘My Policeman’ without any cost. That said, we encourage our readers to pay for the relevant subscriptions to watch their favorite movies and TV shows instead of resorting to illegal means to do the same.

Read More: Where Was My Policeman Filmed?