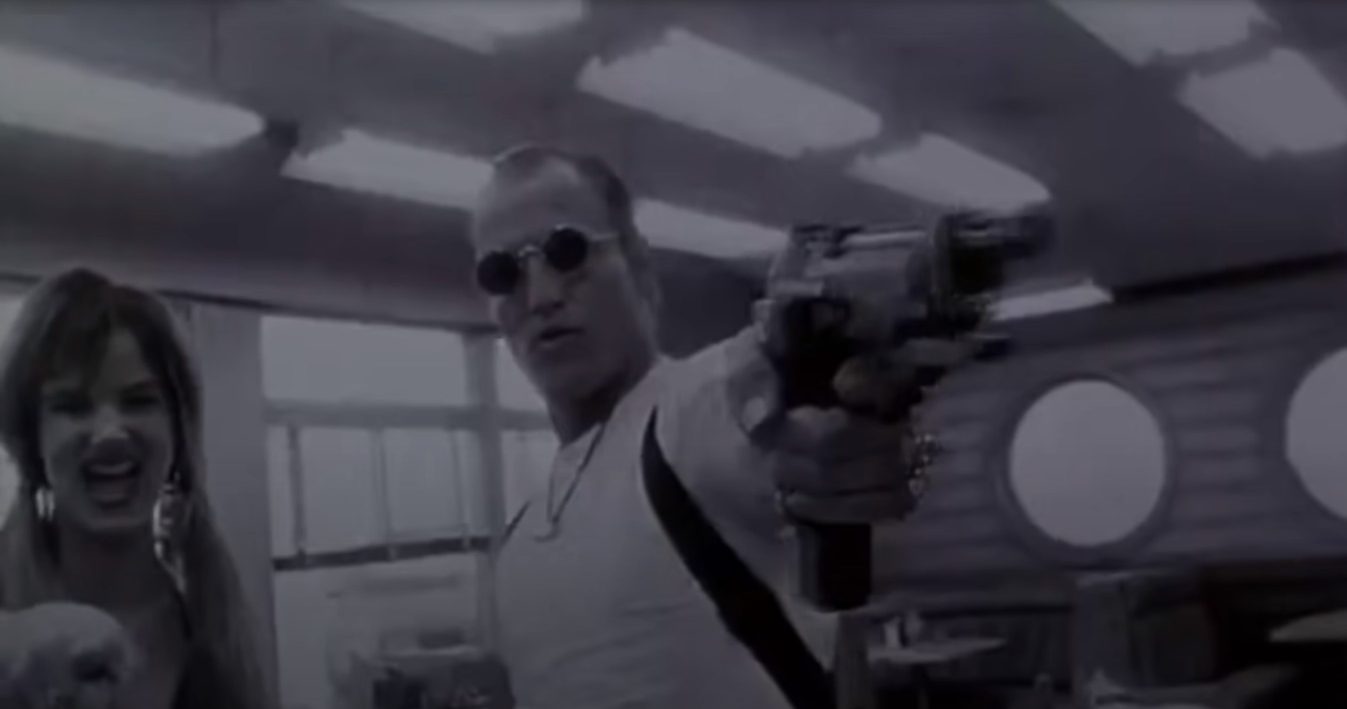 ‘Natural Born Killers’ is a 1994 crime drama that follows two lovers, Mickey and Mallory, whose childhood trauma leads them to go out and commit a string of murders. What makes things even darker is the media storm the couple causes, as despite being heinous criminals, they both are glorified in the news. Directed by Oliver Stone, the action film depicts a savage killing spree but backs it up with profound social commentary. The story understandably feels ripped from the headlines, so we dug around to see whether ‘Natural Born Killers’ is based on actual events. Here’s what we found.

No, ‘Natural Born Killers’ is not based on a true story. The film also doesn’t draw from a book but is adapted from a screenplay written by the unmistakable Quentin Tarantino. However, Tarantino’s original screenplay was then reworked substantially by director Oliver Stone, writer David Veloz, and associate producer Richard Rutowski. Tarantino’s story revolves around journalist Wayne Gale and follows a married couple who suddenly decide to go on a killing spree.

Meanwhile, the redone version (which was finally put to screen) focuses on Mickey and Mallory instead. Ultimately, Tarantino was only credited for the film’s story owing to the significant changes made to his screenplay. When the director first read the script, he envisioned the finished product as a high-octane action film. However, in the time that followed, real-world incidents like the O.J. Simpson trial, the Menendez brothers case, and even the Rodney King incident showed Stone just how influential the media was to the outcome of the cases.

Therefore, the director pivoted the film to focus on media’s tumultuous effect on people, going so far as to suggest that media and violence have a mutually reinforcing effect. This is clearly seen in the media uproar that gives mass murderers Mickey and Mallory an unprecedented amount of fame. Thus, Stone essentially uses Tarantino’s story to provide pointed social commentary on the media. In fact, one of the film’s posters made its focus amply clear, calling the project a “bold new film that takes a look at a country seduced by fame, obsessed by crime, and consumed by the media.”

There were also theories that Stone was influenced by the anger and sadness he felt due to the dissolution of his second marriage. Moreover, he stated in an interview that the vitality of Indian cinema partly inspired him to make his film. Finally, the idea of a book is often mixed up with regard to the inspiration behind ‘Natural Born Killers.’ The film doesn’t take inspiration from any literary piece and is sourced from Tarantino’s original screenplay.

When the legendary filmmaker attempted to publish the very same screenplay, the producers of ‘Natural Born Killers’ claimed that Tarantino had sold them the script and therefore couldn’t publish it. A lawsuit was involved, but Tarantino was ultimately allowed to publish the paperback titled ‘Natural Born Killers: The Original Screenplay.’ He has done the same with his script for ‘True Romance.’

Ultimately, the story of ‘Natural Born Killers’ was seeded by a screenplay by master storyteller Quentin Tarantino. While real-world events loosely inspire its subsequent treatment by Stone and his team, such true story aspects influence the tone and theme of the film more than its narrative. The film is, thus, not based on an actual incident and is a work of fiction that acts as an exaggerated social commentary about the real world and the complicated role of the media.