Where Was Natural Born Killers Filmed? 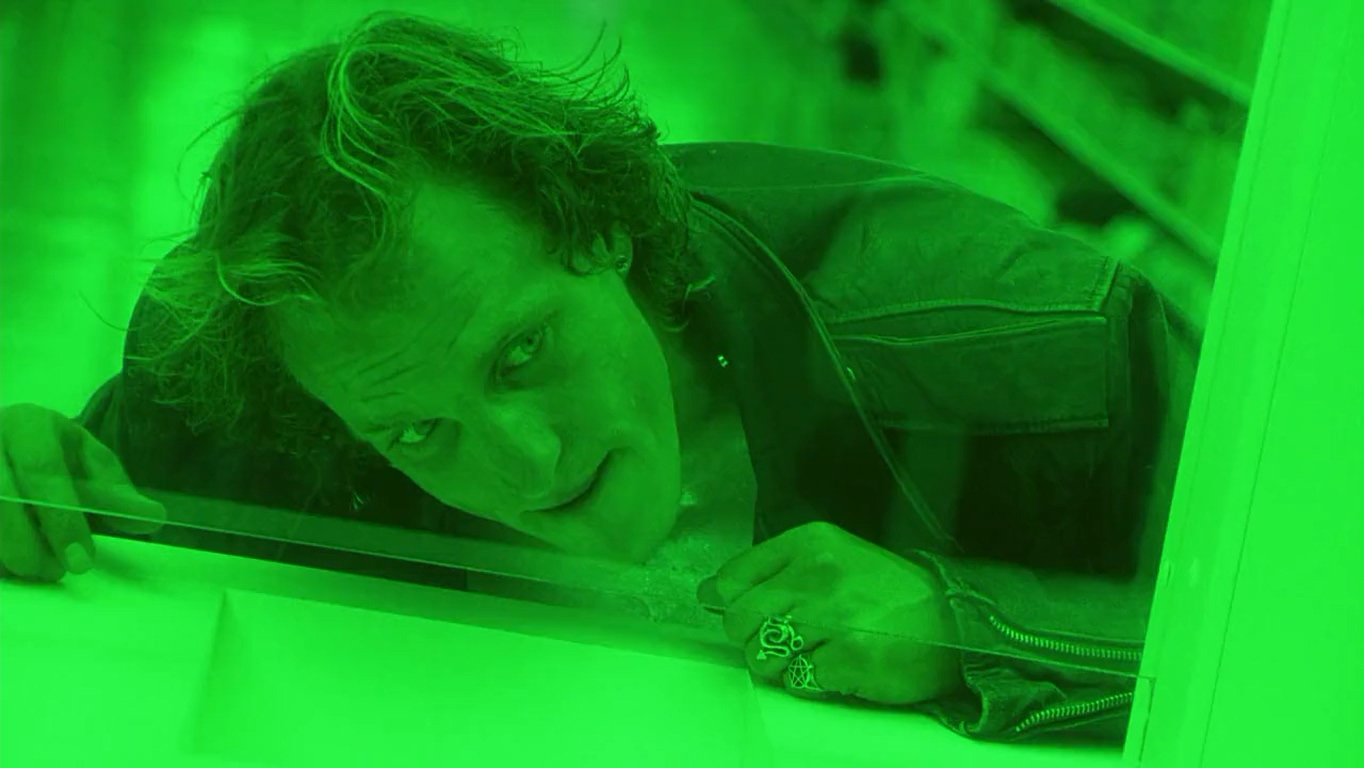 Oliver Stone, the acclaimed director behind ‘Midnight Express,’ helmed the 1994 crime drama movie ‘Natural Born Killers,’ showcasing 90s Americana in its zenith of crime and glory. The narrative follows two victims of traumatic childhood who come together to become mass murderers, and the situation gets muddier as mass media glorifies the erratic couple.

Following its release, the movie polarized the critics and created controversy regarding its violent sequences. Most parts of ‘Natural Born Killers’ unveil in deserted areas, from New Mexico to Arizona, showcasing road signs and nocturnal neons. Now, if you are curious whether the movie was filmed in those places, let us put an end to your doubts.

‘Natural Born Killers’ were filmed throughout New Mexico, Arizona, Illinois, Indiana, and Nevada. Principal photography commenced on May 24, 1993, getting wrapped up by July 31, 1993. Robert Richardson, a regular collaborator of Quentin Tarantino, came on board as the cinematographer. At the same time, Victor Kempster, the production designer of ‘JFK’ and ‘Miami Vice,’ also became associated with the project. Let us now take you to the specific locations where the movie was lensed.

The opening sequence was partially filmed in and around Las Vegas, a city known for its casinos and entertainment industry. As the most populous city in the state, Las Vegas is frequented by tourists throughout the year. In the opening sequence, we see a glimpse of Binion’s Horseshoe Casino, a historic casino located at 128 East Fremont Street in Vegas. 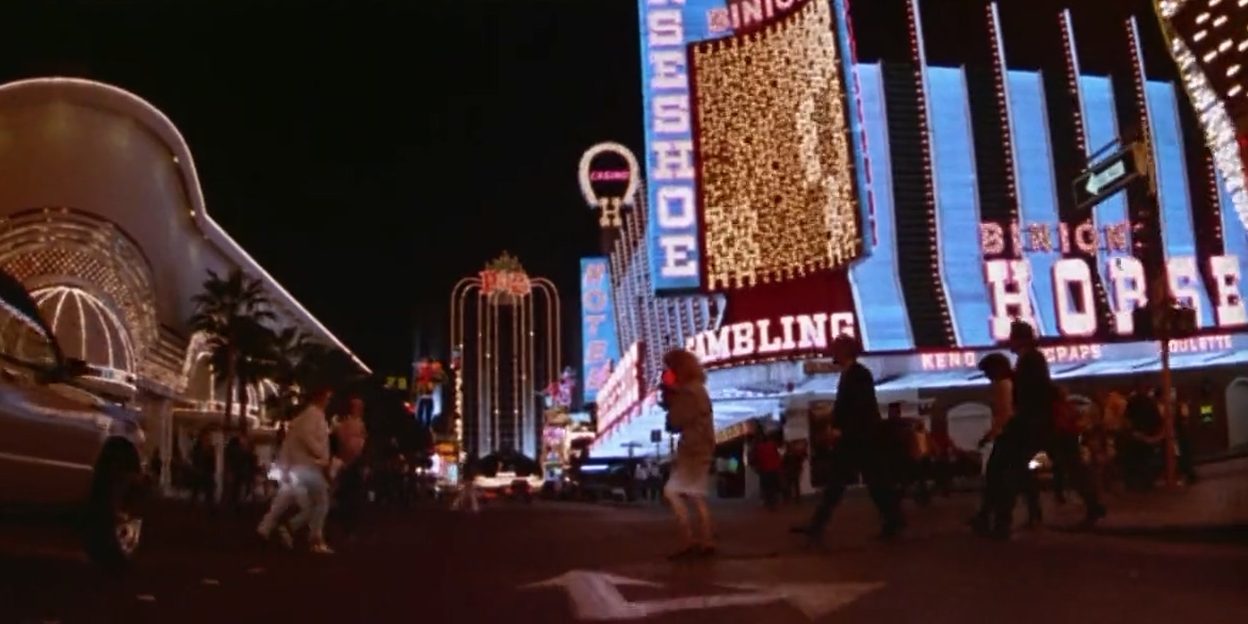 Furthermore, scenes were taped outside the iconic Four Queens Casino at 202 East Fremont Street, and the Fremont Club Casino, at 200 East Fremont Street. The crew shot additional scenes featuring the Plaza Hotel and Casino, a four-star tourist accommodation located at 1 Main Street in the city’s heart. 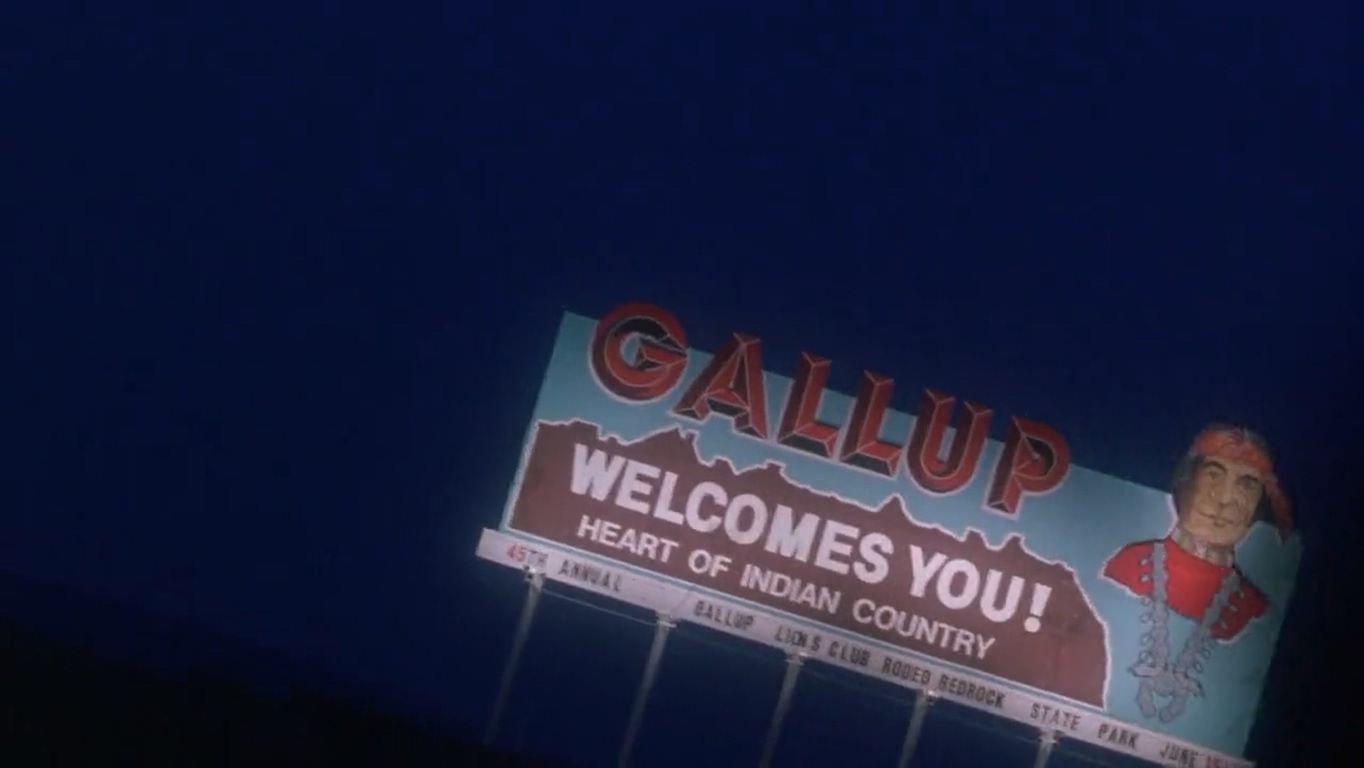 A significant chunk of filming went underway in New Mexico as the production team charted the entire length of the Land of Enchantment. The crew began their journey in the state from Gallup, a small city along the historic Route 66 in McKinley County, which is in the vicinity of the Anasazi archaeological sites from 300 AD. The unit also captured sequences on the Rio Grande Gorge Bridge, the tenth highest bridge in the country. It is a steel deck arch bridge across the Rio Grande Gorge 10 miles northwest of Taos. 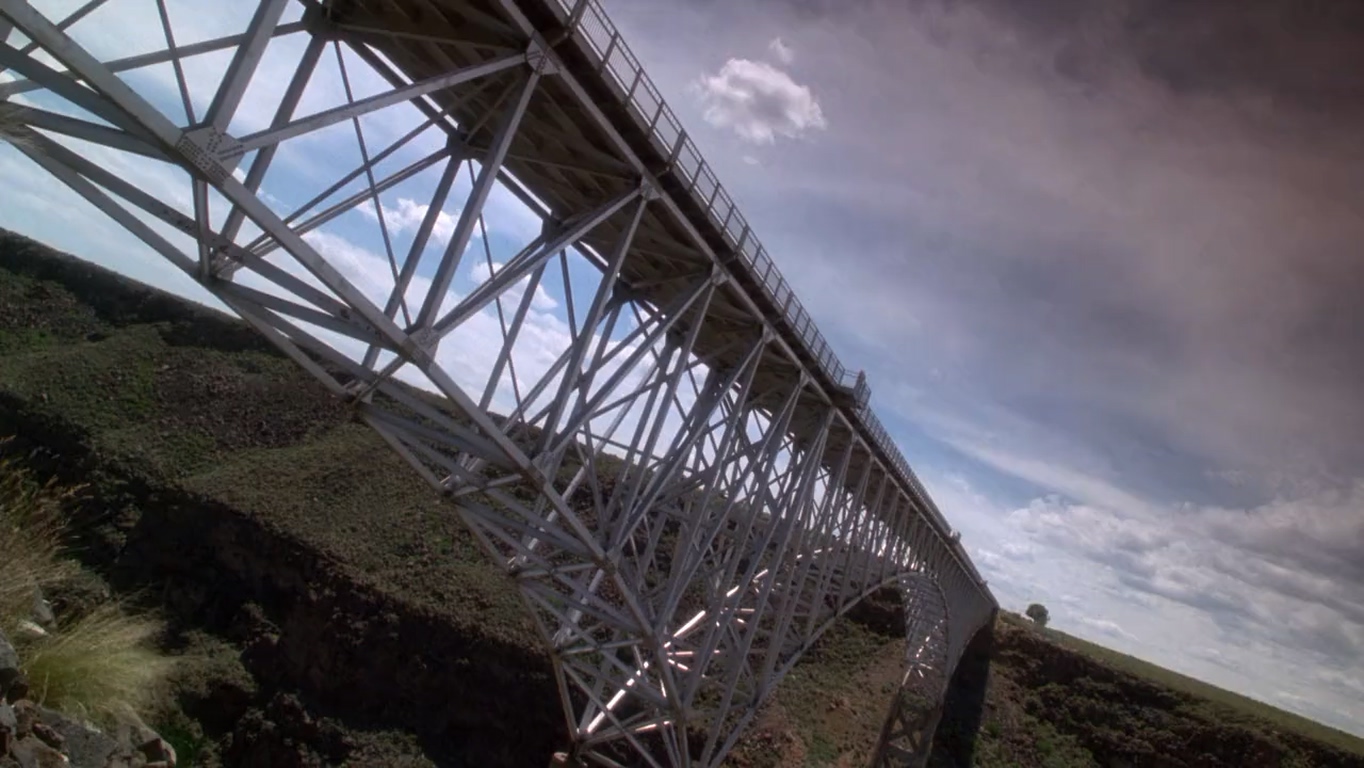 The unit proceeded to Taos, a town tucked away in the high desert of northern New Mexico. While an old artist colony, it is most recognizable for its adobe buildings, such as Taos Pueblo. Another major shooting destination for the crew was Albuquerque, the state’s most populous city, situated around 132 miles south of Taos. The team filmed all around the vast metropolis in the high desert south of Santa Fe National Forest. Moreover, the production team set camp in another Las Vegas in the San Miguel County of New Mexico. 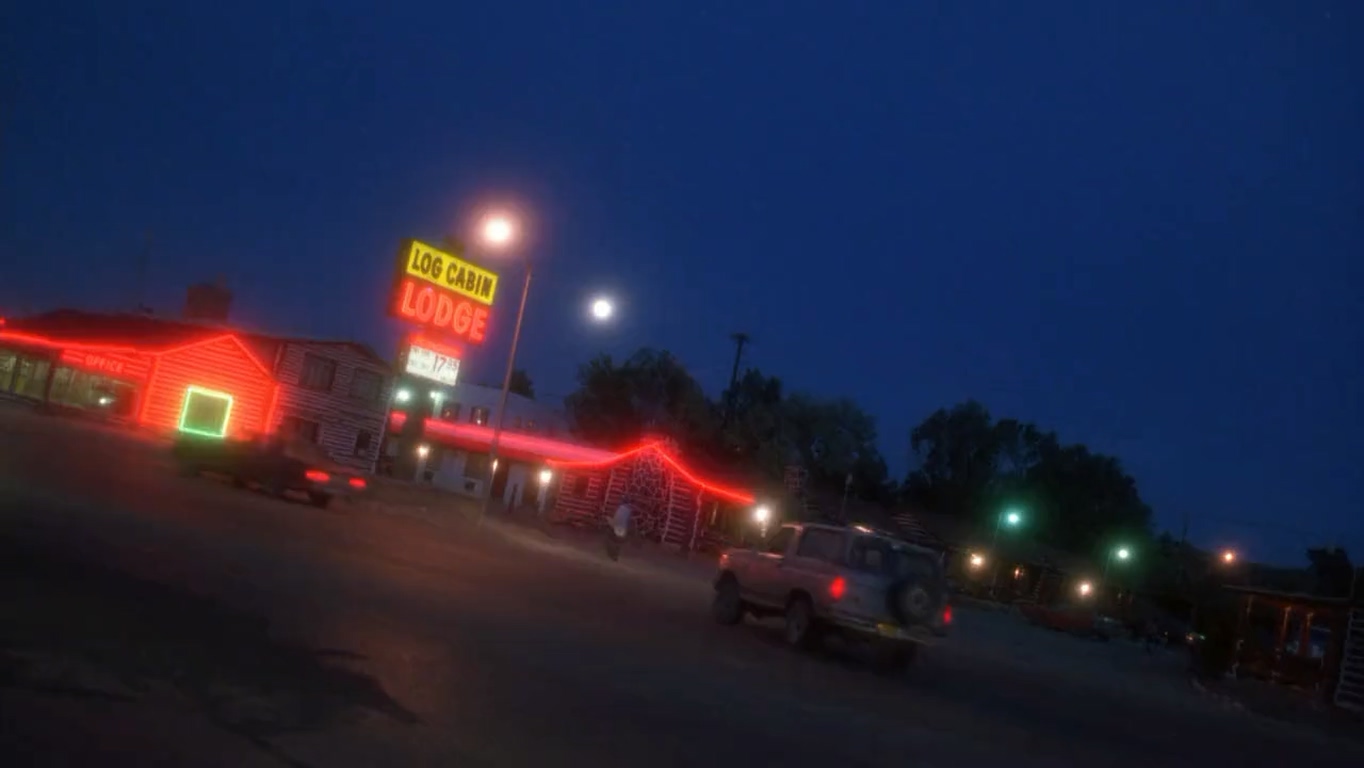 While a shipping point for fabric, lumber, and dairy products, the city has also been a tourist base for nearby attractions, including the Santa Fe National Forest. Another shooting spot in the same county was San Jose, a serene village and census-designated place housing around a hundred people. Additional filming went underway in Farmington, a city in San Juan County, just above the Navajo Nation. Farmington has been home to a large oil and gas industry since the 20th century. Specifically, they headed to Shiprock, a census-designated place in San Juan County and part of the Farmington Metropolitan Area and the Navajo reservation site.

Arizona is the most highlighted among the other states visited by the filming unit, with pivotal scenes being taped in Holbrook, a township and the county seat of Navajo County. While showcasing a slice of roadside Americana charm, the place gives a great view of the Painted Desert. The production team further headed to Winslow, a city around 32 miles east of Holbrook, in the same county. People worldwide have become familiar with the place, thanks to the famous Eagles’ song ‘Take It Easy.’ 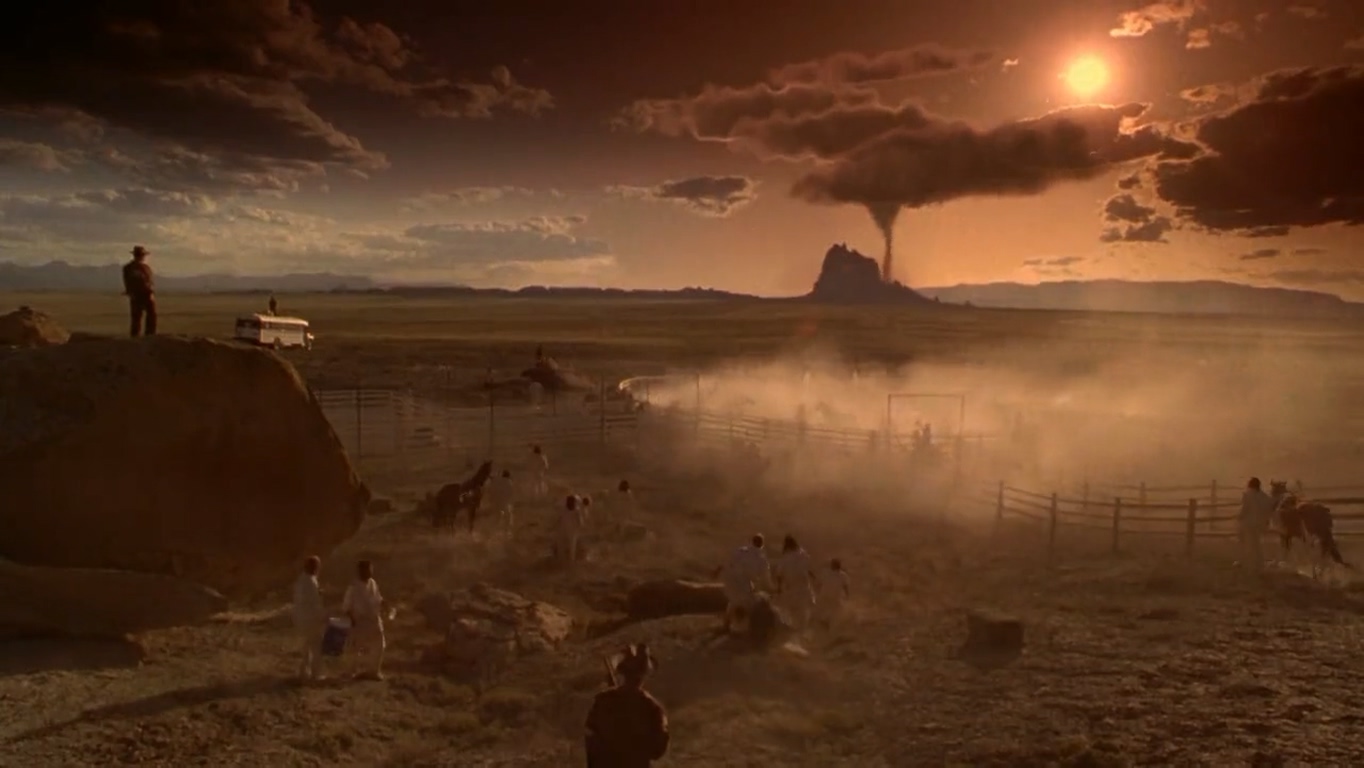 Additional scenes were shot in the Monument Valley Navajo Tribal Park, along Route 42 in the Oljato-Monument Valley of Arizona. While a natural wonder flaunting sandstone towers, the park has been a coveted shooting destination for Westerns such as ‘Butch Cassidy and the Sundance Kid‘ and ‘Jeremiah Johnson.’ Lastly, the cast and crew headed to Zeniff, an abandoned township 15 miles southwest of Holbrook in Navajo County, to lens important sequences.

Some filming took place in the midwestern state of Illinois, especially in Chicago and Joliet. The crew first landed in the Windy City, the most populous metropolis in the state, where exteriors of the courthouse were lensed outside the Chicago Cultural Center at 78 East Washington Street. 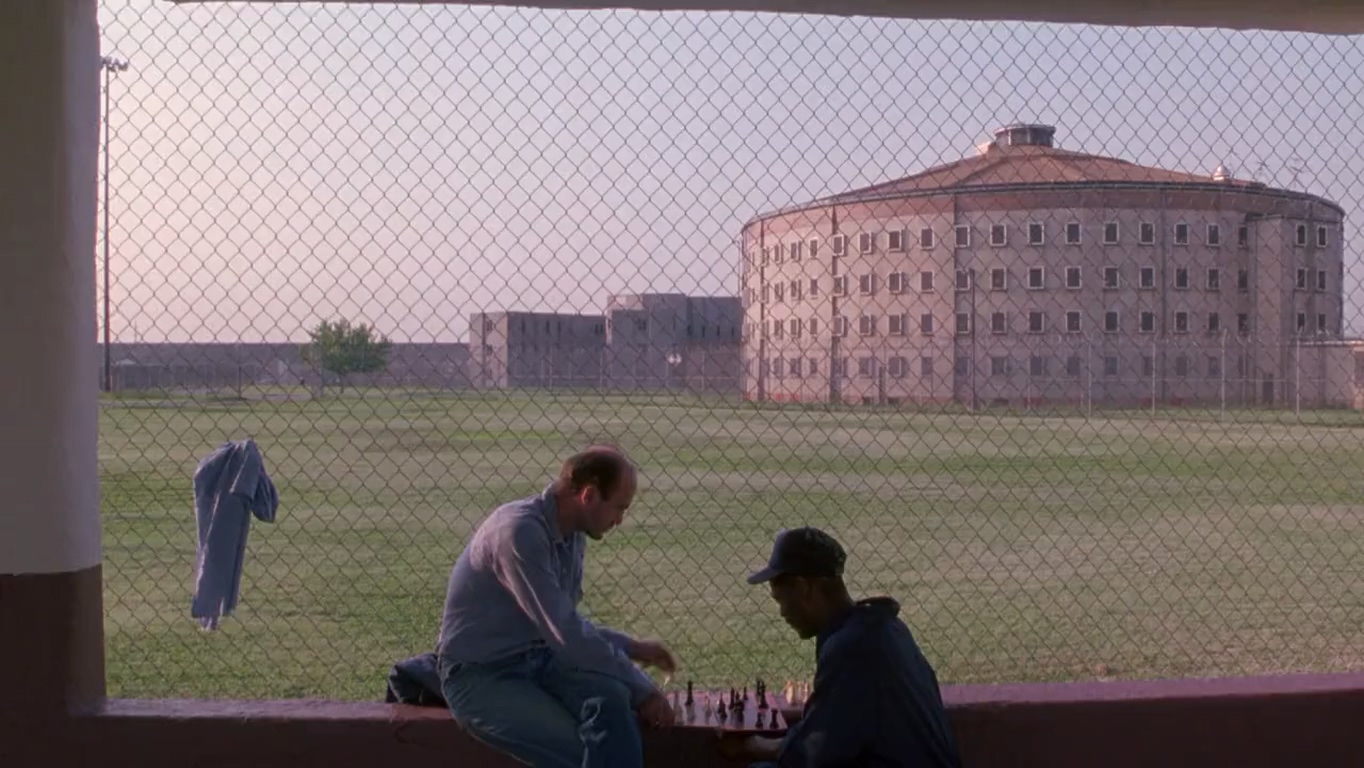 The team then headed to Joliet, a city and the county seat of Will and Kendall counties, around 30 miles southwest of Chicago. The Illinois state prison scenes, including the prison riot sequence, were recreated in Stateville Correctional Center, a maximum-security state prison for men located at 16830 South Broadway Street in Crest Hill, just outside Joliet. 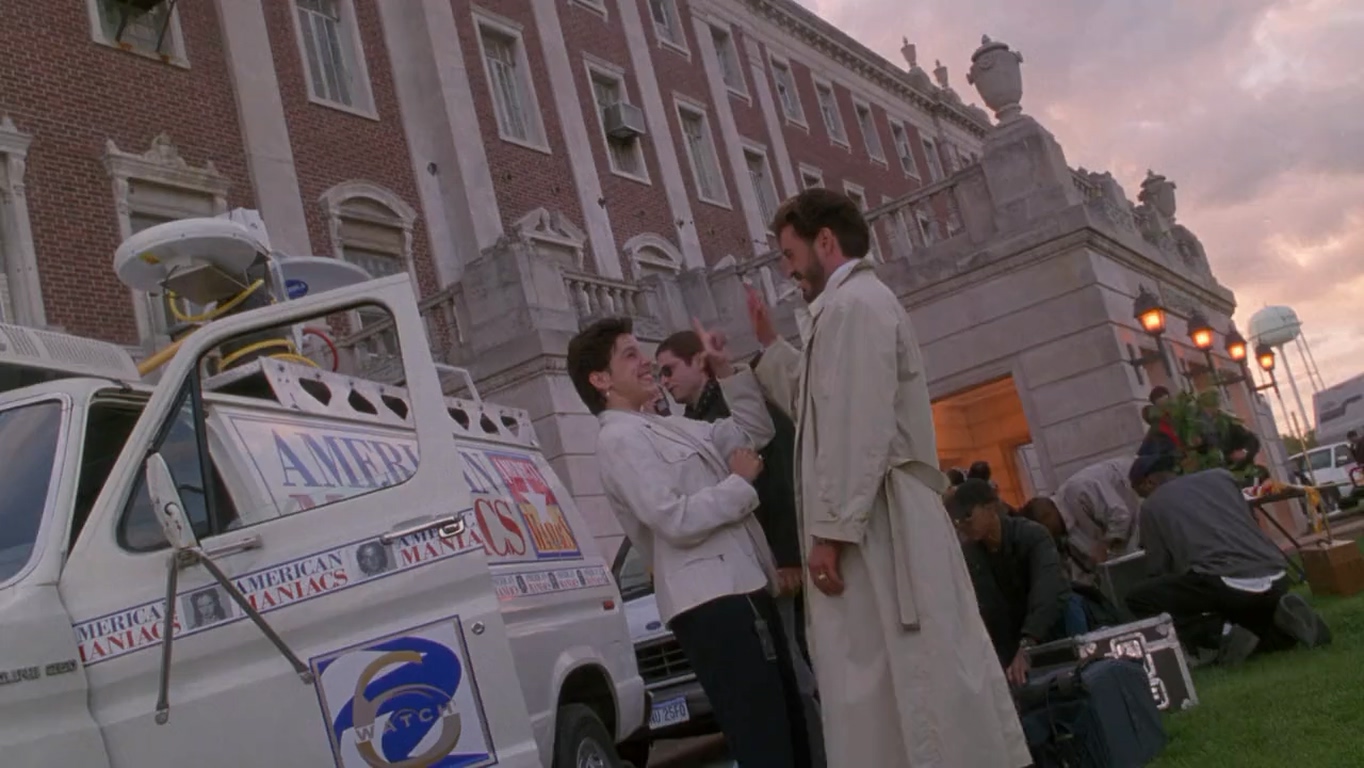 The lengthy production schedule took the cast and crew to Indiana, where they recorded scenes in Hammond, one of the most populated cities in the state. Although in Indiana, the metropolis is officially part of the Chicago Metropolitan Area and is one of the oldest settlements in northern Lake County, famous for being home to the First Baptist Church of Hammond.