Is Netflix’s Against the Ropes Based on a True Story? 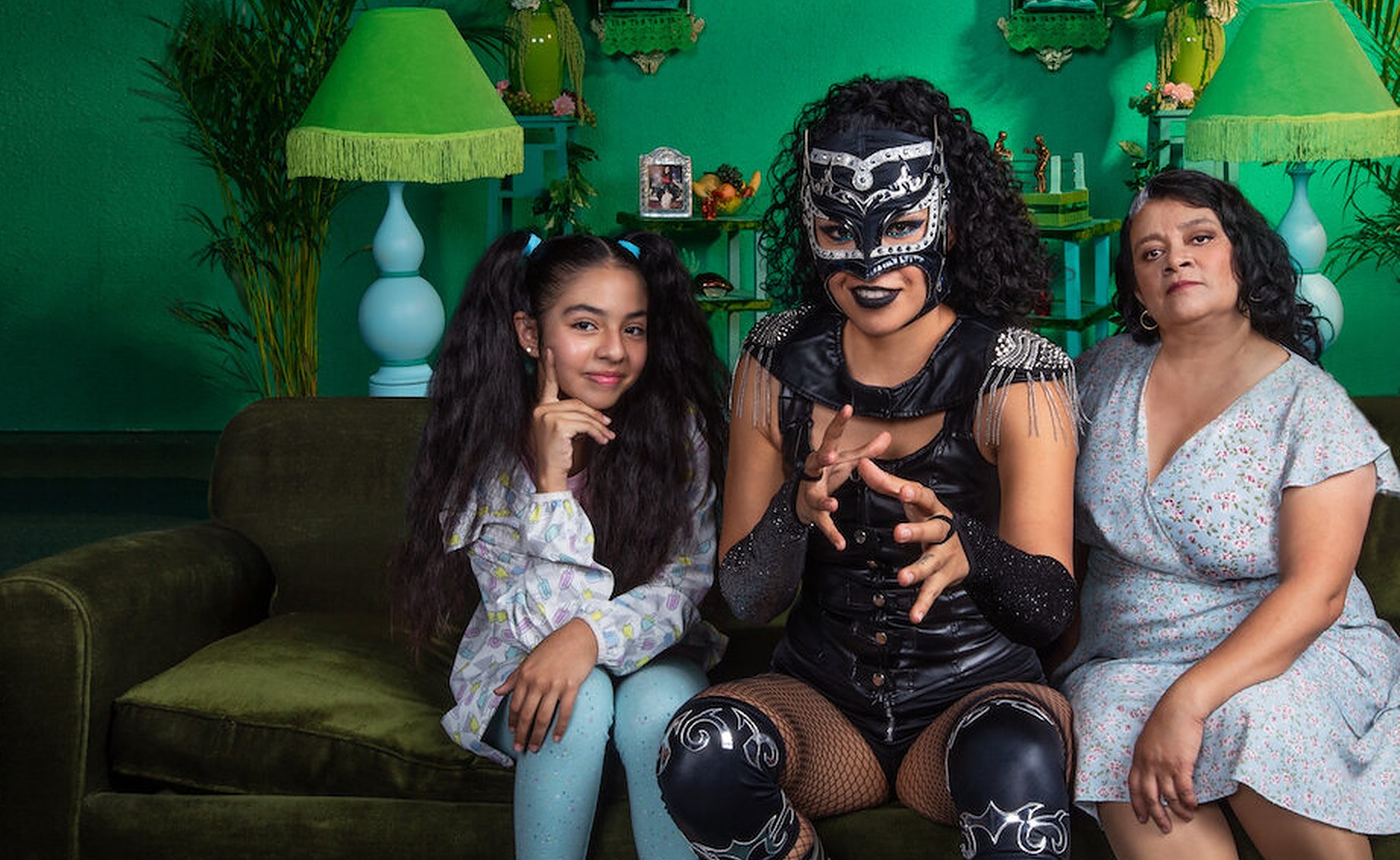 Created by Carolina Rivera, Netflix’s ‘Against the Ropes’ (originally titled Contra las cuerdas) is a Mexican comedy-drama series that follows Ángela, who wishes to reconnect with her teenage daughter, Rocío, after being released from prison. Unexpectedly, the task is not as easy, as the young girl now idolizes her father’s new girlfriend and famous luchador, Candy Caramelo. However, when Ángela discovers her daughter’s love for lucha libre wrestling, she enters the ring as a mysterious luchador named The Bride in Black to win her heart.

While Rocío is quite intrigued by the new wrestler in the arena, her mother must ensure that her identity remains hidden and try finding the ones responsible for her arrest. Featuring heartfelt performances from a stellar cast comprising Caraly Sánchez, Scarlet Gruber, Carmen Ramos, and Alisson Santiago, the show portrays a quirky mother-daughter relationship that many may relate with. Moreover, the detailed depiction of lucha libre wrestling makes one wonder if the characters and narrative have any real-life inspiration behind them. If you’re curious about the same, let’s find out together, shall we?

Is Against the Ropes a True Story?

No, ‘Against the Ropes’ is not based on a true story. The lifelike storyline can be credited to the excellent writing skills of Olfa Masmoudi, Andre Palavicini Blanco, Carmen Castro, Cynthia Fernández Trejo, and Carolina Rivera. Though the show is mainly fictional, it draws from real-life female luchadors’ lives. Lucha Libre is a form of freestyle wrestling that originated in Mexico in the early 20th Century, that involves colorful masks, wrestlers adopting distinct personas, and stylized maneuvers and holds. 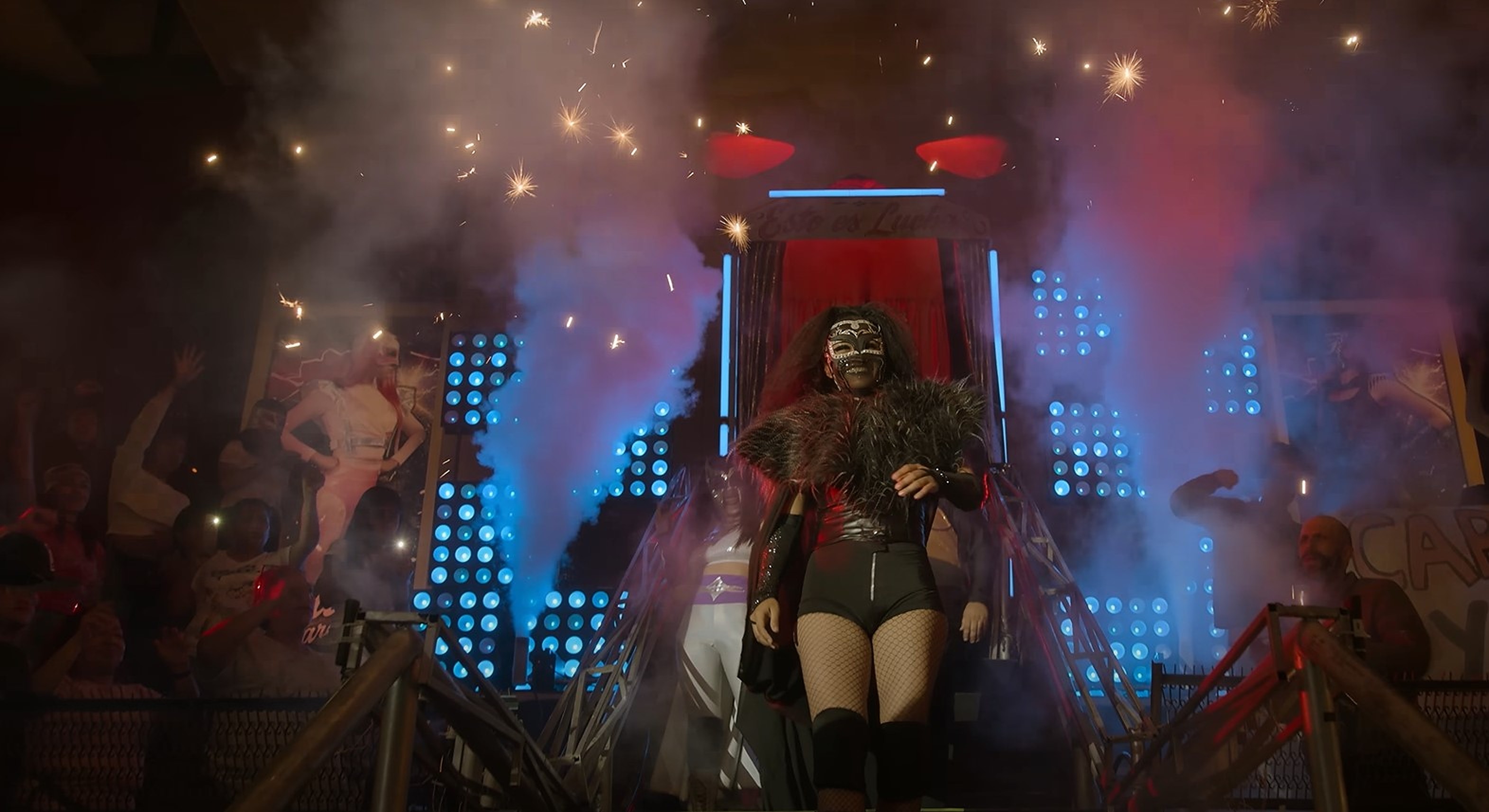 Over the years, the sport has become a significant source of entertainment for wrestling fans worldwide. Coming back to the show, Caraly Sánchez, who essays Ángela, shared in an interview with Super Luchas that the cast and crew extensively trained with professional WWE and lucha libre wrestlers. This included prominent female luchadors like Ludark, Stephanie Vaquer, Theris, Goddess Nix, Hatana, Brigit The Celtic Goddess, and Lady Apache. Sánchez praised the wrestlers’ hard work in the ring and beyond, as well as the lessons she learned from them.

“Getting to know them as people, entering their environment, their customs, everything that they are, as human beings, was what enveloped us all and united us. It was that we all said together: ‘Let’s make this a tribute.’…“I admire all of them, respect them and love them with my heart. I think in the end, we became closer to Goddess Nix and Hatana because they were both with us since the training. The one who commanded everything, the queen of the castle, was Lady Apache. But those who supported us and were patient with us, well, it was them; in the end, I spent more time living with them. However, I love them all,” expressed the actress.

Apart from lucha libre, the Netflix series also delves into WWE (World Wrestling Entertainment), the biggest professional wrestling business globally. Renowned WWE and lucha libre stars Norman Smiley and Rey Mysterio feature in the show, and they helped the cast members understand the nuances of the wrestling ring. Sánchez divulged some interesting experiences with the two wrestlers and said, “During training, “Black Magic” Norman Smiley from WWE was with us. He was the one who was supervising everything and helping us.” 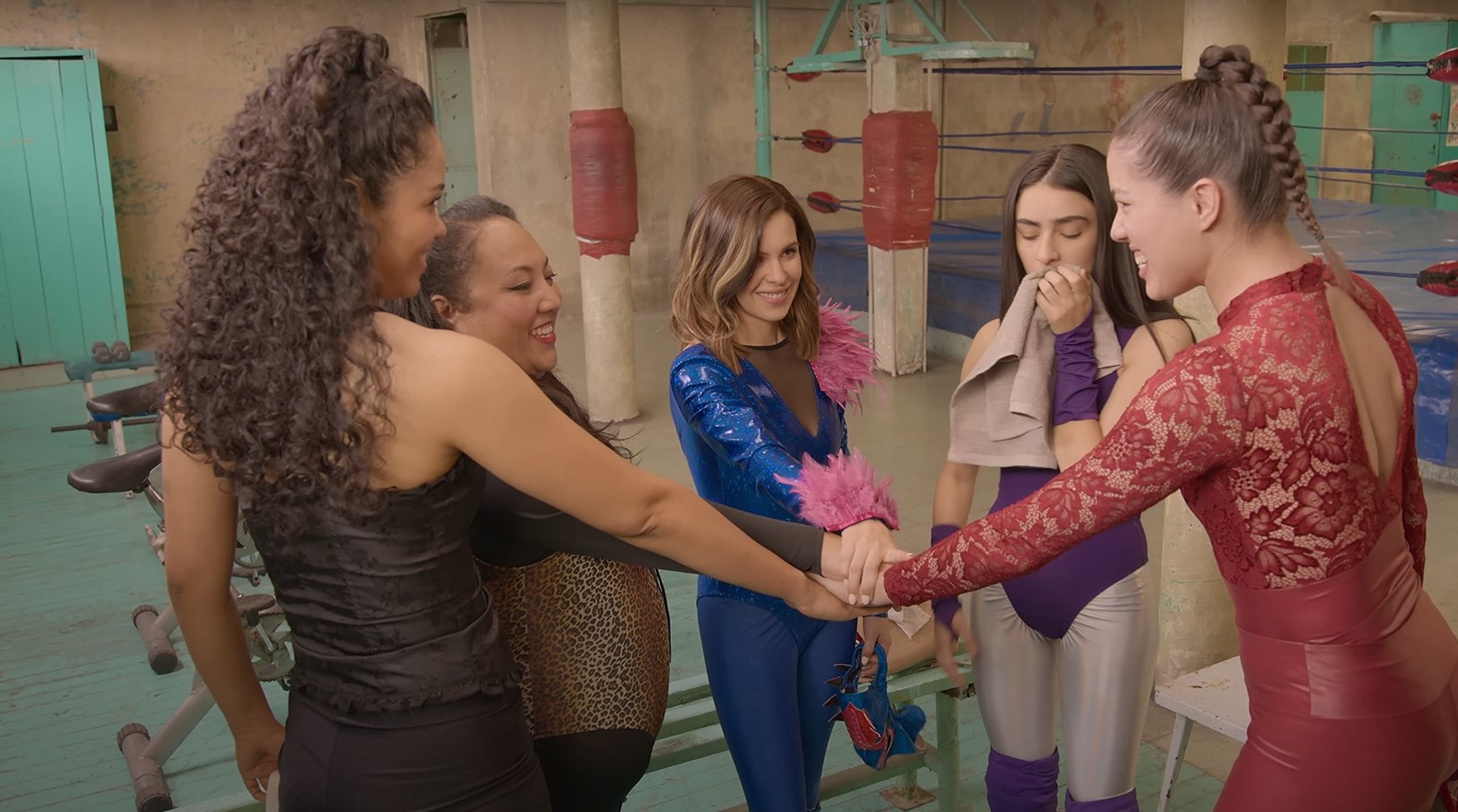 The actress added, “Rey Mysterio arrived nervous about recording, and I said, ‘Why are you nervous? You are Rey Mysterio.’ So he tells me, ‘When you get into the ring, aren’t you nervous?’ and I said, ‘Yes, because that’s not what I do,’ and he told me, ‘Well, it’s the same, I don’t do this either, but as long as we put a lot of love and dedication into it, everything will turn out fine.’ When Rey Mysterio told me that, the way I got into the ring was different. Norman was always very generous, always cheering us on a lot. He told us, ‘just trust that you can do it,’ and he was like our cheerleader.”

Sánchez also shared how the story aims to bring women’s wrestling to the forefront and highlight the struggles and gender disparities females face in the arena. “It seems to me that more stories like this need to be told that are represented by women. Wrestling is iconic, and it is part of the history and culture of our country. Women’s wrestling, still in our time, is lagging behind, and male wrestlers continue to be paid better.” Not just that, the show light-heartedly explores the bittersweet yet strong bonds shared by mothers and daughters and how they shape a woman’s personality.

Hence, while ‘Against the Ropes’ may not be based on an actual lucha libre wrestler’s life, it depicts Mexican culture and history authentically, with wrestling and female friendships at the center. With real-life observations, interactions with wrestlers, and a generous helping of fictional elements, the writers have crafted an entertaining story that keeps the viewers engaged. In addition, the actors’ learnings from their professional trainers have helped them bring the narrative to life and make their characters even more convincing.

Read More: Where is Netflix’s Against the Ropes Filmed?