Is Netflix’s Blockbuster Based on a True Story?

Created by Vanessa Ramos, Netflix’s sitcom ‘Blockbuster’ revolves around the last store of the eponymous home video rental service, which faces its shutdown when the parent company becomes defunct. For the sake of the employees working at the store, Timmy Yoon, the manager, takes responsibility for the establishment and tries his best to keep it open.

The series progresses through Timmy’s efforts to ensure the store’s survival and the families of the employees working there. Since Blockbuster was an actual company, the viewers must want to know whether the Randall Park-starrer really depicts the company’s last store. Well, let us share the answer!

Is Blockbuster Based on a True Story?

‘Blockbuster’ is partially based on a true story. The premise of the show, a single store surviving the shutting down of Blockbuster, happened in reality. Like Timmy’s Michigan-based store surviving the company’s downfall, a Blockbuster store located in the city of Bend, Oregon, managed to become the only store to remain open when around 9,000 stores of the company were forced to close. 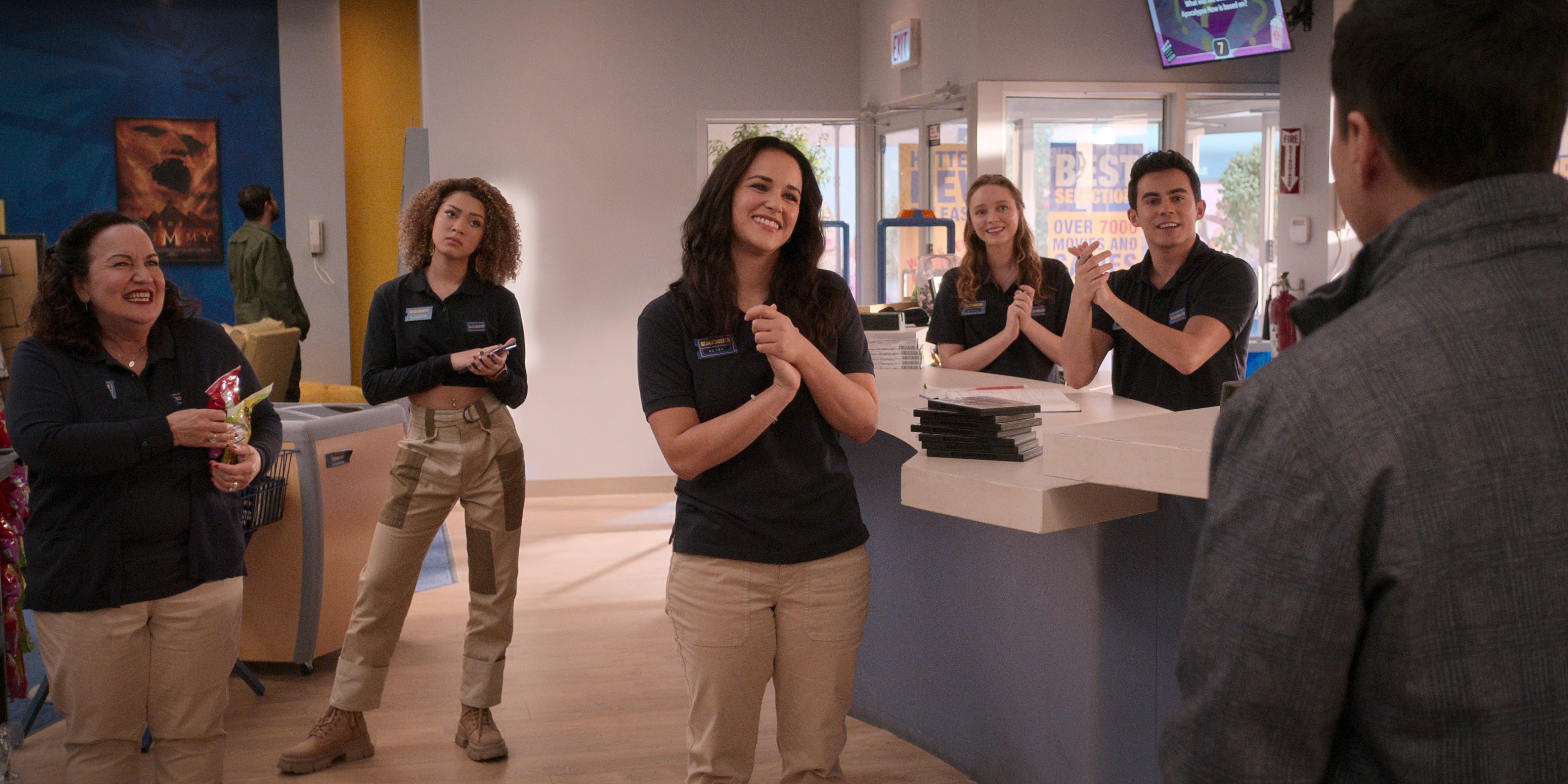 The store in ‘Blockbuster’ can be seen as a fictionalized version of the renowned Bend store, which has been run by Sandi Harding, the general manager of the store since 2004. Like Timmy, she had to struggle severely to keep her store open and running in a world dominated by numerous streaming and video-on-demand services.

While the former refers to himself as the “Blockbuster daddy,” the latter refers to herself as “Blockbuster mom,” which further displays the similarities between the character and the real person. In reality, Sandi’s store has become a community center for the population of Bend since several relevant events happen at the place, reminding us of Timmy’s efforts to transform his store into such a center. However, Vanessa Ramos’ show doesn’t follow the true story of Sandi and her store.

Despite the similarities between Timmy and Sandi, the former is entirely a fictional character. In an interview given in October 2022, Park, who plays Timmy, revealed that Vanessa didn’t watch ‘The Last Blockbuster,’ which revolves around Sandi and her store, to avoid repetition until she created the series. As far as the creator was concerned, creating an original and fictitious Blockbuster was necessary.

Vanessa seemingly relied more on her memories as a Blockbuster customer to conceive the show rather than Sandi’s inspiring saga. “To say getting to make a show about a place I love, with my friends Jackie and David, and Randall Park as our star, is a dream come true, somehow feels like an understatement,” she said in a statement. Ultimately, the Netflix show is a workplace comedy that explores the relationships of co-workers who team up for their survival.

“This is ultimately the story of a dedicated group of co-workers, with a lot of heart,” Tracey Pakosta, head of comedy for Netflix, shared in a statement. The creator also succeeds in conceiving the same as relatable as possible. “No matter what industry you work in, are these little dysfunctional families that exist everywhere and these people that you spend all these hours with every day, and it’s a part of everyone’s life,” Melissa Fumero, who plays Eliza Walker, explained how the show is closer to reality in an interview with AP News.

“We’re out there, and we’re working, and we’re struggling together, and we’re all friends, and we get along, and it’s not always contentious. And sometimes it is… and sometimes it isn’t, but we’re all ultimately this little family,” the actor added. Although the roots of Vanessa’s show lie in the actual “Last Blockbuster” store, the characters and their storylines of ‘Blockbuster’ are fictional, allowing the creator to explore the relationship between the co-workers with the utmost freedom.

Read More: Where is Blockbuster Filmed?