Is Netflix’s Resident Evil a Sequel or Remake of Original Film Series?

Part of the sprawling multimedia franchise of the same name, ‘Resident Evil‘ is a sci-fi action-thriller series. The show’s narrative is split into two timelines. In 2022, three months before the zombie apocalypse, “twin” sisters Billie (Siena Agudong) and Jade Wesker (Ella Balinska) arrive in New Raccoon City, South Africa, after their father Albert Wesker (Lance Reddick) becomes an executive in the struggling Umbrella Corporation. In 2036, 14 years since most of humanity has been either killed or turned into zombies, an Older Jade (Tamara Smart) searches for a possible solution for the zombies in the ruins of London. Her desperate quest to set the world straight inevitably leads her back to Billie, who is now part of Umbrella.

‘Resident Evil (or ‘Biohazard,’ as it is known in Japan) is a multimedia franchise that includes video games, comics, novels, anime films, and TV shows, and live-action films and TV shows. It received Hollywood treatment in the six original films released between 2002 and 2016 and the 2021 reboot ‘Resident Evil: Welcome to Raccoon City.’ if you are wondering whether Netflix’s ‘Resident Evil’ is a sequel or remake of the original film series, this is what you need to know.

Is Resident Evil Connected to the Original Film Series?

No, Netflix’s ‘Resident Evil’ is neither a sequel nor a remake of the original film series starring Milla Jovovich. The ‘Resident Evil’ franchise has multiple continuities. The continuity of the original film series is significantly different from the video games, the first entry of which came before everything else in the franchise in 1996. The main protagonist of the films, Alice (Jovovich), is an original character; she doesn’t appear in the video games.

The Netflix show has its own continuity, and according to reports, it will rarely align with that of the films. In contrast. The lore of the Netflix series regards most of what happened in the video games as canon — from the destruction of old Raccoon City in 1998 to Albert Wesker’s death in 2009. “The games are our backstory. Everything that happens in the games exists in this world,” showrunner Andrew Dabb stated at a press conference after a screening of two episodes at the Netflix headquarters in New York City in April 2022. 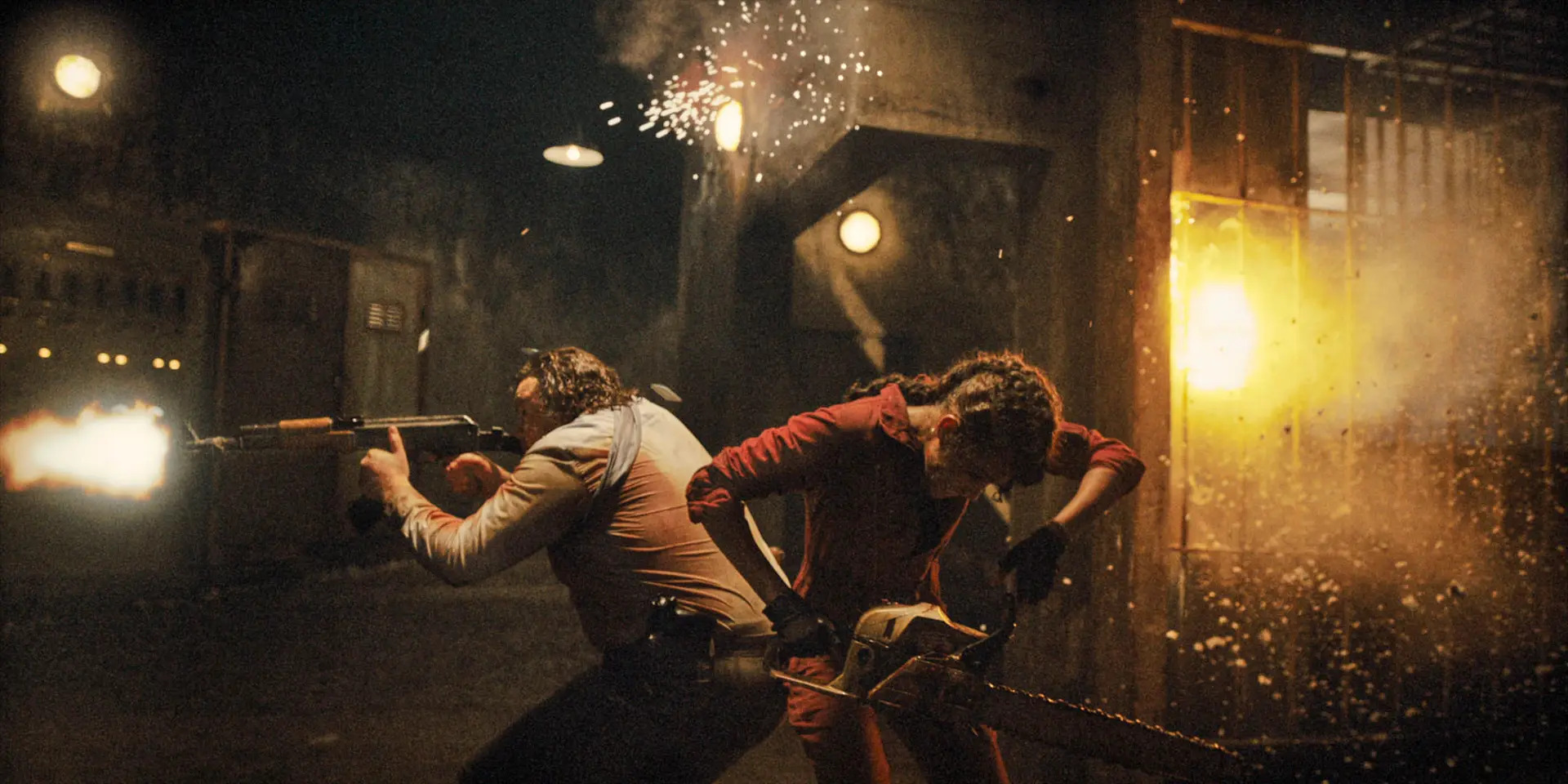 Because of this, the differences that the video games have from the films are also applicable to the Netflix series. In both films and video games, Dr. James Marcus (Mark Simpson) is a virologist and co-founder of the Umbrella Corporation. He develops T-virus to save his daughter, Alicia (of whom Alice is a clone) after she is diagnosed with progeria. Marcus tries to stop research and development of the T-virus after people it is given to for other treatments besides progeria begin to turn into zombies. However, he is eventually killed by the films’ version of Albert Wesker (Jason O’Mara in ‘Resident Evil: Extinction’ and Shawn Roberts in ‘Afterlife,’ ‘Retribution,’ and ‘The Final Chapter’) on the orders of Alexander Isaacs (Iain Glen).

In the video games, James Marcus is ruthless and psychotic, unlike his cinematic counterpart, and uses children as a source of research data. Umbrella begins to consider him a threat because of his obsession with his work. He is forced to leave the company and is ultimately assassinated in 1988. Wesker is part of the hit squad.

Other important characters from the game series, including Jill Valentine, Claire Redfield, Chris Redfield, Leon S. Kennedy, Ada Wong, Carlos Olivera, and Barry Burton, appear in the films, but their stories are significantly different from the games. On whether these characters will appear in the Netflix series, Dabb implied that he intends to take his time before introducing them. “It’s not, ‘Episode 3, Meet the Redfields.’ ‘Episode 4, Here’s Leon,'” he explained. “You could do that version, and there’s a certain part of the fanbase that I’m sure would be like, ‘Please do that version,’ but for us, it was more important to take you on this journey. And then as the journey goes on and on, we will touch on different corners and aspects of the mythology.”

However, given that Ada’s name appears in the note that Albert gives Jade before his apparent demise in an explosion, it’s highly possible that she might appear in the prospective season 2.