Is Netflix’s The Girls at the Back Based on a True Story? 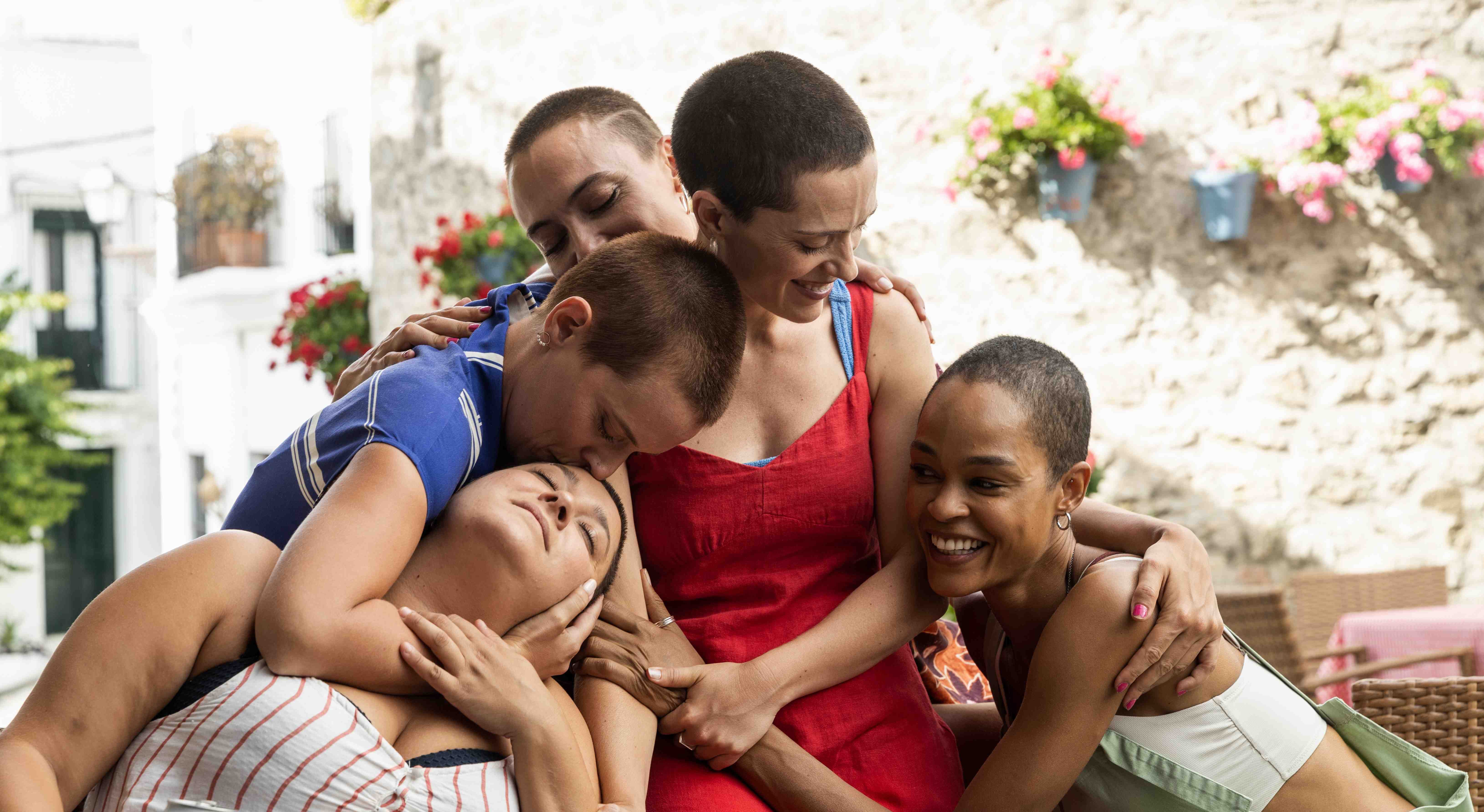 Created by Daniel Sánchez Arévalo, Netflix’s ‘The Girls at the Back,’ AKA ‘Las de la Última Fila,’ is a Spanish drama series about five women in their 30s who have been friends since school. Every year, they go on a vacation to enjoy themselves and renew their bonds. One particular getaway takes place in the year when the friends discover that one of them has cancer. In solidarity, everyone shaves their heads and refuses to mention the disease during the vacation. It is hard to be happy in such a situation, yet the ladies are determined to make the trip memorable for life.

The show’s talented cast includes Maria Rodríguez Soto, Mariona Terés, Itsaso Arana, Godeliv Van den Brandt, and Monica Miranda, who successfully bring their characters to life. The series’ storyline has also garnered much attention, given its bold choice of topic and emotionally charged elements. Thus, many viewers cannot help but wonder if the show is inspired by actual events or is purely a fictional tale. Luckily, we are here to dive right in and find the answers!

Is The Girls at the Back a True Story?

No, ‘The Girls at the Back’ is not based on a true story. The series is a creation of Daniel Sánchez Arévalo, an acclaimed Spanish filmmaker, who had been working on the show for around six to seven years before its premiere. Notably, this is the first time that he has been the brains behind a show instead of a movie, and that seems to have made a significant difference. Used to a movie’s time constraints and format, Arévalo initially struggled between his desire to explore the characters and the time restrictions.

Arévalo soon realized that the story he was working on was more suitable for a show than a movie, and that seemingly eased his mind and creative process. While talking about his general approach to stories, he shared that his stories do tend to be dramatic. However, he always tries to find moments of joy throughout the tale and hopes to save the characters. Arévalo’s approach to ‘The Girls at the Back’ is similar, and the emotional turmoil that the characters go through compels the audience to empathize with their situation.

One of the significant reasons behind focusing on women in the Netflix show was Arévalo’s tendency to do the opposite in his previous projects. None of his five feature films before ‘The Girls at the Back’ centered around a female protagonist. The director felt he needed to step out of his comfort zone and try an artistic challenge. This led to the creation of the Netflix show, which has five different female characters, each with their own quirks and backgrounds, all of them connected by happy childhood memories.

The ensemble cast contains some talented performers, especially the five leading ladies who did have a bit of fame before their time on the show but were not that well-known to the general public. Arévalo believed this was apparently the perfect amount of famous as the actors would not eclipse the show’s real message, and the characters would be perceived as intended. The actors were thrilled to be part of the project and did their best to bring the characters to life, including their hair.

Though there may have been a bit of initial reluctance behind shaving their heads, Mariona Terés and others soon became comfortable with their new hairstyle and enjoyed the filming process. For Monica Miranda, the process helped her empathize with the women undergoing chemotherapy treatments or having alopecia. Their commitment to the roles certainly endeared the actors to Arévalo.

Despite being a fictional story, ‘The Girls at the Back’ utilizes several elements from real life to make the story come alive. The bonds of female friendship shown in the show are cherishable. Besides, any friction between characters tends to add realism and proves that no friendship can survive without one or many conflicts. Additionally, the show’s discussion around cancer and its impact on the patient and their close ones has been explored in detail and respectfully.

Read More: Where is Netflix’s The Girls at the Back Filmed?