Is Ocean’s Eleven a True Story? 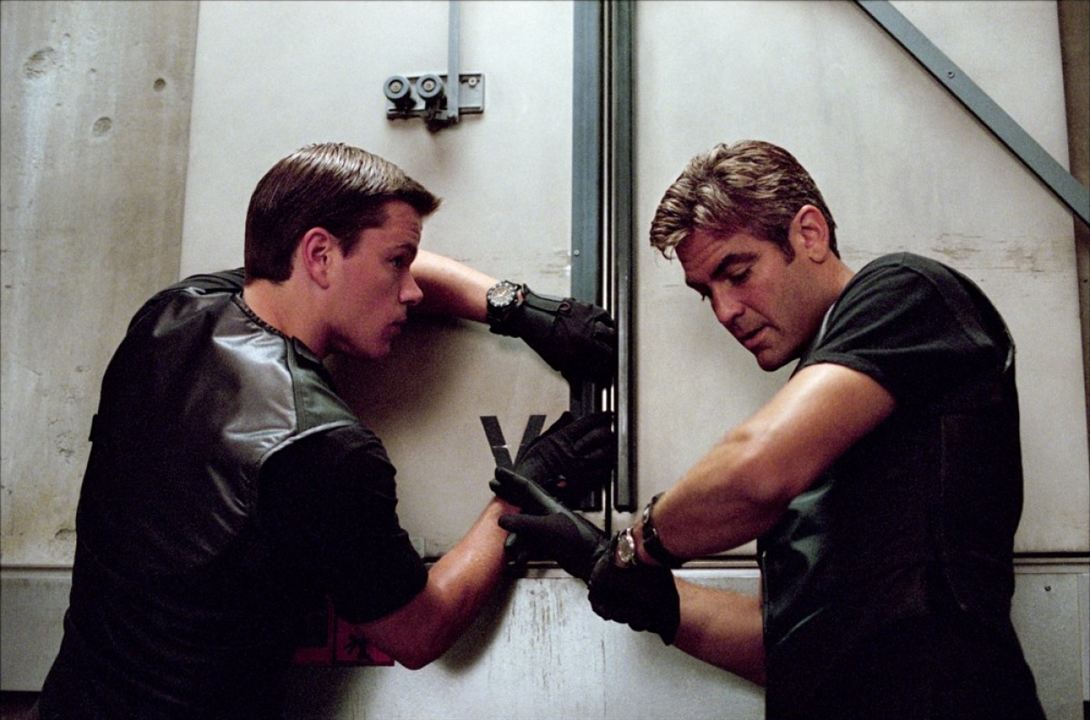 Considered to be one of the best heist movies of the decade, ‘Ocean’s Eleven’ boasts of a star cast that features George Clooney, Brad Pitt, Matt Damon, Don Cheadle, Andy Garcia, Bernie Mac, and Julia Roberts. The plot is centered around Daniel Ocean, a charismatic conman who wants to rob one of the most secure vaults in all of Las Vegas. To do so, he teams up with his friend, Rusty Ryan, and a few other specialists. But is this story based on real events? We dig deeper into the question, in this article.

Is Ocean’s Eleven Based on a True Story?

No, ‘Ocean’s Eleven’ is not based on a true story. Rather, it is a remake of the 1960 movie of the same name that features Peter Lawford, Frank Sinatra, Dean Martin, Sammy Davis Jr., and Joey Bishop, who are on a mission to rob 5 Las Vegas casinos. Interestingly, the cast members of the 2001 film were not huge fans of the original movie, and the same was the case with the producer of the remake, Jerry Weintraub.

In an interview with NPR, Weintraub stated, “Well, firstly, I’m 72 years old, so I was around for the first “Ocean’s Eleven,” and I saw Sinatra and Dean Martin and the Rat Pack make “Ocean’s Eleven.” And I never thought the film was great and I always had it in the back of my head to remake it someday. And I got the rights and at the point in my career – about 10, 12 years ago, 13 years ago – I decided to get a script and remake it.”

He further said that it was only after the ensemble cast came on board, along with the talented director, Steven Soderbergh, that he was assured that ‘Ocean’s Eleven’ would be a success. Interestingly, Henry Silva and Angie Dickerson also make a cameo appearance in the film during the boxing match. (They were involved with the original production). Soderbergh is known for many films that have a poignant social message, such as ‘Traffic’ and ‘Erin Brockovich.’

He was apprehensive about taking on the project as such movies usually require a technical standard that he wasn’t sure he’d be able to meet. Speaking about his vision, the director stated, “I wanted to see if I could combine two types of films, one that had this elegant, elaborate, technical side but also this casual off-hand quality to the performances – a film that wasn’t aggressive.”

Soderbergh added, “That was the trick, to see if we could find that balance to have it deliver on the big movie side, but make sure that it wasn’t mean, that it didn’t have male characters that were insulting each other. That it wasn’t profane or violent. To my mind that was going to be tricky.” He even studied the works of previous directors who have dominated this genre. The original script was reportedly 165 pages long, whereas the final edit brought the number down to 115.

He also stated that the cast had been carefully selected to foster a sense of camaraderie, which is quite visible in the film. In fact, the director had to break up conversations between the actors many times just so that they could get to work. Did you know that Clooney convinced Roberts to join the team? Well, he had given her the script and $20 with a note that read, “I heard you’re getting 20 a picture.” (She was one of the highest-paid actresses at that time and had apparently raked in $20 million for ‘Erin Brockovich’).

It is enticing to believe that ‘Ocean’s Eleven’ is based on a true story. The heist is seemingly impossible, but the conmen are able to pull it off successfully. Plus, as a member of the audience, you can’t help but root for them due to their lovable and funny personalities. Then there’s the bond that the team shares. Not to ignore Tess, Danny’s ex-wife, who he can’t stop pining for. When individually broken down, each element is something that could be very real. However, we are here to remind you that the movie is one that is purely fictitious.