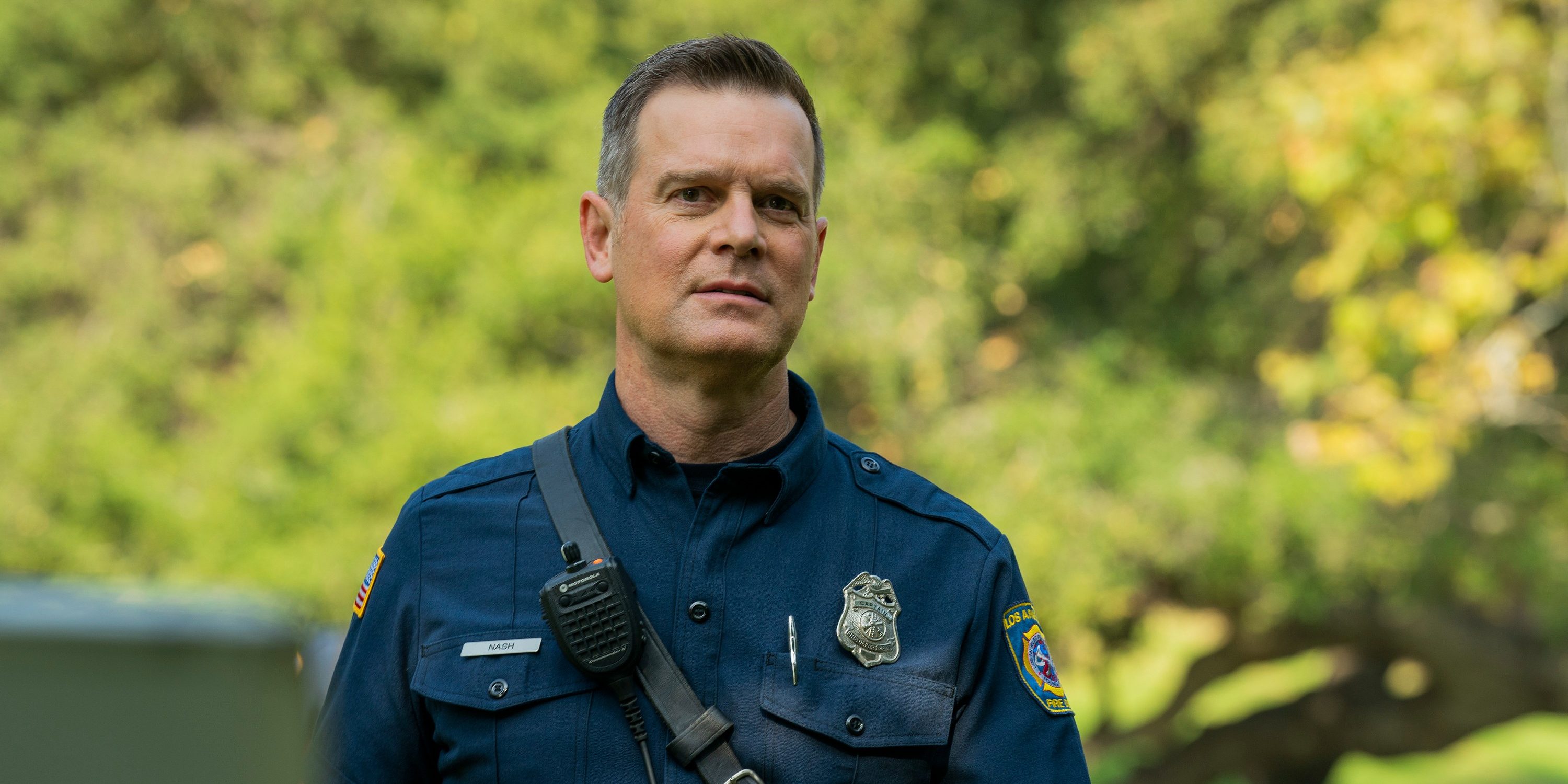 The fifth season of FOX’s ‘9-1-1’ depicts Captain Robert “Bobby” Nash confronting the need to restructure his squad at Station 118 after the departures of Chimney and Eddie. He also deals with Eddie’s concerns and makes an important decision concerning the latter’s return to the station as a firefighter. In episode 16 of season 5, Nash stuns the viewers by trying to save his step-daughter May from a burning 9-1-1 call center. However, his courageous attempt to rescue May paved the way for speculations that Peter Krause is leaving the action series. So, is there any truth in the same? Let’s find out! SPOILERS AHEAD.

What Happened to Captain Nash?

A new fire safety system in the 9-1-1 call center causes a power surge and starts a fire in the building. Captain Nash arrives at the scene with his squad to evacuate people from the center and learns that his step-daughter May is still inside the building. Startled by the thoughts of the untimely death of his biological daughter, Nash goes inside the burning building to not let May meet the same fate. 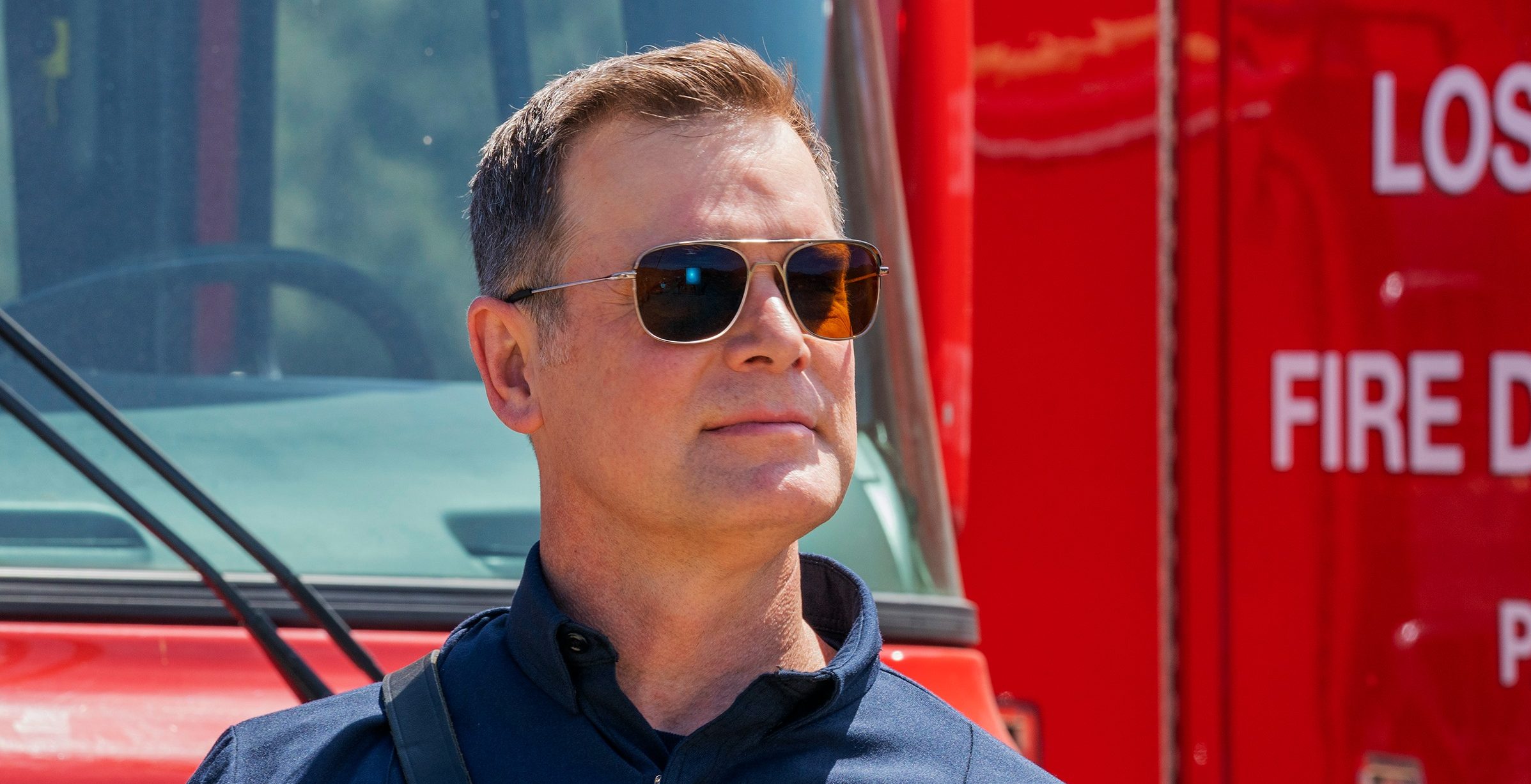 After finding May, Nash tries to come out of the building, only for the ceiling to collapse on the step-father and step-daughter. He risks his own life by shielding May from the ceiling that falls over them. Firefighters at the site finally rescue Nash after clearing the debris. Although he manages to stay alive, he isn’t entirely well. After getting transported to the hospital, May asks Bobby to take an MRI scan to know whether he has sustained any severe internal injury while saving her.

Nash tells her that he probably suffered a pinched nerve. Nash’s near-fatal experience and the ambiguous pinched nerve raise concerns among the admirers of the character, who worry whether the latter is an indication of his ill-health. If Nash has sustained an injury, his life as a fire station captain may get jeopardized, possibly opening a gateway for Peter Krause to part ways with the procedural show. So, is Krause leaving the series? Let’s see.

As of yet, neither FOX nor Peter Krause has released an official statement regarding the supposed departure of the actor from ‘9-1-1.’ Furthermore, showrunner Kristen Reidel already confirmed that Krause’s character Captain Nash will be in the fifth season finale, which indicates that the actor will not leave the series immediately. Since ‘9-1-1’ is not renewed yet for the sixth season, we may need to wait a while to know more about the future of the actor and the show.

If the network greenlights another installment of the procedural, Krause, who also serves as an executive producer of the series, is expected to return for the same. Since Krause’s Captain Nash is one of the most significant characters in ‘9-1-1,’ it is unlikely that the writers will choose to write off the character. Considering that Krause has not revealed any details concerning the supposed exit, it is safe to assume that the actor will continue featuring in the show.

Nash’s possible injury can be a plot device to build tension in the narrative. We may see his life or career hanging by a thread, only to serve as a cliffhanger at the season 5 finale’s ending. Thus, we can hope that Krause will be committed to the series in the future if it gets renewed for season 6.