‘Rock of Ages’ is a 2012 film directed by Adam Shankman, following the lives of Sherrie and Drew, two aspiring musicians who bond over their shared aspirations. Together they navigate the highs and lows of working in the music industry. The visually extravagant musical comedy features a stellar cast, including Julianne Hough, Diego Boneta, Alec Baldwin, Paul Giamatti, and Tom Cruise. However, the narrative and storytelling have often made viewers wonder about the story’s genesis. If you wish to find out whether ‘Rock of Ages’ is based on actual events or a true story, here is everything you need to know!

Is Rock of Ages a True Story?

No, ‘Rock of Ages’ is not based on a true story. The movie is an official adaptation of the stage musical of the same name written by Chris D’Arienzo, directed by Kristin Hanggi, and choreographed by Kelly Devine. The musical debuted on stage in 2005 with performances in small Los Angeles theaters and Off-Broadway. Its growing popularity led to the show’s arrival on Broadway in 2009. ‘Rock of Ages’ graced Broadway for nearly six years before closing in 2015; the show’s success on Broadway led to several international adaptations, including three UK versions. 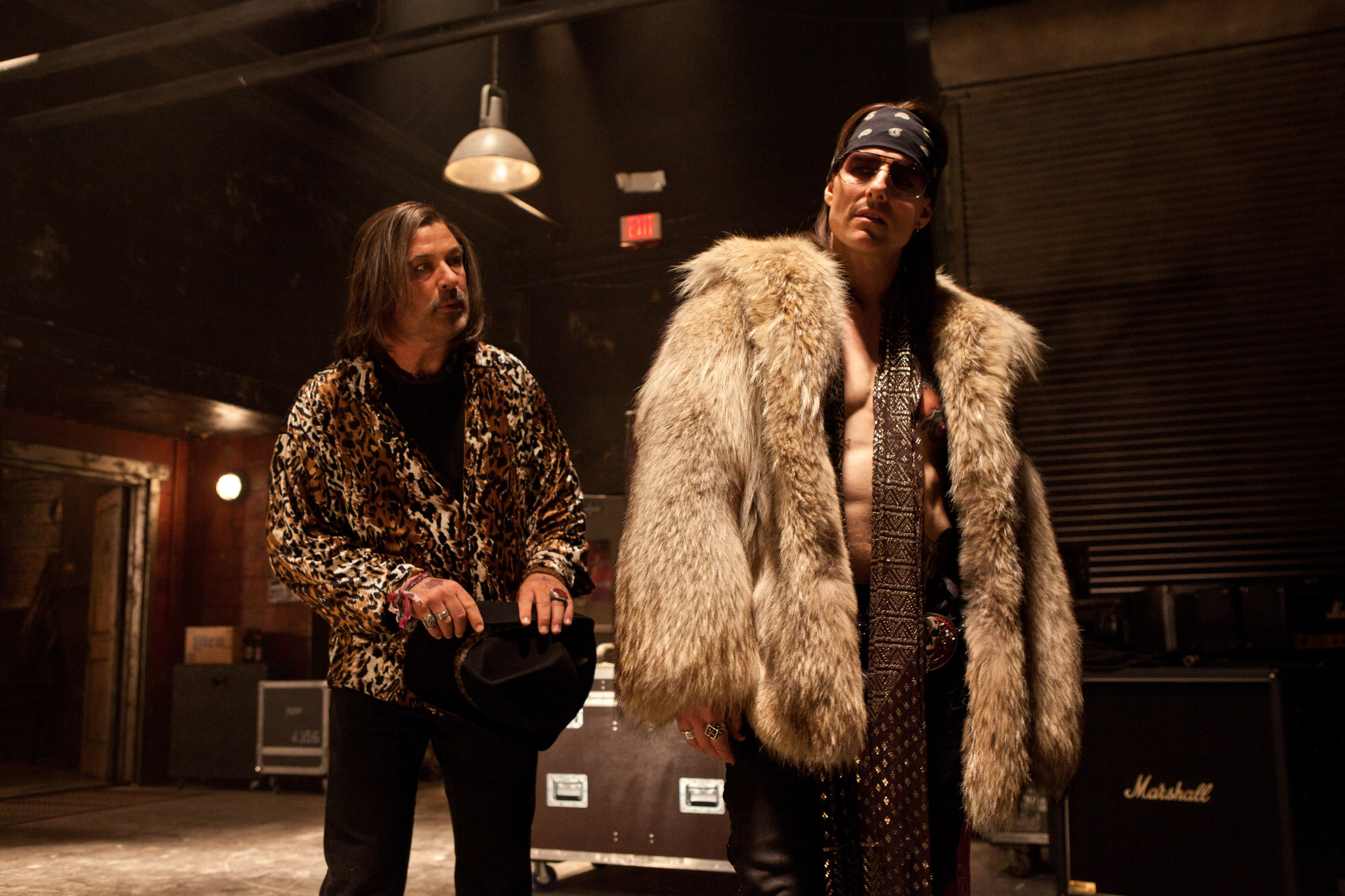 The basic premise of the jukebox musical pays tribute to the classic rock songs and bands of the 80s. In an interview, Hanggi revealed that after she signed on to the project, she searched for a writer to capture the movie’s playful and self-aware tone. As a result, Chris D’Arienzo, a self-proclaimed music geek, was brought on to craft the musical’s story; he explained that while preparing the story, he drew from a catalog of popular glam metal bands and songs, giving him a certain level of freedom.

“One factor working in favor of ‘Rock of Ages’ is that it draws from a large catalog of music, rather than just one artist’s songs,” D’Arienzo said, speaking to Today. Furthermore, he, Hanggi, and Devine share a personal connection to the 80s glam metal and rock genre. Therefore, they likely drew from personal experiences to add a realistic touch to the otherwise self-aware musical and its silly yet entertaining antics. The musical and its film adaptation feature hit songs from renowned artists such as Styx, Journey, Bon Jovi, Poison, Pat Benatar, Twisted Sister, Steve Perry, and Europe.

These musical numbers evidently plant the narrative in the 80s and help it explore the music industry’s glitz, glamour, and obstacles. Though the film adaptation remains faithful to the themes of the stage musical, it differs from the source material in notable ways. In an interview with Collider, director Adam Shankman opened up about the changes he made while adapting the musical to the big screen. “Let’s put it this way, the biggest change I made, well, two big changes. First was that in the play, the point of view is from Lonnie, the narrator’s perspective, (and) the point of view of the movie is Sherrie’s perspective,” he said. 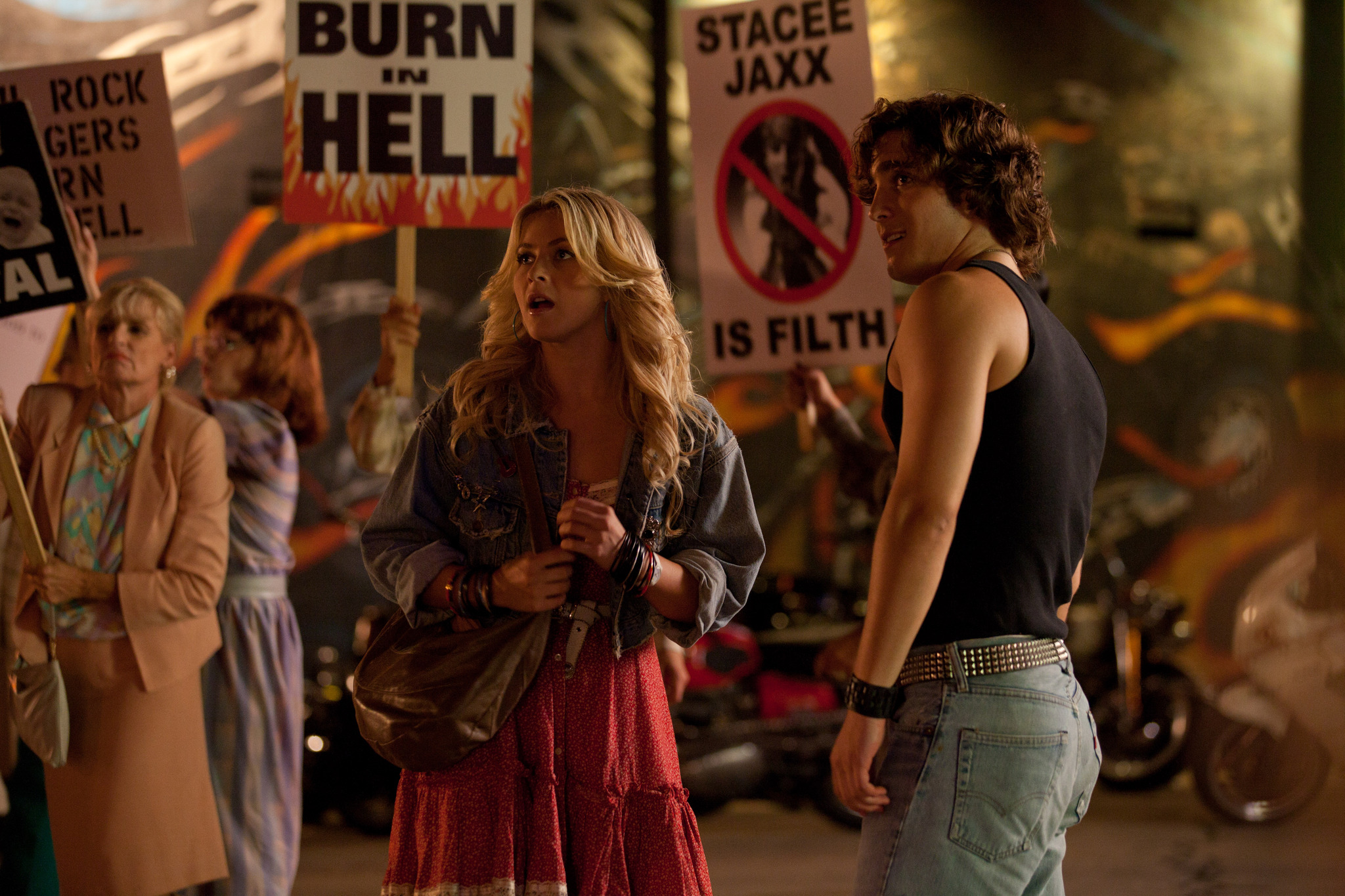 The second major change is that the musical’s primary antagonists, Hertz and Franz Klinemann, are absent from the film adaptation. Shankman explained the decision to change the story’s antagonists saying that he found it difficult to understand the characters’ motivations. Instead, he introduced the characters of Mayor Mike Whitmore (Bryan Cranston) and Patricia Whitmore (Catherine Zeta-Jones), two government officials who fulfill the in-story purpose of the Klinemanns.

Shankman added that the change was motivated by the true events and reactions to the heavy-metal music genre during the 80s. Ultimately, ‘Rock of Ages’ is not based on a true story. It is an adaptation of the famous stage musical of the same name yet takes some creative liberties in the process. The story is fictional, but it draws inspiration from the influence of music in the 1980s and its impact on culture and society. Hence, the movie is grounded in reality and touches viewers who share a connection to the era’s music.