Is Rome Dead or Alive in P-Valley? Did Blue Kimble Leave P-Valley?

The fifth episode of Starz’s drama series ‘P-Valley’ season 2 depicts Keyshawn/Miss Mississippi gaining immense acclaim for her performances in the Dirty Dozen tour. Rome, her manager, even extends the tour without even asking his client. He also finds endorsement deals for Keyshawn so that she can make enough money to leave Derrick.

Rome eventually displays his real intentions toward Keyshawn, which paves the way for life-threatening consequences. As the episode ends, Rome fights to stay alive, making one wonder whether he is dead. In addition, the admirers of the show may want to know whether Rome’s fate will open a gateway for Blue Kimble to leave the show. Let us share our take on the same! SPOILERS AHEAD.

Is Rome Dead or Alive?

When Rome comes to know about Keyshawn’s troubled life with Derrick, he offers to help her. He tries his best to find maximum venues for her to perform and endorsements for her to make more money, making Keyshawn feel that he is a support system. However, in the fifth episode of season 2, he approaches Keyshawn sexually, only for her to dismiss him. Rome gets enraged at her dismissal and tries to force himself on her. He also threatens to harm everyone’s life by showing a video clip of Lil Murda and Big Teak having sex when she tries to run away from him. 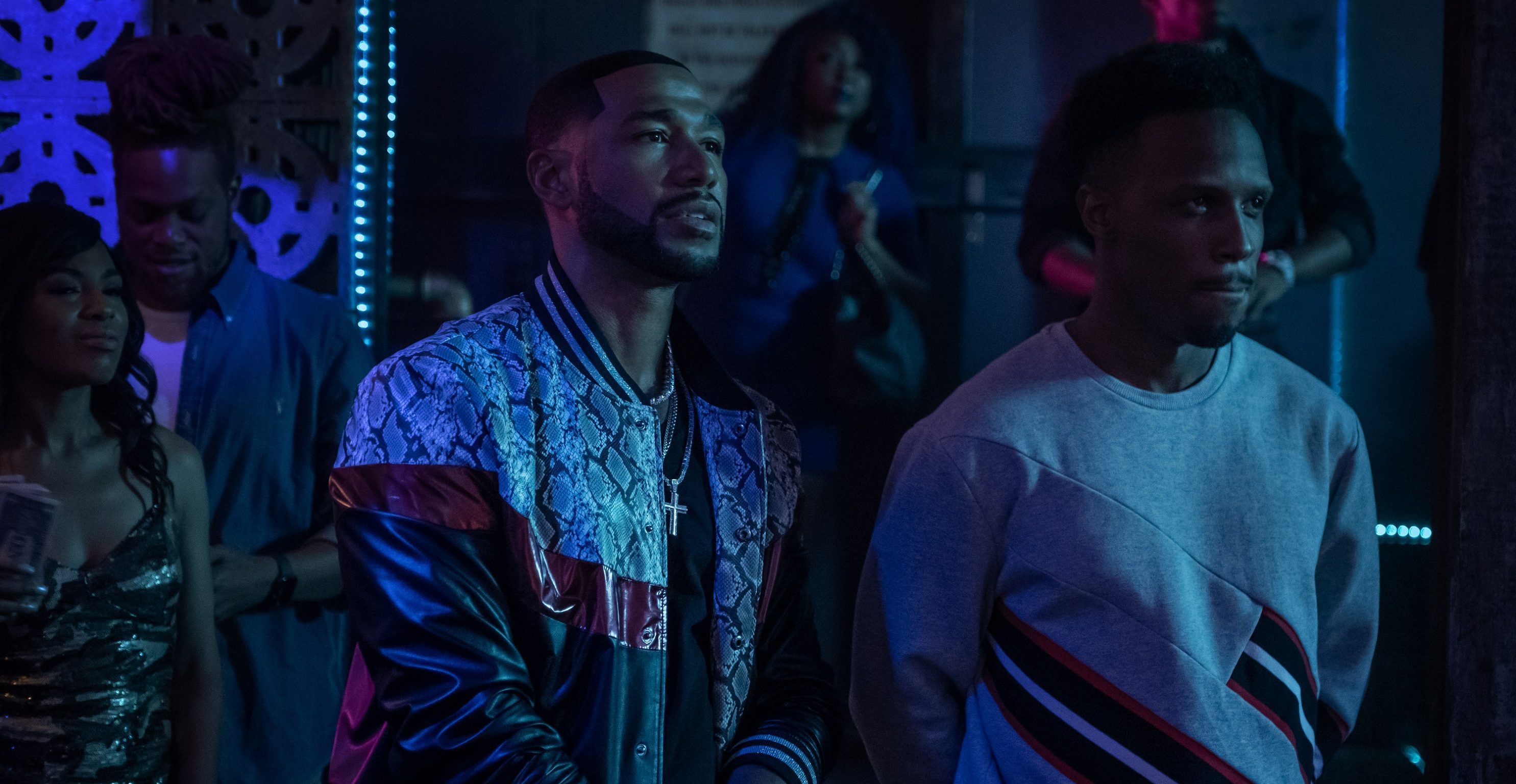 Keyshawn, after escaping from Rome, reveals everything that happened to Woddy, including the details about Lil Murda and Big Teak’s video clip. He realizes that Rome may try to hurt Lil Murda’s career using the video clip. Woddy knows Rome well enough to know that he will use the video to blackmail his client. As Lil Murda’s manager, Woddy gets scared of the music scene’s homophobia affecting the rapper’s career if the video gets leaked, which may affect his career as well. Thus, he makes Rome inhale poison by lying that it is cocaine.

Woddy waits for the poison to reach Rome’s system, nearly killing him. He only leaves the room after making sure that Rome is beyond help. Even though the latter’s guests call for an ambulance, Woddy’s behavior suggests that medical intervention cannot save Rome from dying. Although the episode doesn’t reveal whether Rome is really dead, considering the time Woddy denies him any help indicates that he most likely doesn’t stand a chance to survive. Since Rome is most likely dead, fans of the show must be wondering whether actor Blue Kimble had already left the show. Let’s find out!

Even though neither Starz nor Blue Kimble has formally announced the exit of the actor from ‘P-Valley,’ Rome’s most likely death indicates that Kimble had likely departed from the show. With the character’s possible death, Rome’s storyline gets concluded, possibly marking the end of Kimble’s time at the show. However, the ambiguity that revolves around Rome’s presumed death leaves a door open for the actor to return to the series if he had already left.

If Rome survives the poison, we may see him returning to Woddy, Lil Murda, and Big Teak’s life with the video clip. If not now, such a development may stir tensions in Lil Murda’s storyline as his career may get affected by the video. Like Montavius’ appearance towards the end of season 1, Rome may appear towards the end of season 2 if he manages to stay alive. If not, we might have seen the last of the actor in the show.

Read More: Will Diamond and Big Bone End Up Together in P-Valley? Theories