Ronen Rubinstein’s Tyler Kennedy “T.K.” Strand is one of the most adorable characters in Fox’s action series ‘9-1-1: Lone Star.’ T.K.’s tumultuous relationship with Carlos Reyes is at the heart of the show’s drama. However, the recent developments in the third season of the series startled the admirers of the character severely. The tragedy that befalls T.K. in the second episode of season 3 raised doubts regarding the character’s future in the procedural drama. If you are curious about Rubinstein’s commitment to the show and T.K.’s fate, we have got you covered!

What Happened to T.K.?

The third season of ‘9-1-1: Lone Star’ begins with a horrendous blizzard affecting Austin. In the second episode of season 3, T.K., Tommy, and Nancy commit to saving Abe, a boy trapped in a frozen lake. Due to the lack of firefighters, T.K. decides to save Abe himself with minimal support. During his attempt, a crack appears and he falls to the lake. Even though he manages to save Abe and get him to the ambulance, T.K. starts to suffer from hypothermia. He strips himself and lies on the cold ground when Tommy and Nancy attend to Abe.

After treating Abe, the two paramedics notice the absence of T.K. They find him naked and dealing with symptoms of hypothermia. Tommy tells T.K. that the symptoms are near-fatal and asks him to come with them. When Tommy and Nancy carry him to the ambulance, T.K. faints without any pulse. They get him to a hospital in critical condition, and Tommy tells Nancy that they need to find Owen after speaking with the doctor. So, is Ronen Rubinstein exiting the show as T.K. fights death? Let’s find out!

When the fire-engines get engaged to reach the lake to save Abe, T.K. courageously comes forward as an experienced former firefighter. However, his bravery in the line of duty leads him to a fight to stay alive. Like his ex-boyfriend Carlos, we get to see the harrowing sight of T.K. in critical care. The sudden turn of events that endanger T.K.’s life does raise doubts about the character’s potential death and Rubinstein’s possible exit. 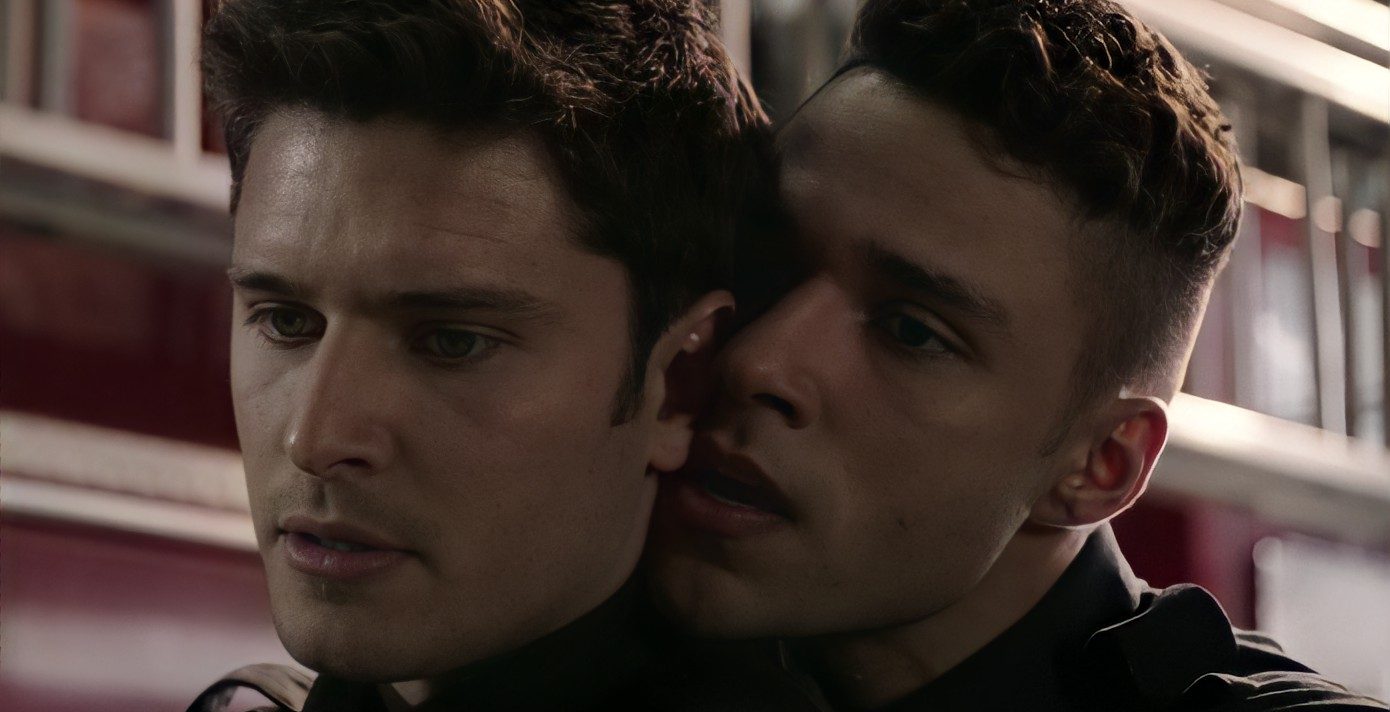 However, there are no official statements or announcements from Fox or Ronen Rubinstein regarding T.K.’s supposed departure. Moreover, in an interview given in January 2022, showrunner Tim Minear revealed that T.K.’s current state will be influential in the narrative going forward. According to Minear, the storyline is going to develop through T.K.’s efforts to survive and his learning about “something” consequential. The showrunner also added that the character will be a “rallying point” for the other pivotal characters.

Minear’s words indicate that T.K. will continue to be a significant part of the show’s narrative, irrespective of his current state. Taking the aforementioned factors into consideration, we believe that Ronen Rubinstein is likely to continue featuring in ‘9-1-1: Lone Star.’ The upcoming episodes may focus on T.K.’s struggles to recover from his near-fatal experience while executing his duty. His condition may also affect Carlos to stay close to his ex-boyfriend.