Is Shantaram’s Abdullah Taheri Based on a Real Gangster?

With Apple TV+’s drama thriller ‘Shantaram’ revolving around fugitive Lindsay “Lin” Ford as he tries to lose himself in the reality of Bombay, love, lust, corruption, and power take center stage. After all, not only is this 12-part original set in the vibrant yet dangerous 1980s India, but it also delves deep into the way simple ties to the criminal underworld lead to much more for the outlaw. Amongst those in his orbit are thus individuals like mob boss Abdel Khader “Khader Bhai” Khan as well as his right-hand man Abdullah Taheri — but let’s just focus on the latter for now, shall we?

Who is Abdullah Taheri and is He a Real Person?

Although it’s no secret ‘Shantaram’ is based on the eponymous 2003 book by Gregory David Roberts, which in itself is drawn from his actual experiences, Abdullah doesn’t really exist. In fact, most of the characters in this entire intricate narrative have been largely fictionalized to fit Lin’s saga, and they bear no real resemblance to a particular person the author ever encountered. That’s why Gregory (or as he prefers to go by, GDR) has always billed his written work as a novel, specifying that he created the characters, dialogues, and comprehensive structure from the ground up.

“Characters can be real people in this world, but that’s really a kind of photography in writing art,” GDR once said. “It isn’t the actual generation of a character from your own imagination, with all their flaws and all their glories… The kind of character we’re talking about here is not a two-dimensional drawing, it’s not a cartoon, it’s not invented for five minutes; it’s a real thing… [If] you follow all of the steps, with a rich backstory and with enough reality impasted upon that character from things you really know and you’ve really lived, people can have the feeling that they’re real even though [they’re not].”

He continued, “[My characters] are there to represent different aspects of our human family; some are brothers, some are mothers, some are sisters, some are fathers, some are leaders, some are followers.” And Abdullah is a brother to Lin in every way imaginable despite being a young Iranian who’s the complete opposite of the latter’s Australian-ness, per the novel as well as the series. It was actually crime lord Khader Bhai who pointed out they seemed like brothers, which held true even with their physical distinctions because they’re both revenge-motivated fighters living under his wings as fugitives. 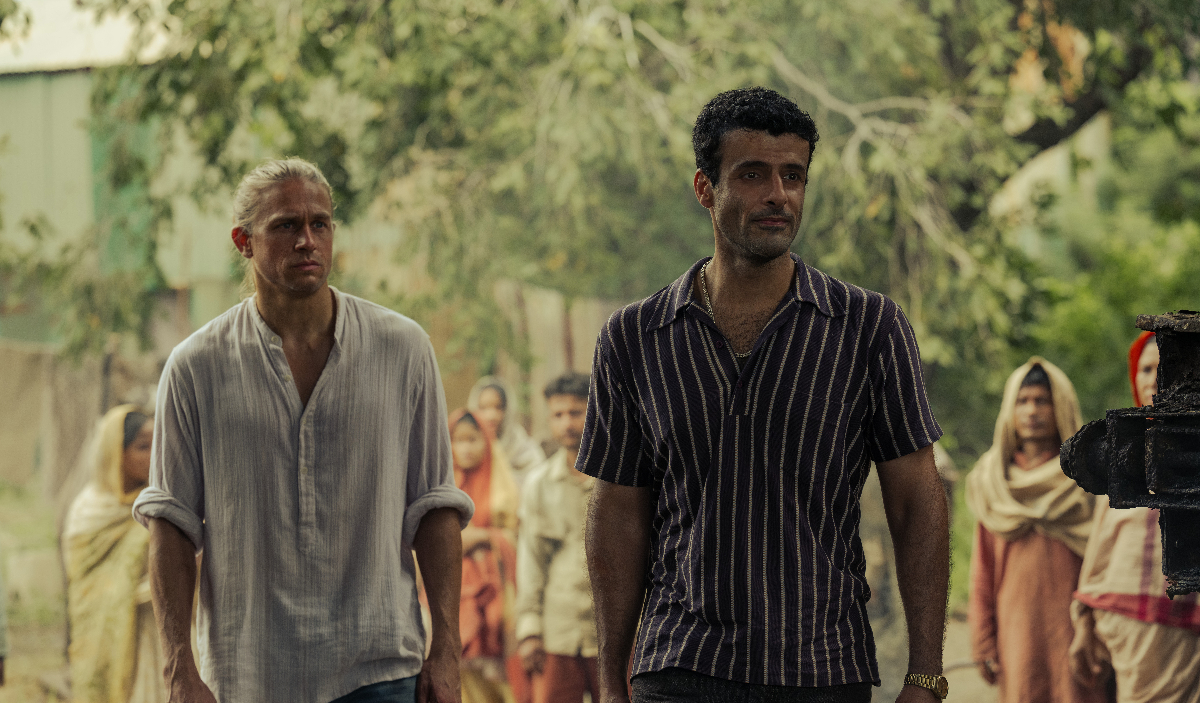 “Khader Bhai was right, of course. Abdullah and I were very much alike,” the book details from Lin’s point of view. “We were men of violence, when violence was required, and we weren’t afraid to break the law. We were both outlaws. We were both alone in the world. Abdullah, like me, was ready to die for any reason that seemed good enough on the day. But I’d never killed anyone. In that, we were different men.”

Coming to the core basis of Abdullah, as GDR’s remark above indicated, there is truly a lived realism to him since the latter himself did come across a few hard-headed, strong-willed, and utterly loyal Iranians during his time in Bombay in the 1980s. Also (SPOILER), the author did not stick to Abdullah being killed by an angry mob as an ending — he came out the other side completely safe — because he had this voice inside his head insisting that the fighter was just too important to kill off.

Read More: Is Shantaram’s Prabhu Based on a Real Indian Guide? Where is He Now?