Is Shooter Based on a True Story?

‘Shooter’ is an action-packed thriller that revolves around a Force Recon veteran named Bob Lee Swagger, who is called upon to help hinder the supposed plot to kill the President. Agreeing to get back into action, he gets framed for an ambush he didn’t commit by a rather rogue unit of personnel working for a private military firm. With everyone thinking of Swagger as the killer, he has to be on the run while looking for the real killer in order to prove his innocence.

Directed by Antoine Fuqua, the action drama movie features Mark Wahlberg, Michael Peña, Rhona Mitra, and Danny Glover in pivotal roles. The engaging narrative combined with the mystery of the real killer makes for a suspenseful and head-scratching watch. In several instances, innocent individuals have been framed — used as scapegoats for controversial situations — in real life. Therefore, it is very much possible for many to think that the story of ‘Shooter’ is somewhat true, if not entirely. If you are wondering whether or not ‘Shooter’ is based on a true story, we will help you find the answer!

Is Shooter a True Story?

‘Shooter’ is partially based on a true story. The action movie is based on the 1993 novel titled ‘Point of Impact’ by Stephen Hunter. Now, the story of this novel might not be inspired by real-life events, but the inspiration for the character of Bob Lee Swagger is very much real, as admitted by the author. So, since the movie follows the footsteps of the book, it would be safe to say that the narrative of this action thriller might not be based on a true story, but the character of Swagger (Mark Wahlberg) is indeed inspired by a real-life marksman. 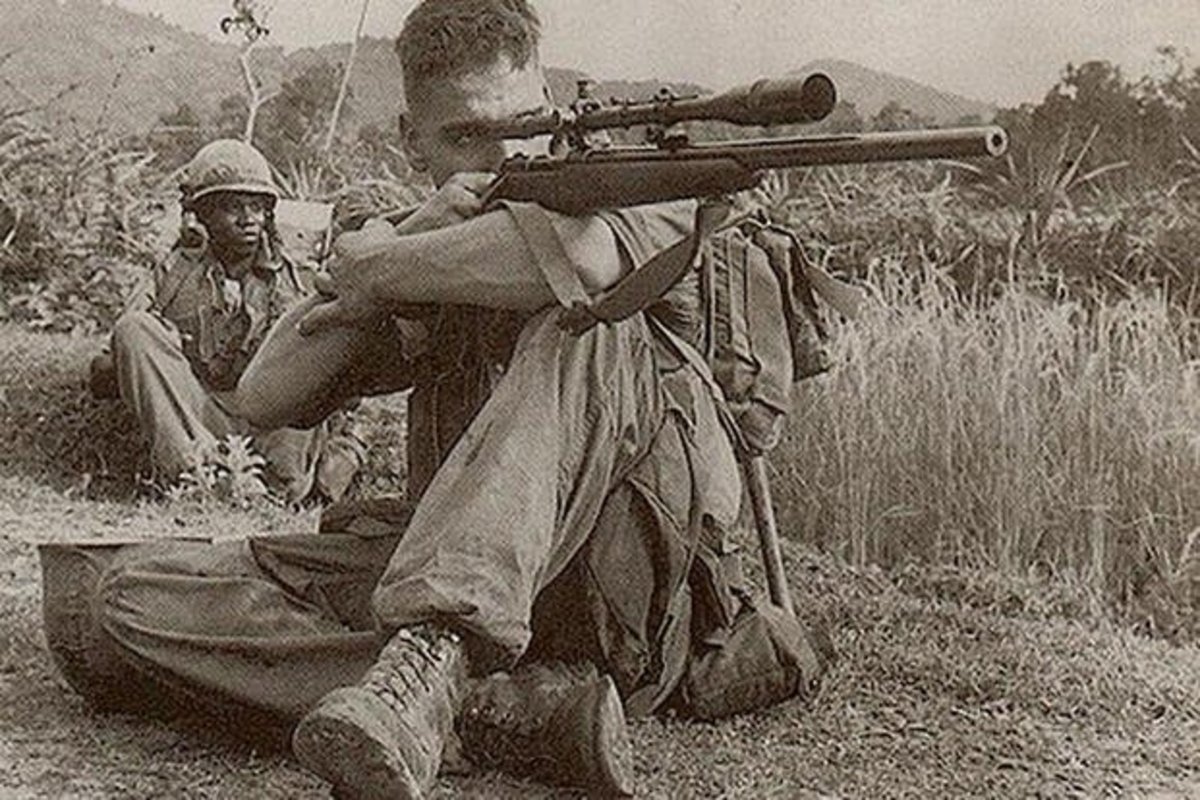 In the book titled ‘The Lineup: The World’s Greatest Crime Writers Tell the Inside Story of Their Greatest Detectives,’ the creator of Swagger’s character — Stephen Hunter — wrote that the inspiration for the character came from the United States Marine Corps Scout Sniper Carlos Hathcock. He was a marine NCO who had 93 kills to his name while on tour in Vietnam. While opening up about the source of his inspiration, Hunter further added, “The key to Bob Lee Swagger turned out to be not all the places he intersected with Carlos Hathcock, but all the places he deviated from him.”

Therefore, although a real-life sniper served as an inspiration for Mark Wahlberg’s character Swagger, the overall plot of ‘Shooter’ and the novel ‘Point of Impact’ is fictional and takes birth from the creative mind of Hunter. Interestingly, the 1993 movie ‘Sniper’ is also loosely based on the valiant Hathcock’s first Vietnam tour, cementing his legacy and keeping his legend alive. The Luis Llosa directorial stars Tom Berenger and Billy Zane in significant roles.

The USMC Scout Sniper, Carlos Hathcock, much like Bob Lee Swagger, had a certain reputation that made him stand out from the rest of the sharpshooters. He was a well-known and popular figure in the Vietnam War, among the Marines as well as the Viet Cong, who even gave him nicknames such as “White Feather” and “Long Trang,” for being the marksman with the highest number of confirmed kills in the entirety of the bloody conflict. If that’s not impressive enough, reportedly, North Vietnam once put a bounty of $30,000 on his head.

No matter how similar and alike Hathcock and Swagger are portrayed in the book and novel, the narrative involving the characters differs completely. For instance, when Hathcock was medically discharged from the Marines following his diagnosis of Multiple Sclerosis, he developed severe depression. Due to his medical condition, the skilled sniper had to use a wheelchair. In the film, the post-war life of Swagger is shown completely differently than Hathcock’s. To sum it up, we can state that although ‘Shooter’ takes the characteristics of the legendary Hathcock, it uses a fictional narrative to put them to effect in different and challenging scenarios through Swagger.

Read more: Where Was Shooter Filmed?