Is Six Minutes To Midnight Based on a True Story? 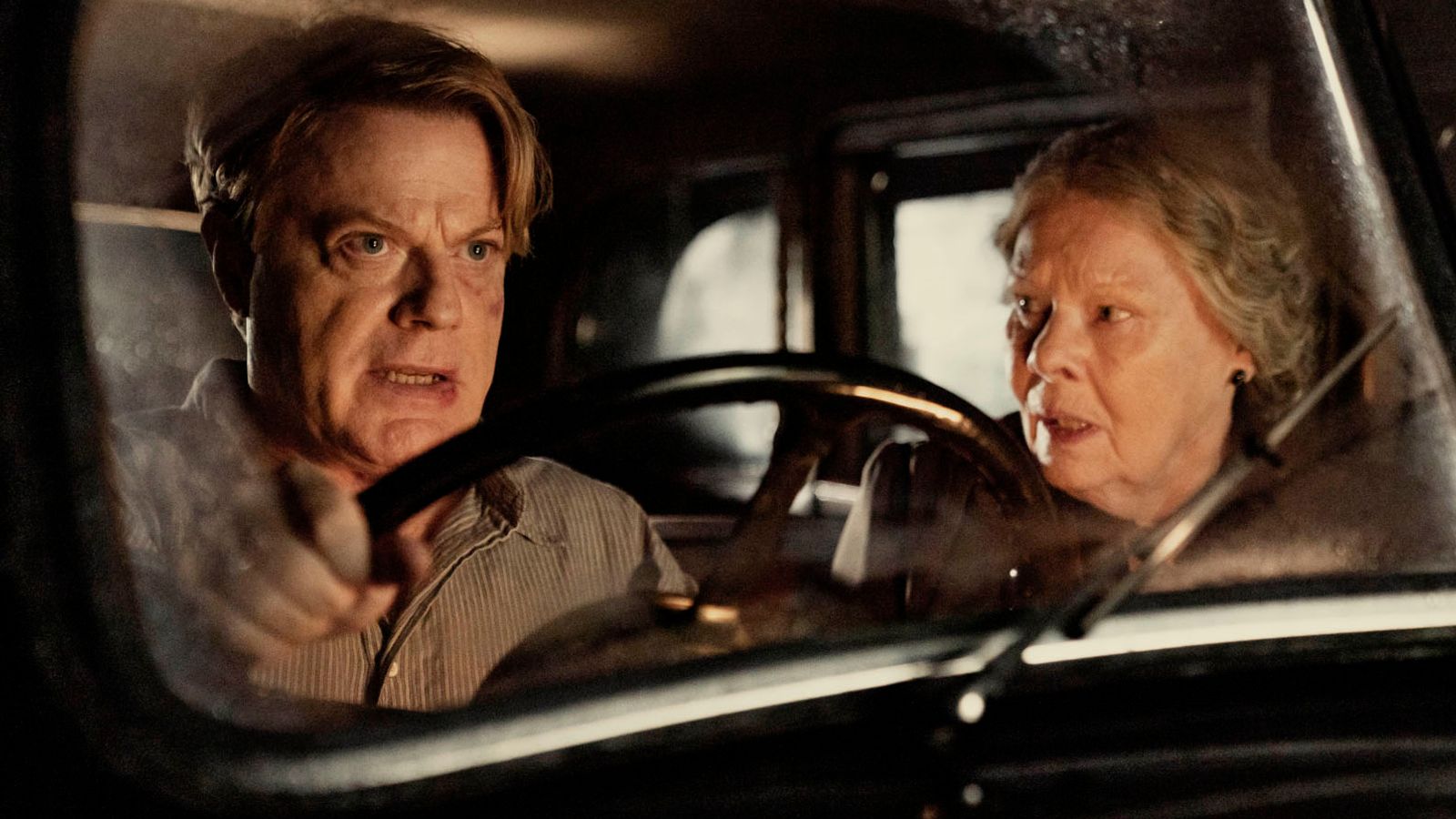 ‘Six Minutes To Midnight’ is a period drama film set during the events leading up to World War II. It revolves around a newly appointed English teacher, Thomas Miller (Eddie Izzard), and the conspiracy he uncovers at a finishing school for girls in Bexhill, United Kingdom. It is directed by Andy Goddard, who also contributed to a screenplay written by Eddie Izzard and Celyn Jones.

The war drama film is an intense story that deals with themes of peace and patriotism, with critics praising the particularly moving performances from Izzard and Judi Dench. The many political and cultural references to the late 1930s era will surely have audiences wondering whether the film is based on real-life incidents. Well, we did some investigation on the matter, and here’s everything we learned.

Is Six Minutes To Midnight Based on a True Story?

‘Six Minutes To Midnight’ is partially based on a true story. It is inspired by the real story of the students and faculty of the Augusta Victoria College for Girls in Bexhill-on-Sea, the United Kingdom. The college served as a finishing school for German girls who were educated to speak fluent English and adapt to the British culture. The college premises are located at Dorset Road, and the building exists to this date at the very location. It was founded in the early 1930s and closed down in 1939 at the onset of the Second World War.

It was named after Augusta Victoria of Schleswig-Holstein, popularly known in history as the last German empress. The school’s badge featured the Union Jack and the Nazi Swastika on opposite sides, clearly indicating its ties to Nazi Germany. The town of Bexhill itself is believed to have connections to Germany since the 1800s, and a troop of German infantry was posted in the seaside town during the Napoleonic wars. In those times, Bexhill was also an educational hub with many private and international educational institutes located in the city during the era.

The school was allegedly a part of Hitler’s plans to establish an alliance with Britain while he conquered the rest of Europe. The school educated nearly two dozen German girls, many of whom were related to high-ranking Nazi Officers, including Heinrich Himmler’s goddaughter, the niece of German Ambassador Herbert von Dirksen, and the daughter of Germany’s foreign minister Joachim von Ribbentrop. The girls used to read newspapers with German propaganda, practiced the German salute, listened to German radio broadcasts, and said to have celebrated Hitler’s birthday every year.

The school’s objective was believed to groom the girls to marry into British aristocracy when they came off age. It is unknown whether any of the school’s pupils did marry into British families. Much about what actually transpired at the school in the days leading up to the war remains shrouded in mystery. The girls reportedly traveled to their native land after the Munich Crisis in 1938. However, they quickly returned to the familiar school grounds. According to a newspaper article published in 1939 by the Bexhill Observer, the school’s head, Frau Helene Rocholl, stated, “There’s not going to be a war. It’s lessons as usual here.”

Nonetheless, Germany’s invasion of Poland in 1939 sparked the Second World War, and the school’s faculty and students had escaped to Germany mere days earlier. The film’s story was developed by Eddie Izzard, a Bexhill native who grew up in the city and researched for ten years on the story, which became her debut screenplay. The writer-actor addressed the story’s connection to reality in an interview with Herald Tribune.

Izzard said, “It’s set in the summer of ’39, just before war kicks off, based on and around true events with a real finishing school in a seaside town where German girls, a number of them daughters of Nazi high-command, went to finishing school, making inroads with the right-wing, a lot of aristocracy. The actor further added, “We know that Edward VIII was very positive on that, a number of people were very beguiled by the Nazis in Britain. They were making inroads and being positive ambassadors. So the story is fictitious, but the time it’s based in and around is true, and hopefully it can resonate.”

Izzard has certainly achieved her vision of creating an emotionally appealing film despite its heavy political references, which attempt to draw parallels between the politics of the 1930s to that of the present day, and are difficult to understand for viewers without the knowledge of that era’s history. All things said, ‘Six Minutes To Midnight’ has benefitted from the uncovered and unheard aspects of the true events that inspired it and weaves its own gripping and entertaining narrative.

Read More: Where Was Six Minutes To Midnight Filmed?