Is Somebody Somewhere Based on a True Story? 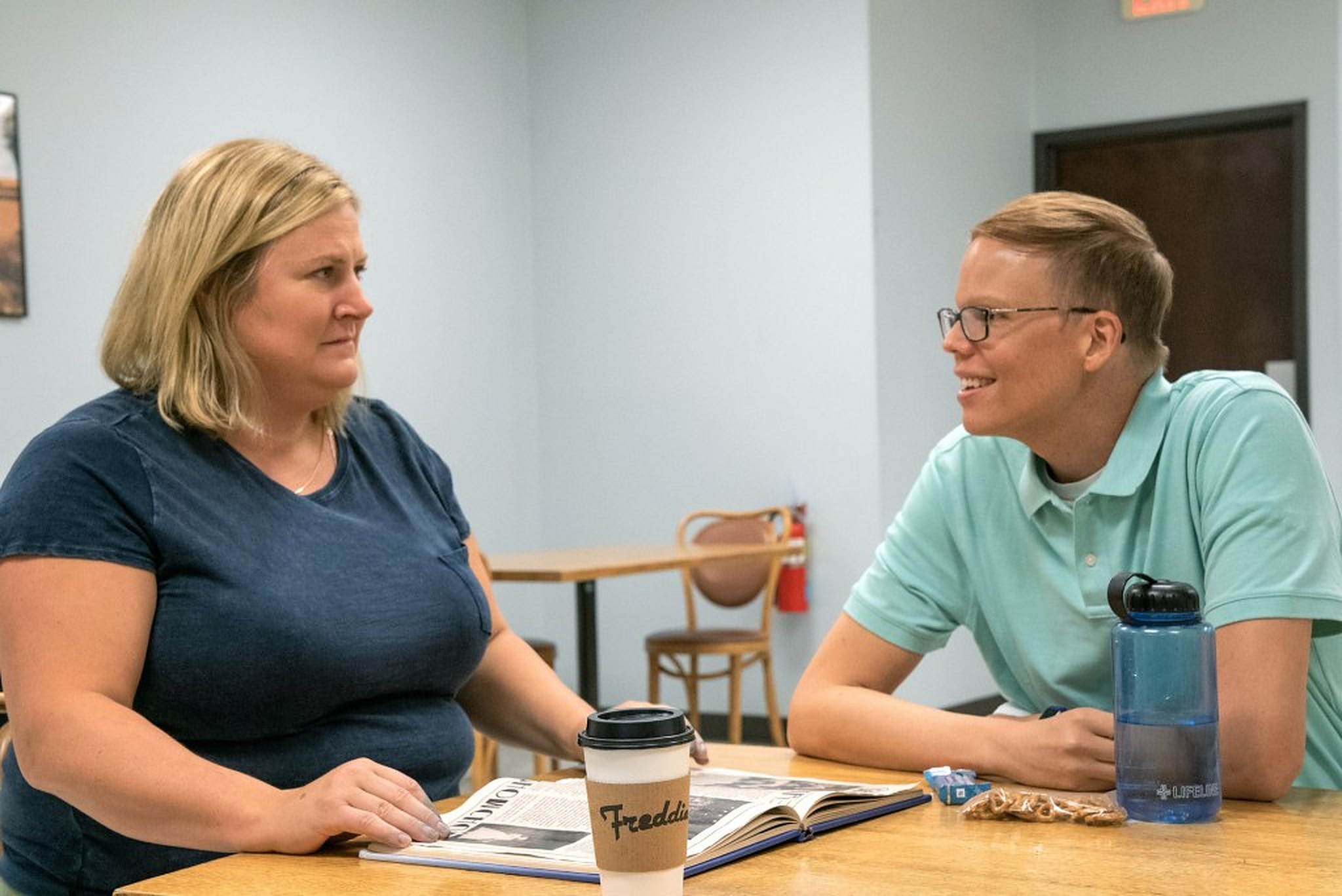 ‘Somebody Somewhere’ is a comedy-drama series on HBO that revolves around Sam, a woman in her 40s who is grieving the demise of her sister Holly. As she struggles to deal with her loss, she also begins feeling out of place in her hometown environment. Sam’s lack of socialization skills and family troubles push her further into a shell.

However, when she meets a group of like-minded people in choir practice, she begins to find a sense of belonging. The unique members of the choir group refuse to let the judgments of society define them, and their resilient nature inspires Sam to embrace her imperfections. Finally feeling accepted, Sam begins to heal with the help of her one true calling — singing.

Bridget Everett leads the cast as Sam, making the viewers laugh and cry with her stellar performance. ‘Somebody Somewhere’ is a witty yet emotional tale of finding one’s place in the world whilst riding the rollercoaster of life. The highly relatable storyline and realistic characters make one wonder whether it is a true story. Let’s find out if that’s the case.

Is Somebody Somewhere Based on a True Story?

‘Somebody Somewhere’ is partially based on a true story. The series draws inspiration from the real life of its lead actress Bridget Everett. Everett is a renowned comedian, actress, singer, writer, and cabaret performer. The youngest of six siblings, the 49-year-old Kansas native was born and raised in the town of Manhattan. Apart from living in and belonging to Manhattan, Kansas, the character of Sam has several similarities with Everett. This includes her history of being in a choir group in school and reconnecting with music during her adulthood.

In a conversation with Variety, the actress explained the genesis of the show — “It’s inspired by if I’d never moved to New York, what my life might be like. And the other parts that are in concert with my real life are the grief of losing a sister and then also the complex relationship I have with music and singing and what it means to me and how it informs my life and who I am.”

Furthermore, Everett stated that the characters of the series are based upon the people she grew up around in Kansas. She added that her mother Frederica resembles the character of Sam’s mother Mary Jo, played by actress Jane Brody. However, Mary Jo is rather toned down than her own mother, who is quite larger-than-life. Another commonality is that Everett worked in the restaurant business for 25 years before quitting it in her forties and fully focusing on show business. In ‘Somebody Somewhere,’ Sam too finds her true purpose to be music in her 40s.

About choosing Kansas as the setting for the series, Everett said in an interview to New York Post, “We didn’t want to make [the show] be about judgment or politics — I wanted it to feel like the people that I knew growing up in Kansas.” She further added, “Little things, like feeling the military [presence], because I grew up next to Fort Riley. You want to feel the school, you want to feel the limestone buildings. I’m sure I’m still going to get s–t from some of my friends back home about how I didn’t nail this or nail that, but we really tried hard to make it as Kansas-y as we could.”

Some aspects of ‘Somebody Somewhere‘ are also rather different from Everett’s life. For example, Sam shares an endearing bond with her father Ed in the series, but Everett wasn’t really close to her father in real life. On top of that, the actress is much more outspoken and livelier in person than Sam, who is shown to be rather cynical and introverted in the series.

Though ‘Somebody Somewhere’ is not fully based on an actual story, it beautifully portrays the struggles faced by middle-aged people and communities living in small towns. It also realistically explores the themes of grief, self-doubt, the need for acceptance and love, as well as breaking free from one’s inhibitions to become liberated. All in all, the series and its characters give every viewer something to relate to.