Is Southpaw a True Story? 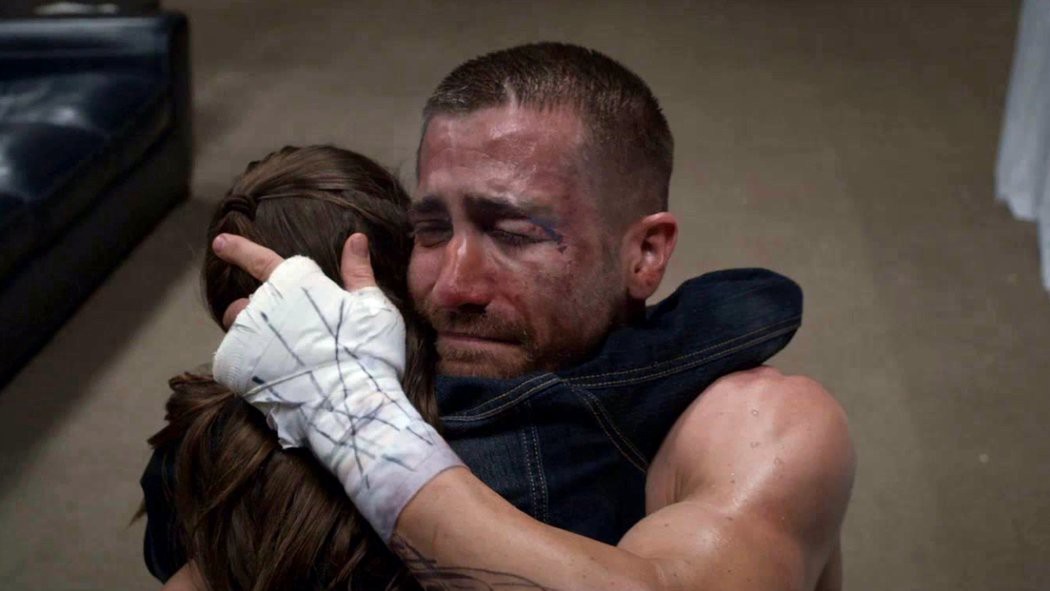 Directed by Antoine Fuqua (‘The Equalizer’), ‘Southpaw’ is an exhilarating and tear-jerking movie that stars the remarkable Jake Gyllenhaal as Billy Hope, a champion boxer almost at the end of his career, who is dealt a cruel hand of fate by life. The realistic and hard-hitting portrayal of Billy’s struggle to face his grim fate, his despair at the world crumbling around him, and his final triumph fuelled by his daughter’s love are what make this emotional-rollercoaster of a journey memorable. The movie opens with Billy Hope in a tough and challenging fight, which leaves him victorious but bruised.

His wife Maureen (Rachel McAdams) then requests him to quit while he is ahead, fearing that he will endanger himself and his time with his daughter if he carries on this way. Being a man brought up in violence and knowing nothing apart from the fame he received from boxing, Billy chooses to ignore this and instead listens to his friends who encourage his rise to fame. The champion boxer is then challenged by a young hot-blooded newcomer (Miguel Gomez) who taunts the already fame-obsessed champion into a winner takes all match. Before the match even takes place, a violent altercation between the two leave Hope’s wife with a gunshot wound and Hope with a completely devastating hollow in his life.

Unable to cope with the loss of his wife, he turns to the bottle and finds himself getting barred from his beloved boxing and at risk of losing his daughter forever. The movie brilliantly depicts the fallacy of a man blinded by fame. It also showcases how violence and love, the two extreme ends of the spectrum, can coexist in someone and how men who live in violence are often saved by the love and gentleness of their children. Billy’s ordeals and his way of coping with utter despair seem so real in the movie that we had to dig deeper to find out whether ‘Southpaw’ is based on a true story, and this is what we uncovered.

Is Southpaw Based on a True Story?

No, ‘Southpaw’ is not based on a true story. While the character of Billy Hope does not exist in the annals of history, nor does a boxer have a similar life story, the story of ‘Southpaw’ was written as an analogy to the life of another person who very much exists in the real world. As publicly stated and admitted to by the screenwriter Kurt Setter, his inspiration for the story was the life of the world-famous rapper Eminem. Sutter wanted ‘Southpaw’ to become the unofficial sequel to ‘8 Mile’, the semi-biographical movie based on Eminem’s life. 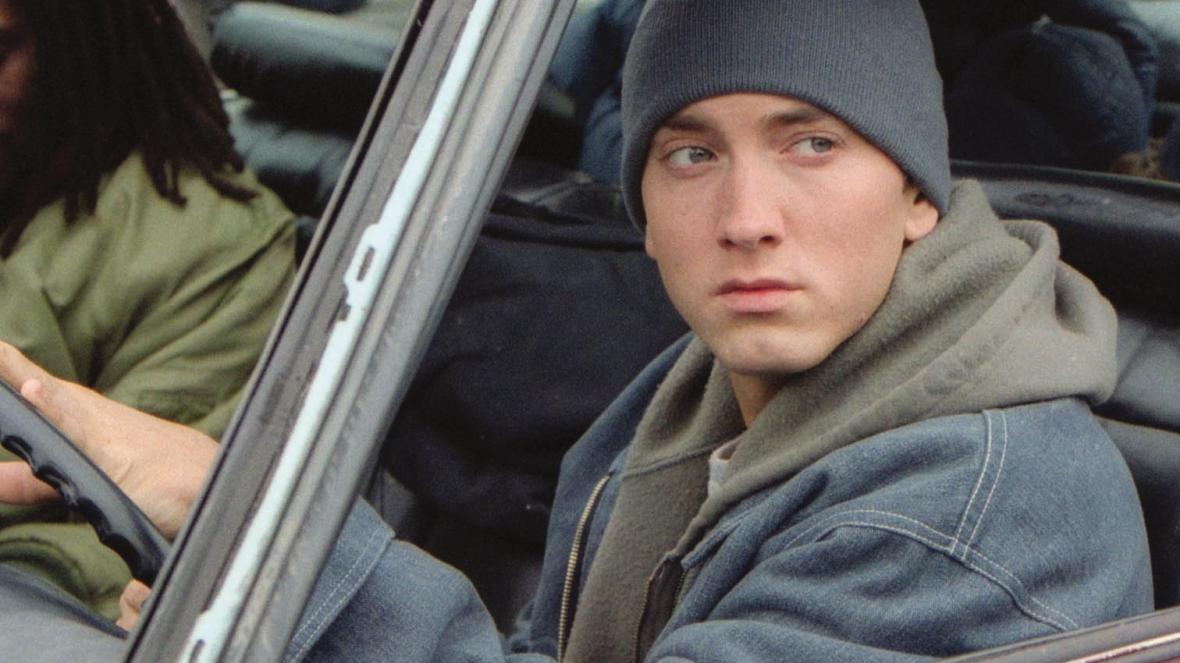 He also clarified that the relationship between Hope and his daughter would complement that of Eminem’s with his daughter Hailie and that the boxing in the movie would be purely symbolic and would mirror Eminem’s turbulent journey through life. Eminem was also set to play the role of Billy Hope in the movie but he was replaced by Jake Gyllenhaal due to his reluctance to act in any movie after ‘8 Mile’. 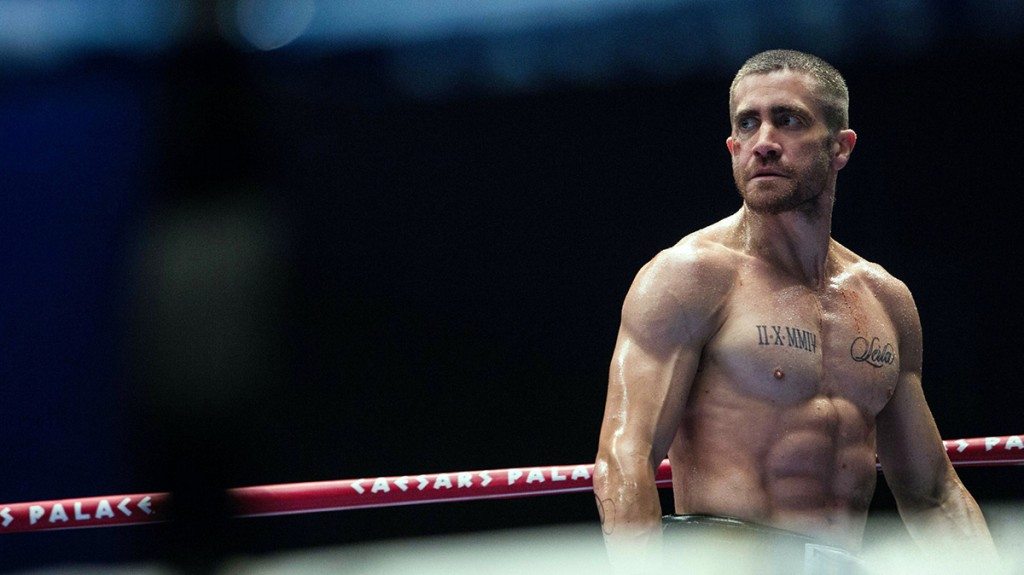 Sutter, in an interview with Deadline, said, “In a way, this is a continuation of the 8 Mile story, but rather than a literal biography, we are doing a metaphorical narrative of the second chapter of his life. He’ll play a world champion boxer who really hits a hard bottom, and has to fight to win back his life for his young daughter. At its core, this is a retelling of his struggles over the last five years of his life, using the boxing analogy.”

Just like Billy in ‘Southpaw,’ Eminem had a rough and violent upbringing. He even struggled with drug addiction from childhood. In one of his tracks, Eminem alleged that his mother would go to the length of drugging her son just to satisfy her own addiction. The rapper never found a loving home and was forced to grow up in the violent and insecure Detroit streets. Like Billy, Eminem had to fight for his needs and wants right from childhood, and hence violence enveloped the majority of his character with love forced away to a deep dark corner.

Growing up and finding major fame in the music industry blinded Eminem to his own violent acts, which apparently alienated him more and more from his wife and daughter. The rapper got into some very publicized spats with his ex-wife, Kim. Eminem’s growing violence was also portrayed in a song the rapper released titled “Kim,” in which he provided graphic descriptions of killing his wife. As a result of this onslaught of violence, Kim filed a lawsuit against him and also won full custody of their daughter, with Eminem relegated to a “liberal parenting” role.

At this point in his life, Eminem’s world, much like Billy’s was collapsing all around him, and he allegedly lost himself in drug abuse to let go of reality. According to Eminem’s maternal Grandmother, Betty Kresin, Hailie means the whole world to the rapper, and she was crazy about her dad. It was Eminem’s love towards his daughter and family that forced him to rehabilitate himself from drug use and build his life up again using his fame for good.

Eminem got rid of his drug habit, repaired his relationship with his ex-wife into a more amicable one, and got back joint custody of his beloved daughter. Thus, here is the final parallel to ‘Southpaw’, where a man drowned in violence is saved by the love and innocence of his child. Like Billy, who triumphs over his harsh fate to get his daughter back, Eminem too triumphed over the hand life dealt him and is known in the world today as a successful rapper, brilliant lyricist, and an equally doting father.