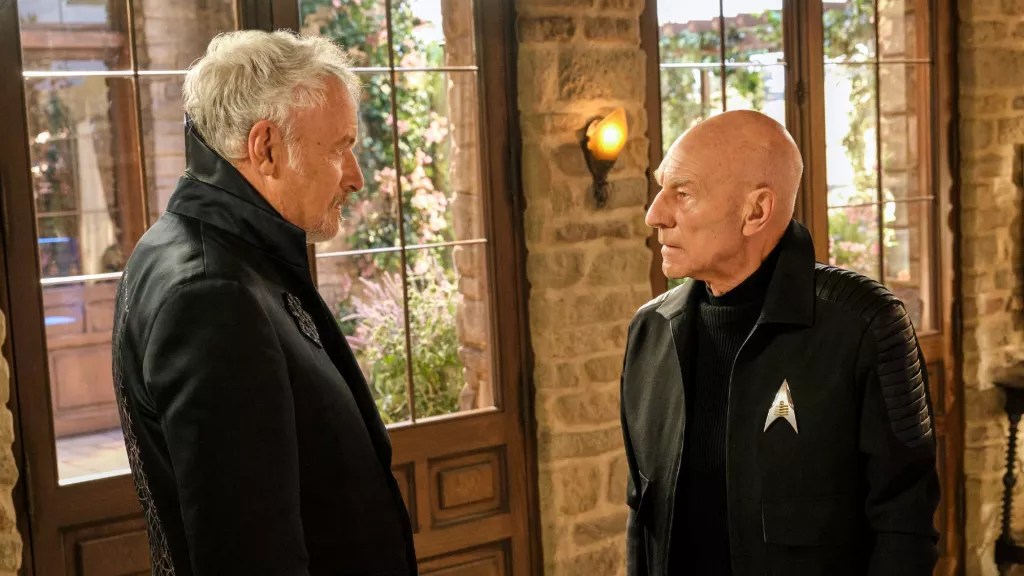 Created by Akiva Goldsman, Michael Chabon, Kirsten Beyer, and Alex Kurtzman, ‘Star Trek: Picard‘ is an action drama series that is a follow-up series to ‘Star Trek: The Next Generation’ and ‘Star Trek: Nemesis’ portraying the next chapter in the life of Jean-Luc Picard. The series revolves around the retired Picard, who is still reeling from the death of Data as well as the annihilation of the planet Romulus.

Featuring compelling performances from several talented actors such as Patrick Stewart, Alison Pill, Santiago Cabrera, and Michelle Hurd in critical roles, the series is bound to keep you hooked, even more so if you are a fan of the Star Trek franchise. If you want to learn about this adventure series in a detailed manner, let us be your guide.

What is Star Trek: Picard About?

Set in the 24th Century, ‘Star Trek: Picard’ follows the life of the iconic character Jean-Luc Picard, more than a decade into his retirement from the Starfleet. He is shown to live a quiet and peaceful life, minding his own business on his vineyard, which is called Chateau Picard. However, his calm and quiet are disturbed when he is approached for some help by a mysterious young woman named Dahj.

As the interaction between the two become more frequent and the mystery unfolds, he slowly realizes that the young woman may be personally connected to his past in some sort of way. This raises several questions in his mind, but there doesn’t seem to be anyone there to provide him with the answers he is searching for. So, Picard has to pick himself up and face all the challenges that come his way. In case you would like to catch the show, here is how and where you can stream it online!

Is Star Trek: Picard on Netflix?

We hate to break it to you, but ‘Star Trek: Picard’ is and will not be available for streaming on Netflix anytime soon. Fans of the science fiction genre can stream a similar alternative like ‘Lost in Space.’

If you are a Prime subscriber, you are in for some disappointment as the drama series is only accessible to stream on Amazon Prime Video by adding the Paramount+ subscription. Apart from that, you can buy or rent the first season of ‘Star Trek: Picard’ too. You can do any of the aforementioned here.

Is Star Trek: Picard on Hulu?

Hulu subscribers will have to search for ‘Star Trek: Picard’ on other streaming platforms as it is not available on this platform as of now. Viewers who are into the Star Trek franchise can indulge in ‘Star Trek Into Darkness.’

Sadly, HBO Max does not contain this action series in its expansive catalog of movies and TV series at the moment. However, viewers do have the option to choose from other science fiction content like the Michael Bay directorial ‘Transformers.’

‘Star Trek: Picard’ is made exclusively available for the popular streaming service Paramount+, which was earlier known as CBS All Access. When it comes to the VOD platforms, the science-fiction drama series is not available on any of them. However, the first season of the series is available on Microsoft Store, iTunes, Google Play, and Vudu.

How to Stream Star Trek: Picard for Free?

Paramount+ currently offers a 7-day free trial period to the platform’s new subscribers. So, if you are yet to subscribe to the platform, you can watch the show for free. Apart from this, there is no other way for viewers to catch this series online for free. Moreover, we encourage all our readers to refrain from taking illegal measures to access content on the internet.