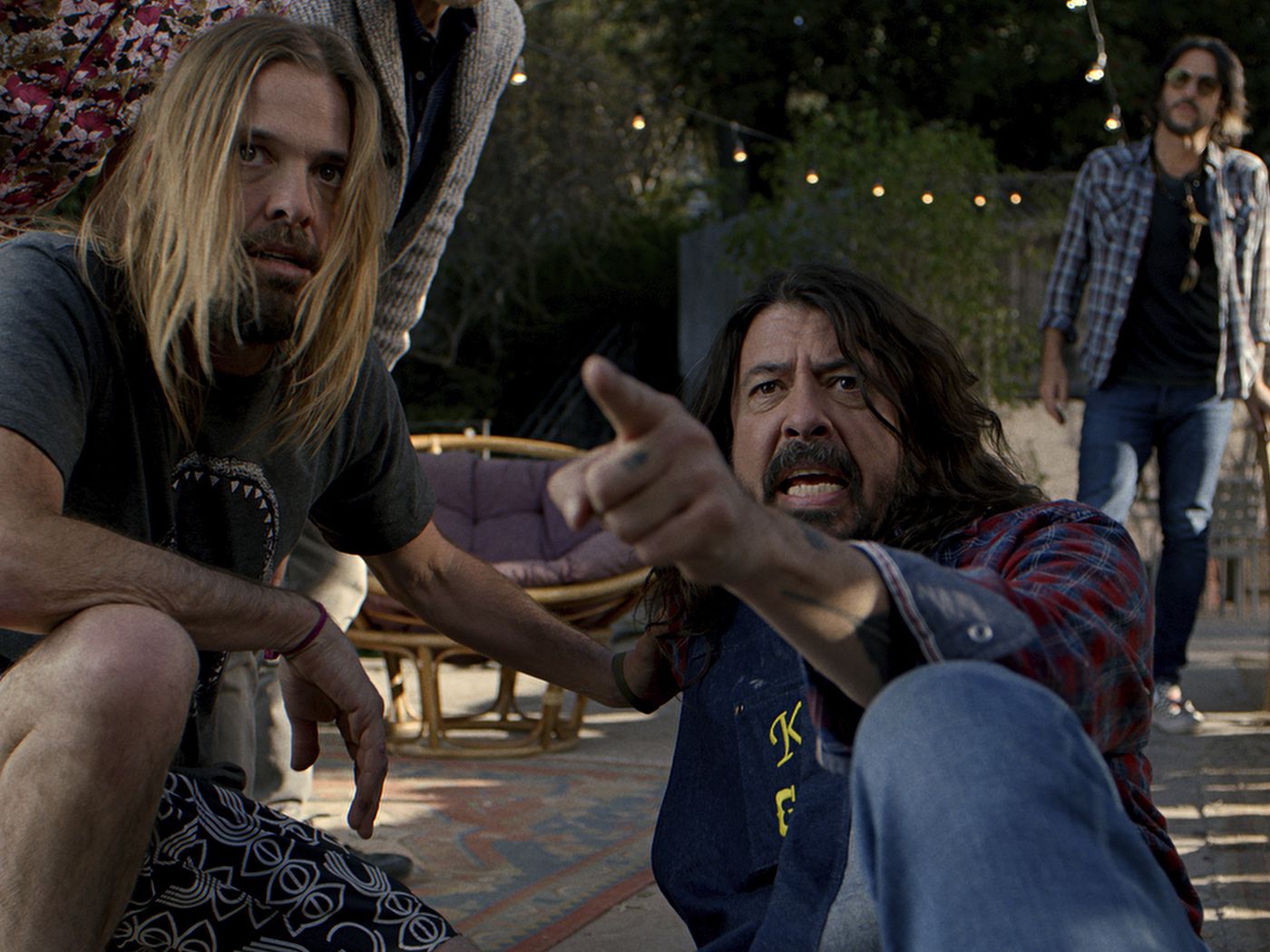 ‘Studio 666’ is a horror-comedy movie that revolves around the legendary rock band Foo Fighters and their struggle to record their tenth album by moving into an Encino mansion. The lead vocalist of the band, Dave Grohl, finds himself in a battle with paranormal forces that reside within that house. Directed by B.J. McDonnell based on a story by Grohl, the supernatural movie stars the Foo Fighters, which include Dave Grohl, Nate Mendel, Chris Shiflett, Taylor Hawkins, Pat Smear, and Rami Jaffee. So, if this film sparks an interest in you and you wish to catch the action through your own eyes, allow us to tell you where you can watch it!

The movie centers upon the members of the legendary rock band Foo Fighters as they move into an Encino mansion, which is apparently steeped in dark rock and roll history, to record their highly anticipated 10th studio album. Once they begin to work on their album, Dave Grohl, the lead singer of the rock band, comes across supernatural forces living in the mansion.

Not only do the paranormal forces threaten the completion of the band’s project but also the lives of the band members — Chris Shiflett, Taylor Hawkins, Dave Grohl, Nate Mendel, Rami Jaffee, and Pat Smear. Want to find out how Grohl and other members raise hell upon the entities hindering their mission? Well, we have all the details about where you can watch the film!

No, ‘Studio 666’ is not available to stream on Netflix as of now. But if you are looking to watch something similar, there are plenty of options on the platform. You can watch other horror comedies such as ‘The Babysitter’ and ‘Mansion.’

No, you will not find ‘Studio 666’ on Hulu at the moment and will have to check its availability on other streaming platforms. However, you can watch similar movies like ‘Spree‘ and ‘Villains’ on the platform.

Is Studio 666 on Amazon Prime Video?

‘Studio 666’ is not yet available to watch on Amazon Prime Video. Moreover, it is not even available as on-demand content to purchase on this platform. Hence, if you are a Prime subscriber, you can watch other movies such as ‘Extra Ordinary’ and ‘The VelociPastor‘.

We hate to break it to you, but the horror-comedy is not available to stream on HBO Max. Nevertheless, we believe you will enjoy watching other similar films like ‘Bad Milo!‘ and ‘John Dies at the End.’

Where to Watch Studio 666 Online?

‘Studio 666’ is exclusively available in theaters starting February 25, 2022. Therefore, the supernatural comedy is yet to be available to stream or buy on-demand on any of the digital platforms. So, if you cannot wait and want to watch ‘Studio 666’ sooner rather than later, you can book your tickets for the movie on the official website of ‘Studio 666’ and Fandango.

How to Stream Studio 666 for Free?

As of now, the movie can only be watched in the theaters. Hence, if you are looking to stream the movie for free, you will have to wait for quite a while before it becomes available on any of the subscription platforms. Moreover, we encourage our readers to not watch any content online for free and always pay to watch in order to support the art form.

Read more: Where Was Studio 666 Filmed?