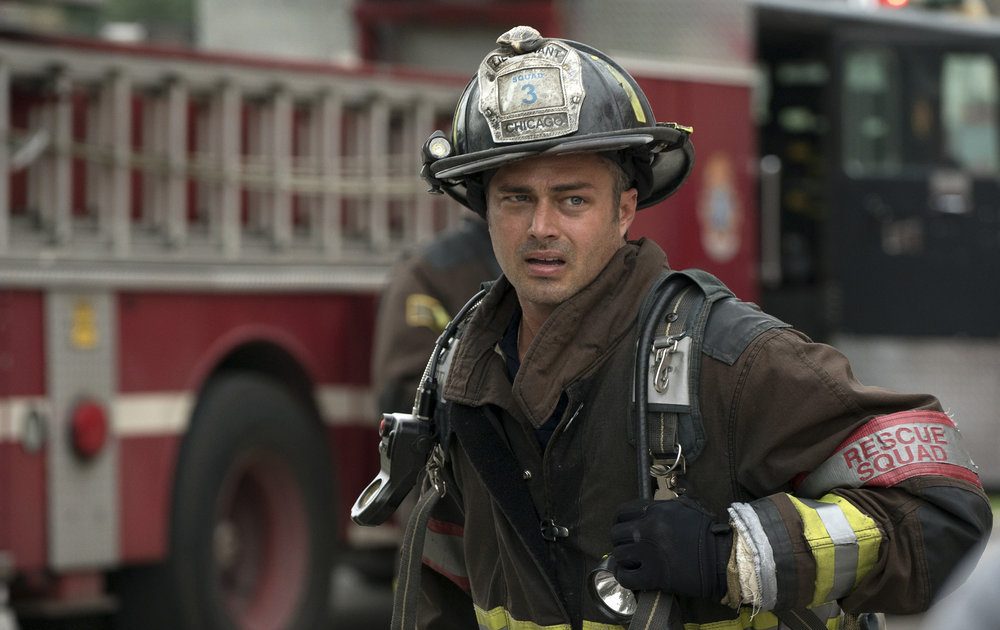 ‘Chicago Fire’ is an action series that focuses on the lives of the fictional Firehouse 51 crew members. Various interpersonal conflicts arising from the crew members’ attempts to balance their challenging profession with aspects of their personal lives have entertained fans for nine seasons now. These conflicts usually culminate in a thrilling season finale with a life or death cliffhanger, which has become the show’s USP and separates it from other similar shows such as ‘Station 19‘ and ‘9-1-1: Lone Star.’

Fans are currently preparing for a similar finale to the show’s currently on-air season 9 and bracing themselves for losing another important cast member. Actor Taylor Kinney, who essays the role of Lieutenant Kelly Severide, has been rumored to be departing the series at the end of season 9. If you are wondering whether the rumors have some truth to them or are merely gossip, you must be looking for answers. In that case, allow us to share everything we know.

Taylor Kinney’s Lieutenant Kelly Severide is an integral part of the Firehouse 51 crew and serves as the leader of Rescue Squad 3. He is first introduced in the pilot episode and has a falling out with Captain Casey, but they reconcile by the end of the season. Over the course of the show’s nine seasons, Kelly’s personal demons sometimes take over, but he eventually manages to vanquish them. The lieutenant is currently in a steady relationship with his colleague, Stella Kidd, and the two have sustained their relationship despite many challenges. 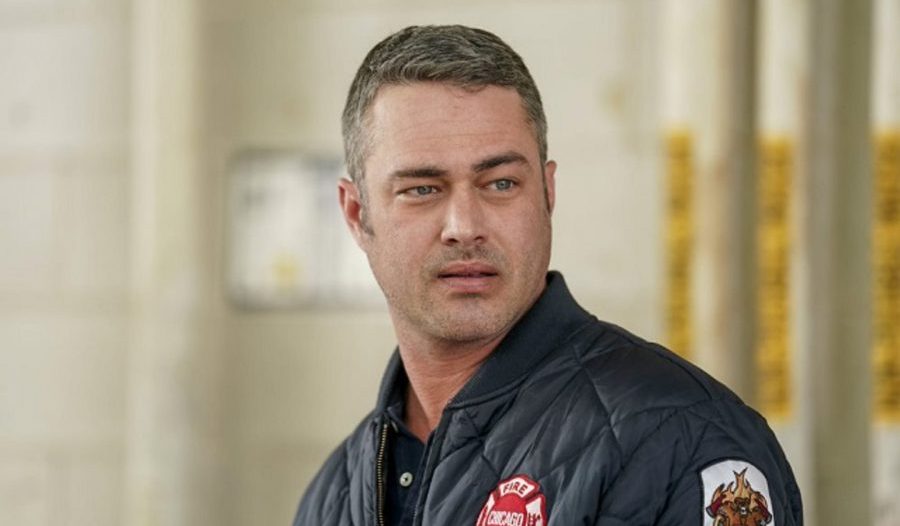 As season nine approaches its inevitable finale, fans have begun to worry that Kelly’s storyline is also drawing to a conclusion. With that, it could also be the end of actor Taylor Kinney’s time on the show. Since the first season, Kinney has been a main cast member, and his character Kelly is one of the most popular characters on the show. Kelly’s relationship with Kidd has been a highlight of the recent seasons. With Kidd being primed to earn the rank of a Lieutenant, it has been speculated that Kelly could vacate his position to allow Kidd to remain at Firehouse 51.

Another reason why the rumors make sense is that Kinney is reportedly out of contract at the end of season nine. According to Deadline, the actor renewed his contract at the end of season 7 for two more years. Therefore, season 9 is the last of the actor’s commitment to the series, and he is yet to renew for additional seasons. ‘The Vampire Diaries‘ fame actor has been appearing on ‘Chicago Fire’ and its sister shows for nearly a decade. Hence, he may wish to pursue other career opportunities. However, Kinney is yet to openly express a desire to exit the series.

Showrunner Derek Haas has teased massive shakeups in an emotionally wrecking finale for season 9. The cryptic tease has fueled fan speculation that actress Miranda Rae Mayo who essays Stella Kidd, and Jesse Spencer, who plays Captain Casey, could potentially leave the series. Amidst all the speculation given his contract situation, it is Kinney whose exit seems the most likely. Kelly could sacrifice himself in the season finale to save Casey, thus bookending their friendship and opening the door for Kidd to become his replacement.

At this point, nothing can be said for sure, and Kinney could very well return for season 10. The series has already been renewed through to season 11, and the creative team likely has a long-term future of all the characters already drawn out. For now, fans will have to wait for any official confirmation on Kinney’s future with the show and can look forward to the season 9 finale to gauge some clues.