Is The Con Is On a True Story?

What happens when you mix a hilariously bizarre plot with some rather big names in the industry? Why, you get ‘The Con Is On,’ of course! Starring Uma Thurman, Tim Roth, Alice Eve, Sofia Vergara, and Maggie Q, this heist flick is one that manages to stand out owing to the erratic relationships between the characters. Are you wondering if it was based on a true story? Well, we’re here to discuss this with you!

Is The Con Is On Based on a True Story?

No, ‘The Con Is On’ is not based on a true story. The script has been penned by Alex Michaelides and James Oakley, who is also the director of the movie. The story revolves around a married couple, Peter and Harriet “Harry” Fox, who must protect themselves from a gangster whose money the wife has gambled away. As the film progresses, we learn more about the dysfunctional relationship that Peter and his wife share. 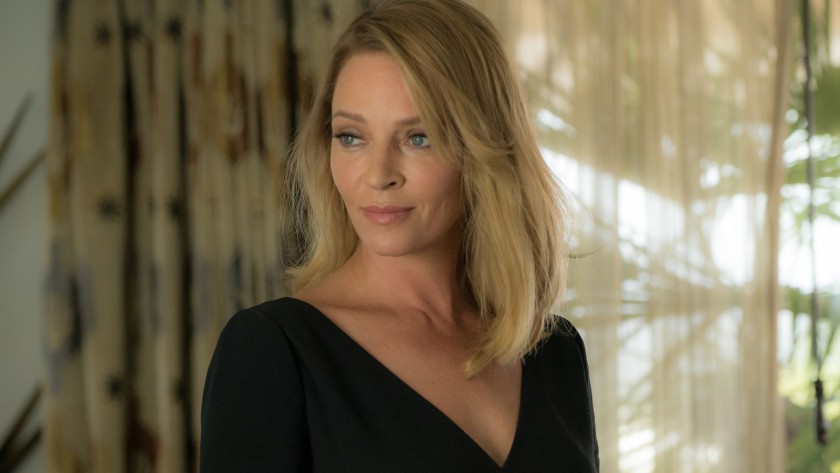 It also turns out that Irina, the gangster, is in love with Harry. The married couple goes to LA to protect themselves and also meet up with an old acquaintance, Sidney, who clandestinely snitches about Harry’s presence to Irina. As expected, Irina lands up in the City of Angels. In the meantime, the couple must figure out how to earn the money back so that Harry can finally clear her debt. It is eventually decided that Peter will get in touch with his ex-wife, Jackie, who has been gifted an expensive ring by her rich and famous husband, Gabriel Anderson, who serves as a director.

The Foxes plan to steal this multi-million dollar piece of jewelry to secure their future. Talking about her role, Thurman told Entertainment Weekly, “My character, Harriet, is such a fun woman to play. She’s just naughty and unscrupulous and I find her extremely amusing. The character herself puts me in such a good mood… I felt what we were doing was so fun, daring, stylish, and playful that I just sort of didn’t care.”

No heist movie is complete without some complications. But in ‘The Con Is On,’ we see a rather different set of complexities altogether. The con artists don’t face any threats from law enforcement agencies or other such individuals (apart from the gangster, of course). Instead, what holds the ability to jeopardize their mission is Jackie’s messed up relationship with her own husband. Honestly, Peter and Harry certainly have it easier in the larger scheme of things. Tim Roth plays Peter, and he makes for one supportive husband who just can’t let go of his dry vodka martinis. 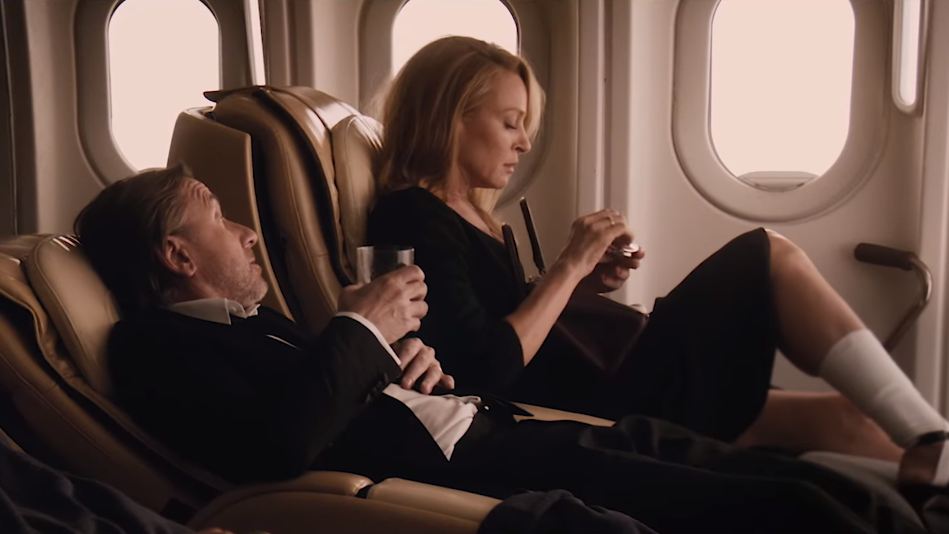 Speaking about their chemistry, Thurman said, “These characters are totally oblivious English people! The way they’re written is as such a comic dynamic duo. She’s constantly screwing him over and abandoning him in Morocco on multiple occasions… this idea that these two people are bound together by their delight in criminal activity, yet he loves her even though she’s constantly betraying him, it’s great fun and the writing is funny…” It is evident that the cast had as much fun behind the camera as they did on screen.

Read More: The Con Is On Ending, Explained